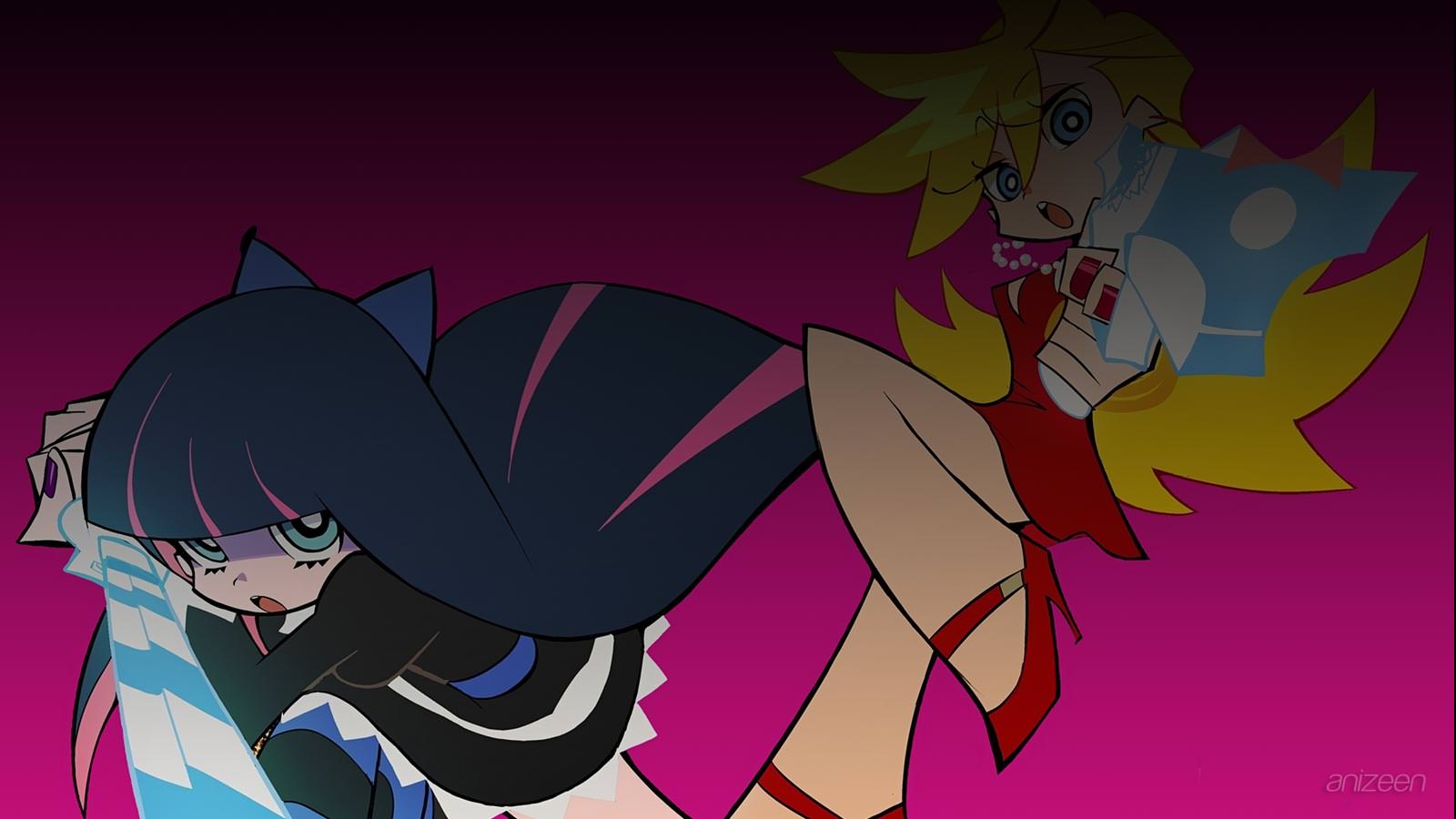 Panty and Stocking are angels who were kicked out of heaven due to their bad behavior.

They were sent to Daten City, a compound word of Japanese DATENSHI -or fallen angel- and CITY, it is a place located somewhere between heaven and hell, where strange monsters called “Ghosts” start terrorizing the place.

Under the watchful eye of Reverend Garterbelt, it’s up to Panty and Stocking to destroy these Ghosts, and by doing so they receive Heaven Coins which will allow them back into heaven.

Panty and Stocking are sent to investigate a series of cases in which people are being eaten by toilets. The culprit is the ghost of a plumber who died from the stench of a toilet clog, which transforms into a poop monster spreading bad smells across Daten City.

After that, Panty and Stocking are sent to chase after a ghost who can possess vehicles. Panty’s underwear ends up on its head, making it troublesome to get them back without damaging them.

Panty is is lustful, she is a blonde girl who is always looking for handsome men to have sex with. Her panties transform into a pistol called “Backlace” used to battle the ghosts of Daten City.

Stocking is Panty’s younger sister. A black-haired ‘goth loli’ girl with a gluttonous appetite for sweet desserts. Her stockings transform into a pair of swords: “Stripes I & II.”

Garterbelt is the reverend of Daten City, he is a large man with a large afro. He gives the girls their missions and is constantly bewildered by their erratic behaviour.