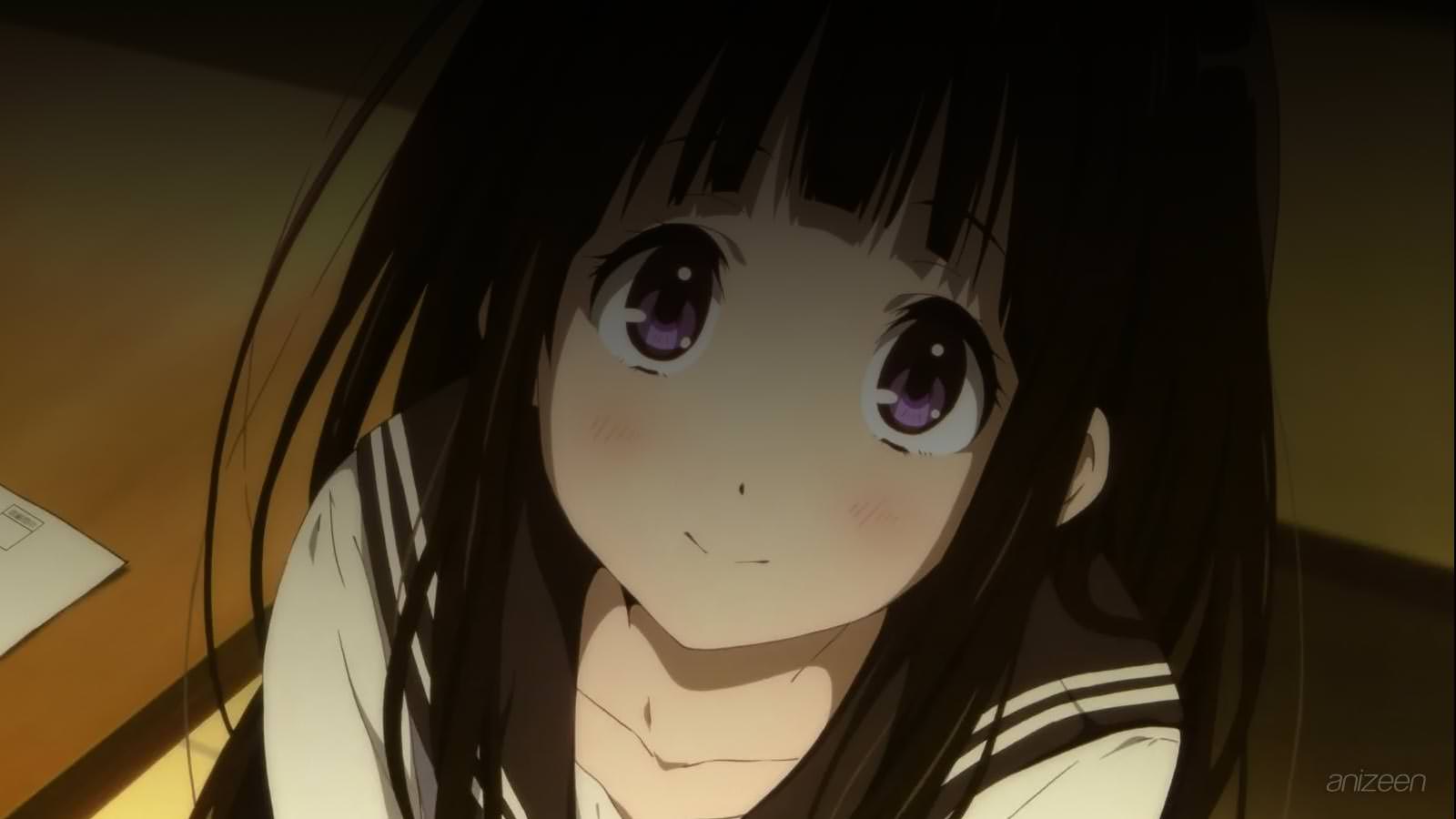 Houtarou Oreki doesn’t like to do things that he considers a waste of energy. Actually, he doesn’t do anything he dislikes and if he has something to do, he does it as quickly as possible.

However, things start to change when he enters high school. For some reason, Houtarou thinks that any high school student should create good memories and avoid feeling lonely. One of his friends, Satoshi Fukube, thinks that he is being dramatic about it, after all, being lonely and having a low profile is exactly what he usually does.

Unfortunately for him, at the request of his older sister, Houtarou joins the Classic Literature Club to stop it from being abolished. Now, Houtarou doesn’t think he is preserving energy by being lazy, instead, he just want to live his way, do what he wants and do what he must as fast as he can.

Houtarou starts thinking about the Club, and realizes he might be all alone, but to his surprise once he opens the locked club room he finds a girl staring out from the window.

Eru Chitanda is in the Club room, she introduces herself and after a while Houtarou wonders why she was able to enter the room without a key? After all, he is the one that obtained the student’s copy earlier that day.

Eru is really interested in this little mystery, then, they are interrupted by Satoshi. Now that the Club has a member, Houtarou thinks he can leave and continue with his care free life. Instead, he is stopped by Eru who wants to know how the room was locked in.

Satoshi tell Eru that he has a good memory, or database, but that Houtarou can be really good if he starts thinking about it. Reluctantly, he searches for an explanation and remembers that he saw the janitor around while he was coming up to the room. After all, he has a master key and is not unusual that he comes and goes between class rooms during the afternoon.

The next day Satoshi and Houtarou are talking about a mystery that occurs in the Music Room. Of course, Houtarou doesn’t want to be dragged all around by Eru to solve it. That’s why he concentrates to make up a new mystery, one that helps him save some of his vital energy.

Houtarou doesn’t understand, but instead of rejecting Eru, he keeps thinking on her enthusiasm and how her eyes gain light as she gets interested in a mystery.

Houtarou Oreki is a slow and almost lazy boy who joins the Classic Literature Club at the request of his sister to stop it being abolished. Though he doesn’t particularly like to do anything that involves effort, if given something to think about, he will see it through until it is solved and then manages to make brilliantly logical deductions.

Eru Chitanda is a curious girl who is a member of the Classic Literature Club. Whenever a mystery is brought to her, she won’t be able to stop thinking about it until it is solved.

Satoshi Fukube is Houtarou’s classmate who joins the Classic Literature Club with him. He has really good memory that he calls his “database”.

Mayaka Ibara is the fourth member of the Classic Literature Club. Joined after the other three. She finds Houtarou weird, becomes good friends with Chitanda, and has romantic feelings towards Fukube but has always treated him in a frivolous way.