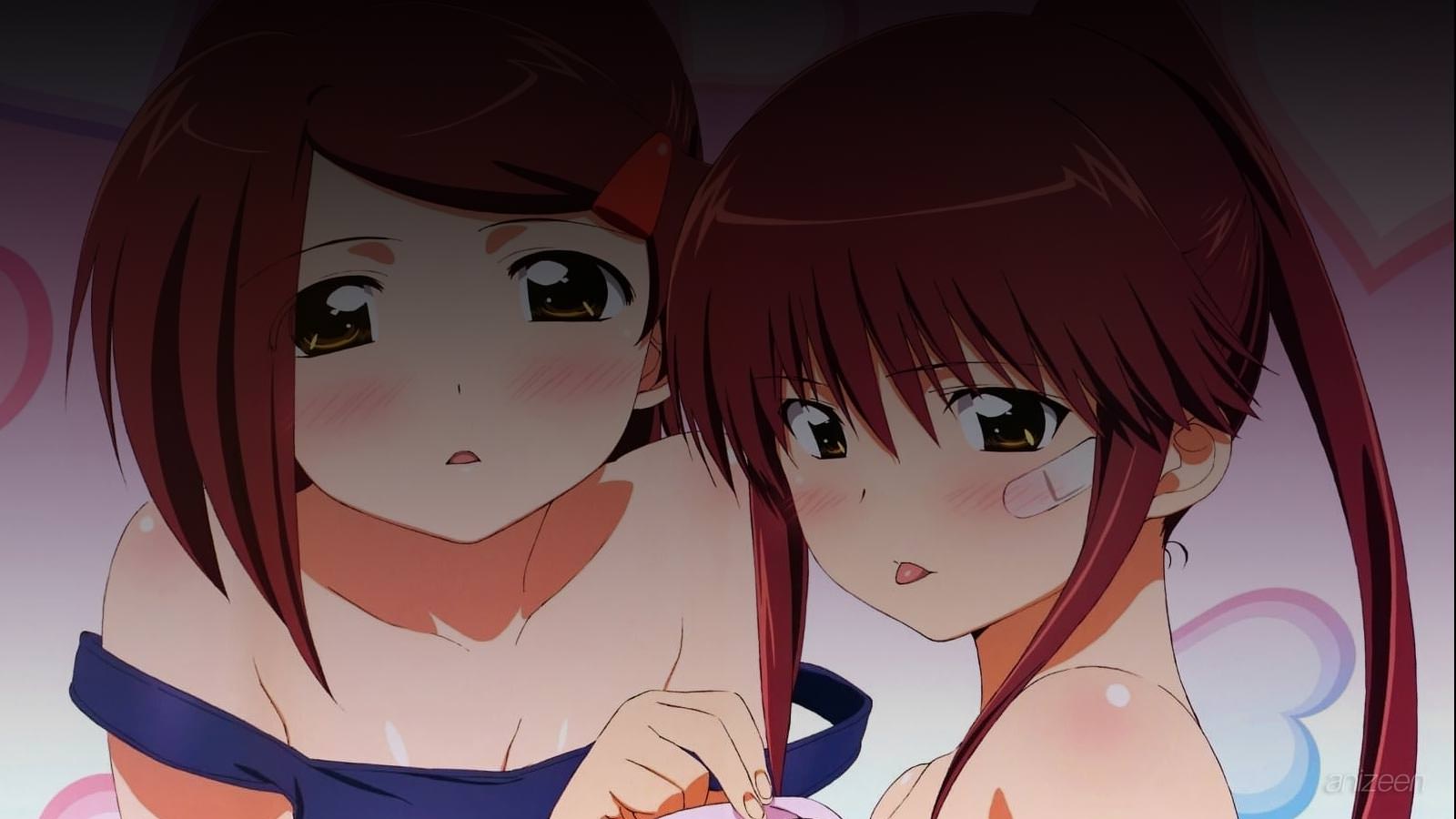 Keita Suminoe is a third-year junior-high school student, he is really busy preparing for his high school entrance exams. He is living in a home with his older twin step-sisters, Ako and Riko, who kiss, flash, and display their love for him in public in a regular basis.

He wants to attend the same high school as Ako and Riko, so, is uncertain on what to do when he has to attend a parent teacher session involving him turning down a recommendation.

When Ako and Riko find his notice letter while looking in his room, they go over to his school, only to be chased by several of their old admirers. Keita stops everyone and tells his sisters off for bothering him, but when he realizes why they came, he catches up with them and apologizes.

Ako decides to help Keita study in order to improve his passing rate, though both have a little trouble staying focused on the matter at hand. Although they share no blood-relation to him, Keita begins to become romantically attracted to his two stepsisters and initially dislikes himself for it.

Seeing this attraction, his two parents encourage him to eventually get married to one of them, with Ako and Riko constantly at odds to try and get Keita’s attention.

Keita Suminoe is a third-year junior-high school student, he is the younger brother, it is obvious he is the most mature of the three siblings. He wants to enter the same high school as his older twin step-sisters Ako and Riko, and to do so must study hard while getting help from his sisters as well as he was originally planning on relying on his track running scholarship for another school. While at first he initially dislikes himself for becoming attracted to Ako and Riko, he later becomes proactive in his desires. He is weak when it comes to alcohol, and will become livelier when he drinks, but after he sobers up he does not remember anything he did.

Ako Suminoe is the elder twin sister. A way to tell her apart from Riko is that she wears a hair clip to keep the hair off her forehead. She has a reliable, level-headed personality, but can be sullen, moody, even a bit childish and is quickly embarrassed. She carries herself differently than her sister, is more skilled in cooking which she learned to help her mom out with the housework, and is strong with alcohol which she sometimes uses to her advantage to knock out Riko to have the livelier Keita all to herself. She is a closet pervert and more often planning her seduction of Keita. At school, she is on the school committee, but has a habit of abusing her authority to get Keita.

Riko Suminoe is the younger twin sister. A way to tell her apart from Ako is that she wears her hair in a ponytail, and it is longer than her sister’s hair. She has a habit of answering truthfully but very bluntly, causing everyone else to jump to conclusions. She is much shyer in person than her sister, as she could not kiss Keita in front of others. At school, she is on the disciplinary committee, where she uses a bokken/shinai to punish the students and she has more of a strict personality, yet just like her sister will abuse her authority to get Keita.

Kiss×sis
(キス×シス)
Is a Japanese seinen manga written and illustrated by Bow Ditama. The manga originally was printed as a one-shot in January 2004 in Kodansha’s seinen manga magazine Bessatsu Young Magazine, and began regular serialization in the same magazine on December 11, 2005. An original video animation (OVA) episode by Feel was bundled with the third manga volume released on December 22, 2008. A TV anime adaptation produced an “alternate retelling” from the OVA, which closely follows the manga though with minor changes. It start airing in April 5, 2010.
OP
S1. “alance KISS” ~ Ayana Taketatsu and Yuiko Tatsumi
ED
S1. “Our Steady Boy” ~ YuiKaori
WEB