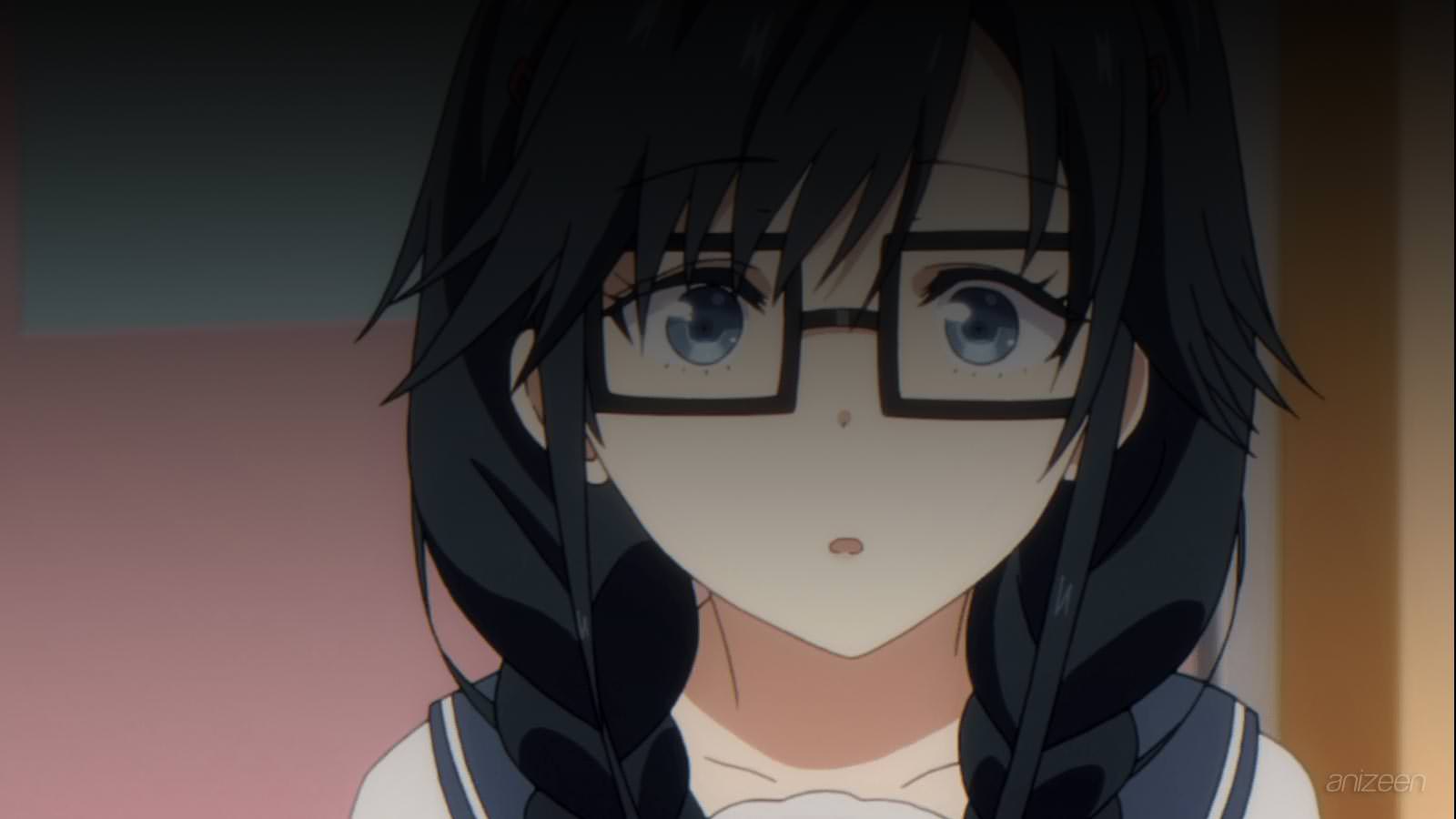 In Hatena Illusion, Makoto dreams of becoming a magician, and arrives to Tokyo to become a student of the world-famous illusionist Mamoru Hoshisato, a friend of his family.

Amatsuyu, nicknamed Joro, is an earnest high school student, he is part of the Student Council. For many years, he has tried to be a role model, however, he also has a twisted personality, never shown in public.

As any other young man, he would love to have a gorgeous and tender girlfriend. On one side, he has a childhood friend named Aoi, nicknamed Himawari, who is really affectionate to him, sometimes, more than usual.

At school, Sakura, nicknamed Cosmos, is the Student Council President. She is proper, elegant, admired by all the students. And Joro has wondered if there is a chance for him to start a relationship with either one of them.

One day, Cosmos shows up at Joro’s classroom, who is entangled in a conversation with his best friend Taiyou, nicknamed Sun-chan, ace of the baseball club, and love interest of too many girls.

As soon as she enters, Himawari pouts and walks out the room, Joro is quite naïve and does not understand why she is mad. And Cosmos simply understands she does not like her.

As the day comes to an end, Cosmos asks Joro out on a date, he is delighted and a bit astonished. Even more once he receives a similar invitation by Himawari, he tells her he has plans and she asks him to meet her on Sunday.

Joro has a blast of time with Cosmos, who is kind and as anticipated, looks beautiful. But in the afternoon, before they leave, she asks him to sit on a bench and listen to her. The young boy is thrilled expecting a real love confession.

Unfortunately for him, Cosmos is not interested in him, but Sun-chan, and would like Joro to help her approach him. Despite feeling rejected, after seeing her determined look, he decides to help, after all, Sun-chan is a great guy, and his best friend for many years.

The next day, as he meets with Himawari, Joro seems a bit down, she notices and tries to cheer him up. He feels relieved to have her as a friend, and still wonders if they can become more than that. But, at a certain moment, a bench comes in their way, and she asks him to sit down and listen.

The words and details are the same as Cosmos’, and Joro seems to understand what will happen. Himawari also want to date Sun-chan, and needs his help.

Joro is upset, he feels defeated against his best friend, even more, he has tried to play along with the girls, looking for his opportunity, and now he has to play cupid.

Regardless of his feelings, he truly decides to support the girls, and he clearly talks to them, trying not to take a side, and letting Sun-chan decide for himself.

Defeated, Joro tries to avoid Himawari and Cosmos during his lunchtime, and decides to go to the library, after all, no one ever wanders there, except for Sumireko, nicknamed Pansy, with a gloomy personality and a sharp tongue.

She approaches Joro, and begins to narrate what happened during his weekend. Astonished, he cannot understand what is happening, Pansy is direct and simply tells him she followed him and is aware of his secret.

She is bright and quickly corners him to do as she wants, if not, she will end his charade and tell his classmates he has deceived them.