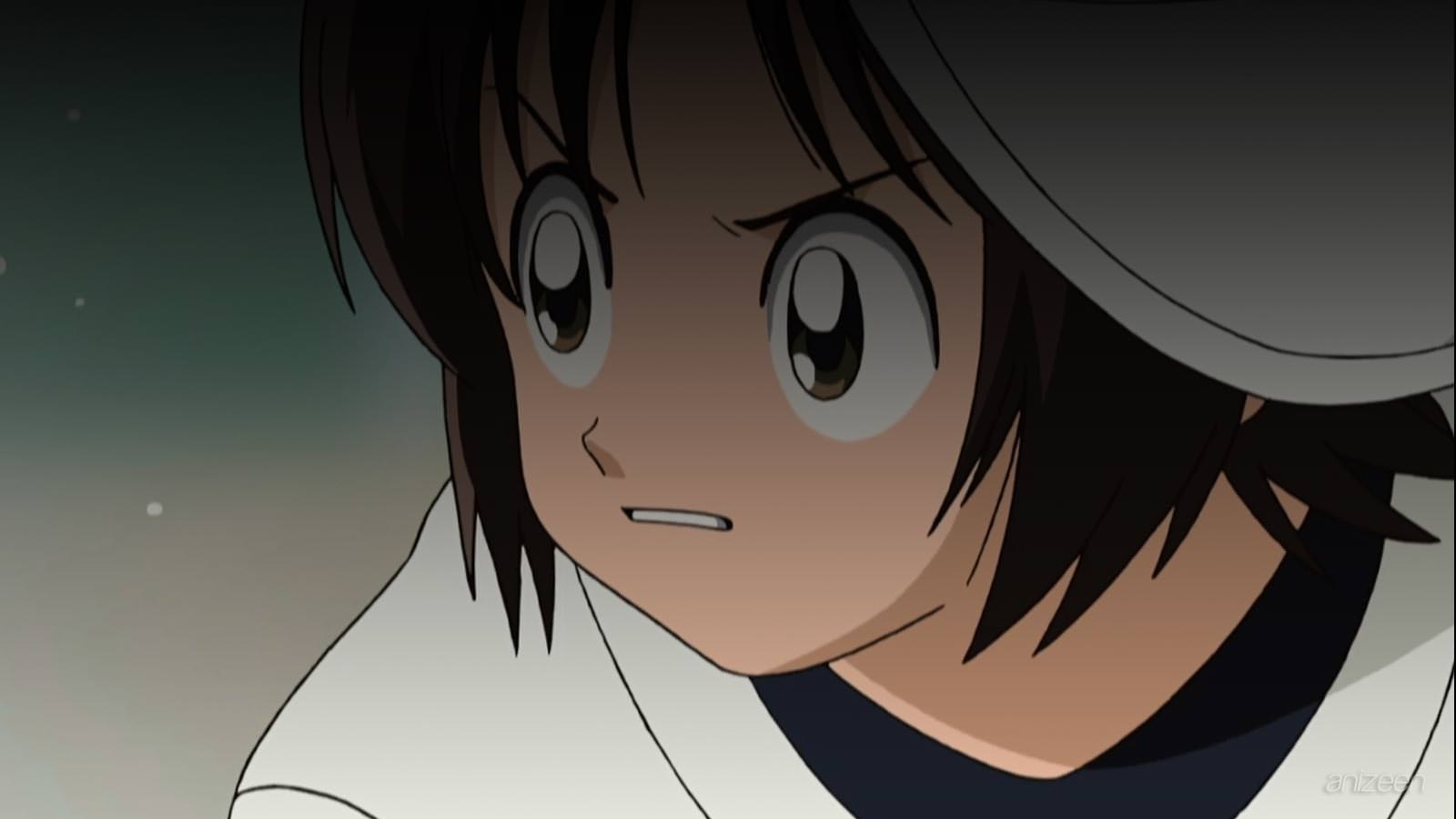 Kou Kitamura, son of the owner of Kitamura Sports, lives in the same neighborhood as the batting cage run by the Tsukishima family.

Due to their proximity and the relationship between their businesses, the Kitamura and Tsukishima families have been close for many years, with their children going back and forth between the two homes are like an extended family.

Kou is skilled at baseball, but pretends to dislike it, similar to his relationship with the girls of the Tsukishima family. Kou is always accompanied by Wakaba who was born on the same day and in the same hospital as Kou. Wakaba is the cutest girl in their grade school and only has eyes for Koh.

Because Kou and Wakaba are the same age and always together, Aoba is jealous of all the time Kou spends with her older sister.

Aoba is a natural pitcher with excellent form, and Kou secretly trains to become as good as she is, even while in public, he shoes little interest in baseball.

Fate intervenes and Kou’s destiny becomes intertwined with Wakaba’s younger sister Aoba, and with the game of baseball. When he enters Seishuu High School, he joins the baseball club along with his childhood friends.

Kou Kitamura is in 5th grade and is preparing to enter Seishuu High School. Kou lives down the street from the Tsukishima family and is treated like one of the family when he visits their house, batting cage, or coffee shop. He has been practically inseparable from Wakaba since their birth on the same day, June 10, in the same hospital. While he shows little interest in baseball to outsiders, he has practiced daily at the Tsukishima Batting Center, in 100 km/h cage and above, since he was old enough to swing a bat, enough so he is an excellent batter, especially against fastballs.

Aoba Tsukishima is the third daughter of the Tsukishima family, one year younger than Kou and Wakaba. Aoba is a tomboy and loves baseball very much. Her father admitted that he had hoped to have a son who could one day play in Koushien, so he often plays catch with Aoba since she was little. This groomed her into an excellent pitcher. She has a poster of Ryota Igarashi, a famous fastball pitcher, hanging on her bedroom wall, and says she is only interested in a guy who can pitch a fastball at 160 km/h (about 100 mph).

Wakaba Tsukishima is the second daughter of the Tsukishima family. Through their childhood, Wakaba is constantly with Kou. She constantly talks about their future together, even giving him a list of suggested future birthday gifts that includes an engagement ring for her 20th birthday. Even after her death, Kou is still buying birthday presents for her according to the list.

Osamu Akaishi is a childhood friend of Kou and Wakaba, the same age as them. He has a crush on Wakaba and is jealous of the time Kou spends with her. In elementary school, he was kept from pitching on his Little League team because he got into fights with opposing teams. He was able to throw a 100 km/h fastball while in elementary school, but Kou could hit a home run off one of his pitches. However, since Wakaba’s death, he plays as a catcher to fulfill Wakaba’s last dream in which he and Kou reach Koushien with him being the catcher and Kou the pitcher.