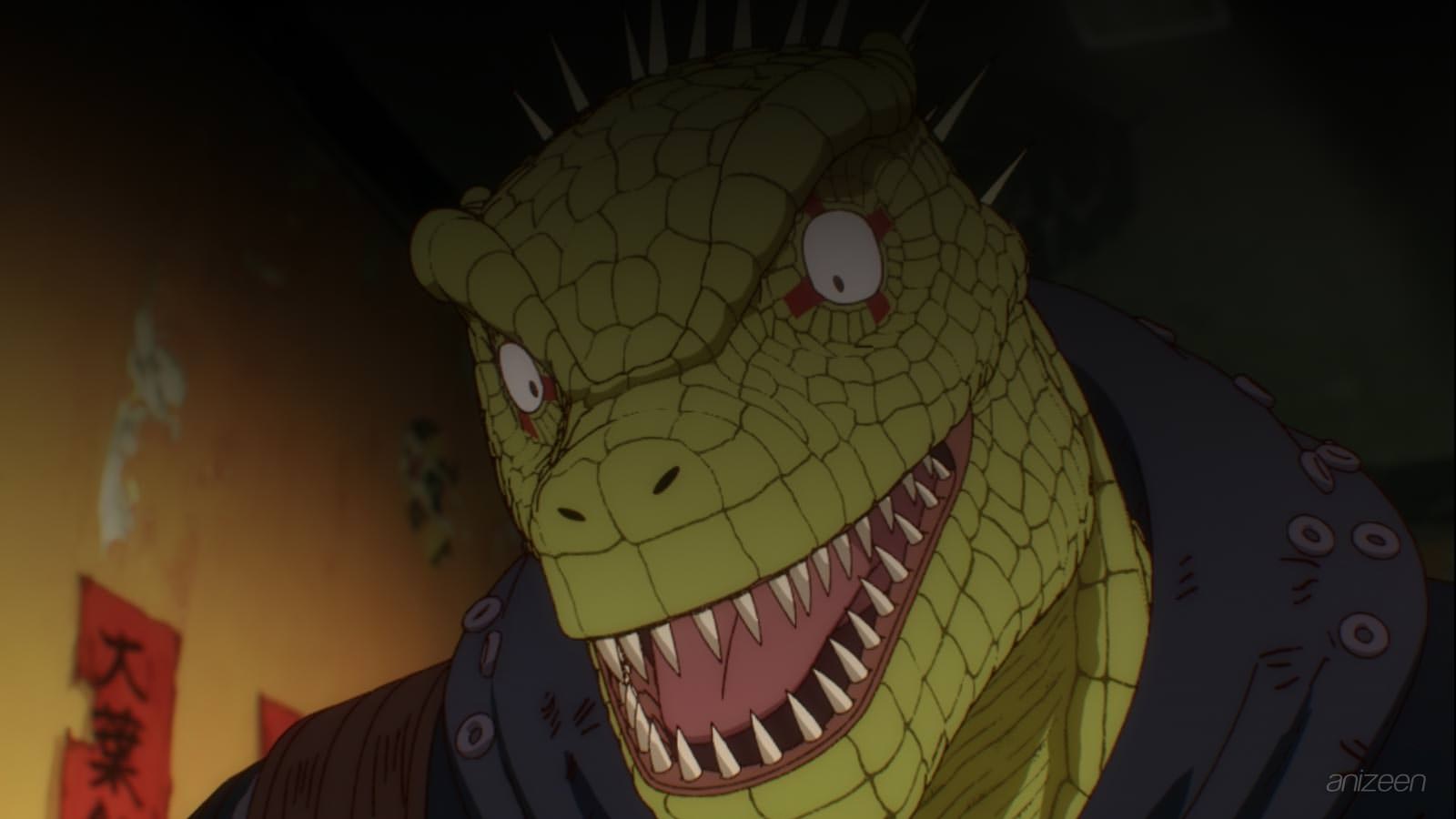 In a world where chaos prevail, Caiman wakes up one day without his memories, however, he recalls vividly an alley, and the shadow of a man.

Since then, he has turned into a monster, half man half beast, and he is determined to find the man who casted a magic spell on him. However, it will not be easy, this world is separated in two dimensions, the Hole, where humans survive, and the Sorcerer’s world, where magic exists.

For some reason, sorcerers like to experiment in the Hole, and are capable of entering by summoning magical doors.

One day, Caiman caught a couple of sorcerers, as usual, he puts the face of one of them into his jaws, allowing his partner inside to take a look. Somehow, there seems to be someone inside Caiman, however, he does not know if it is his real form, or maybe the man who cast the spell on him.

After been discarded, Caiman does not hesitate and kills the sorcerer, but his partner, Fujita, is able to escape from the attack of Nikaidou, a really strong woman, and Caiman’s best friend.

She is the owner of a restaurant in the Hole, and she found Caiman after his incident. Now, they work together hunting down sorcerers in hopes of recovering Caiman’s lost memory and face.

In the meantime, in the Sorcerer’s world, Caiman has caught the attention of En, a powerful foe, who wants to find out why he is immune to their magic attacks. Finally, he decides to find out the one who transformed this man into a creature, and stop him from killing more of his partners.

Later, we find Ebisu, a sorcerer wandering in the Hole, where she bumps into Caiman and Nikaidou, she is inside Caiman’s jaw when Fujita suddenly appears to drag her back to their world, however, due to this, she has lost her face and her fingers.

Dorohedoro
(ドロヘドロ)
A manga series written and illustrated by Q Hayashida, serialized in Shogakukan’s seinen magazine Monthly Ikki since 2000, transferred to Monthly Shounen Sunday where it ended in 2018. An anime adaptation produced by MAPPA began broadcasting on January 13, 2020.
OP
S1. “Welcome to Chaos” ~ [K]NoW_NAME
ED
S1. “Who Am I?” ~ [K]NoW_NAME