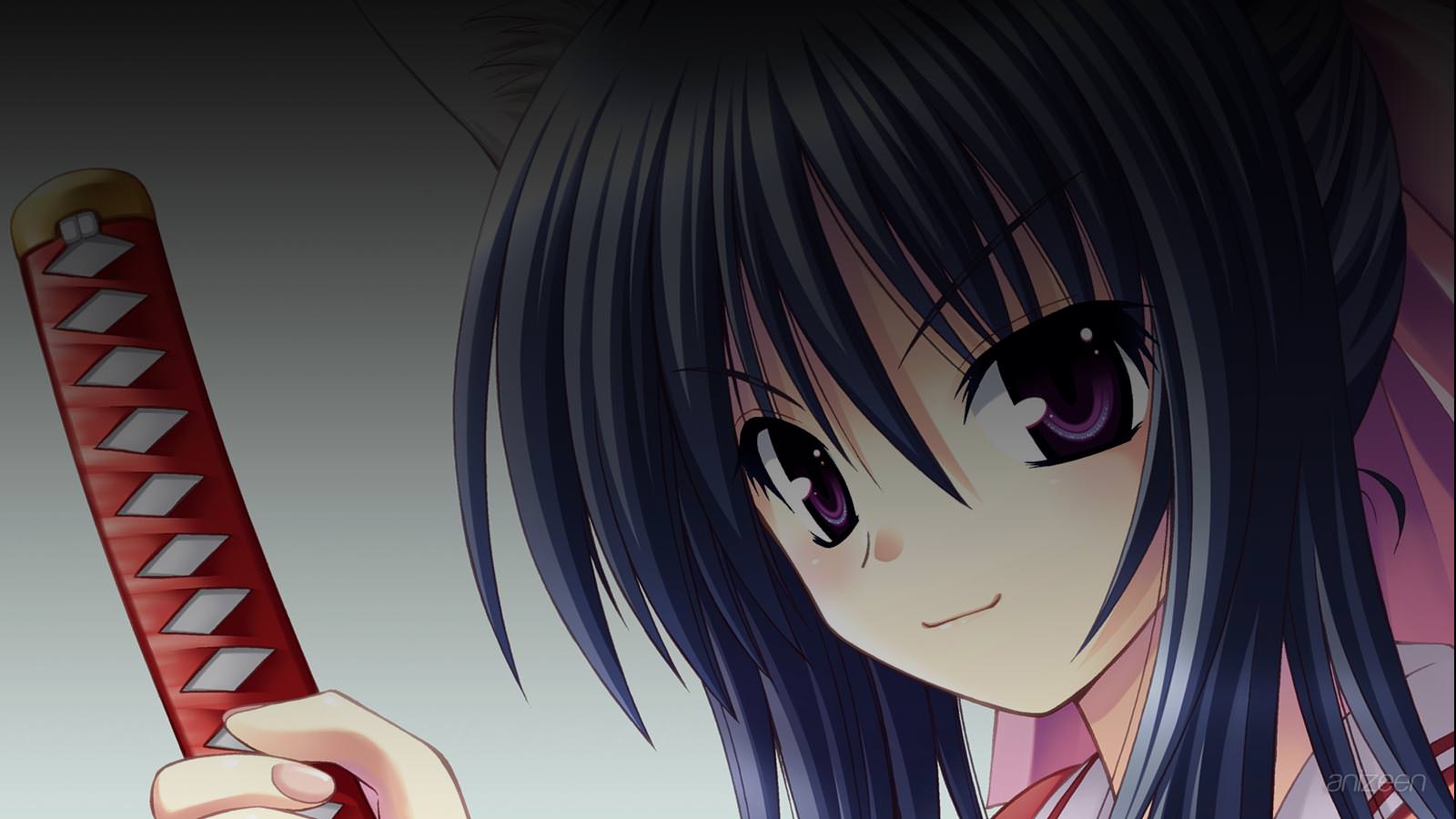 Seven years ago, Yuuto Amakawa’s parents died leaving him living alone without a single relative. He is the last descendant of the Amakawa Clan, one of 12 ancient demon-slayer families.

Ever since the accident, his childhood friend, Rinko Kuzaki, has woken him up, cooked for him and generally taken care of him. The only thing he has from any relative is a mysterious charm, a red ball, given to him by his grandparents as an omamori or a good luck charm.

Things change on Yuuto’s 16th birthday when his protective charm stops working. A number of evil spirits want to kill him, fortunately for Yuuto a cat spirit-samurai, and demon huntress, named Himari appears to protect him.

Rinko is not happy with the situation, because Himari is gorgeous, and she is able to beat Rinko in all of the sports that Rinko usually excels in. This is how Rinko starts to grow in frustration and takes out her anger against Yuuto.

Himari really likes Yuuto and tries to make him put his eyes on her at any cost. But there is only one small problem, Yuuto has a severe allergic reaction to cats. This causes his eyes to water and his nose to run.

Yuuto’s life becomes more complicated when he discovers that he can wield the “hikariwatashi”, or Light Ferry, the Amakawa Clan’s ancient demon-slaying power that is both feared by demons and spirits due to its very powerful nature and coveted by members of the other demon-slaying families.

Yuuto Amakawa is the only living descendant of the Amakawa Clan, one of 12 ancient demon-slayer families. Yuuto’s parents died in a car accident when he was young, causing him to fall into a state of depression. It was only through the care and help of his childhood friend, Rinko, that brought him out of his depression. All his life, Yuuto possessed a charm that was said to ward off evil spirits, but that the charm would stop working on his 16th birthday. On the day of his 16th birthday, Yuuto meets Himari. Now Yuuto has to learn how to control control his power.

Himari is also called Noihara the Crimson Blade. Himari is a white cat demon that played with Yuuto during his childhood when he stayed at his grandparents house. She can change her form from human to cat, even halfway, having a human body but with distinctive cat features. Armed with Yasutsuna, a katana from Yuuto’s grandparents, she is quite skillful when it comes to close combat. Her knowledge of the modern world is very limited and she speaks mostly in an archaic and overly polite way. She doesn’t have any parents since her mother died after birth and her father was a different species or wild cat, since her species are all female.

Rinko Kuzaki is the tomboyish childhood friend of Yuuto. Rinko cried with Yuuto when his parents died, and she helped him out of his depression. She has a crush on Yuuto and was quite comfortable in that position until the other girls started to flirt with him. She has a cat named Ranmaru as a pet, which sometimes she uses as a tool to threaten Yuuto because of his allergies.

Kuesu Jinguuji is a daughter of another demon-slaying family, who seek to ally themselves with the Amakawa family through marriage. She appears to be part of Yuuto’s past and claims that Yuuto’s grandfather had promised their marriage.

Shizuku is a Mizuchi, water dragon demon, in the form of a green, short-haired small girl with snake tongue that can stretch rather far, similar to that of a chameleon, and can breath underwater. Shizuku usually has a stoic expression, and is almost always completely soaked with water.

Lizlet L Chelsie, or Liz for short, works in a tea café as a waitress, and really enjoys her job. Liz is a Tsukumogami, an inanimate object that came to life after a hundred years.