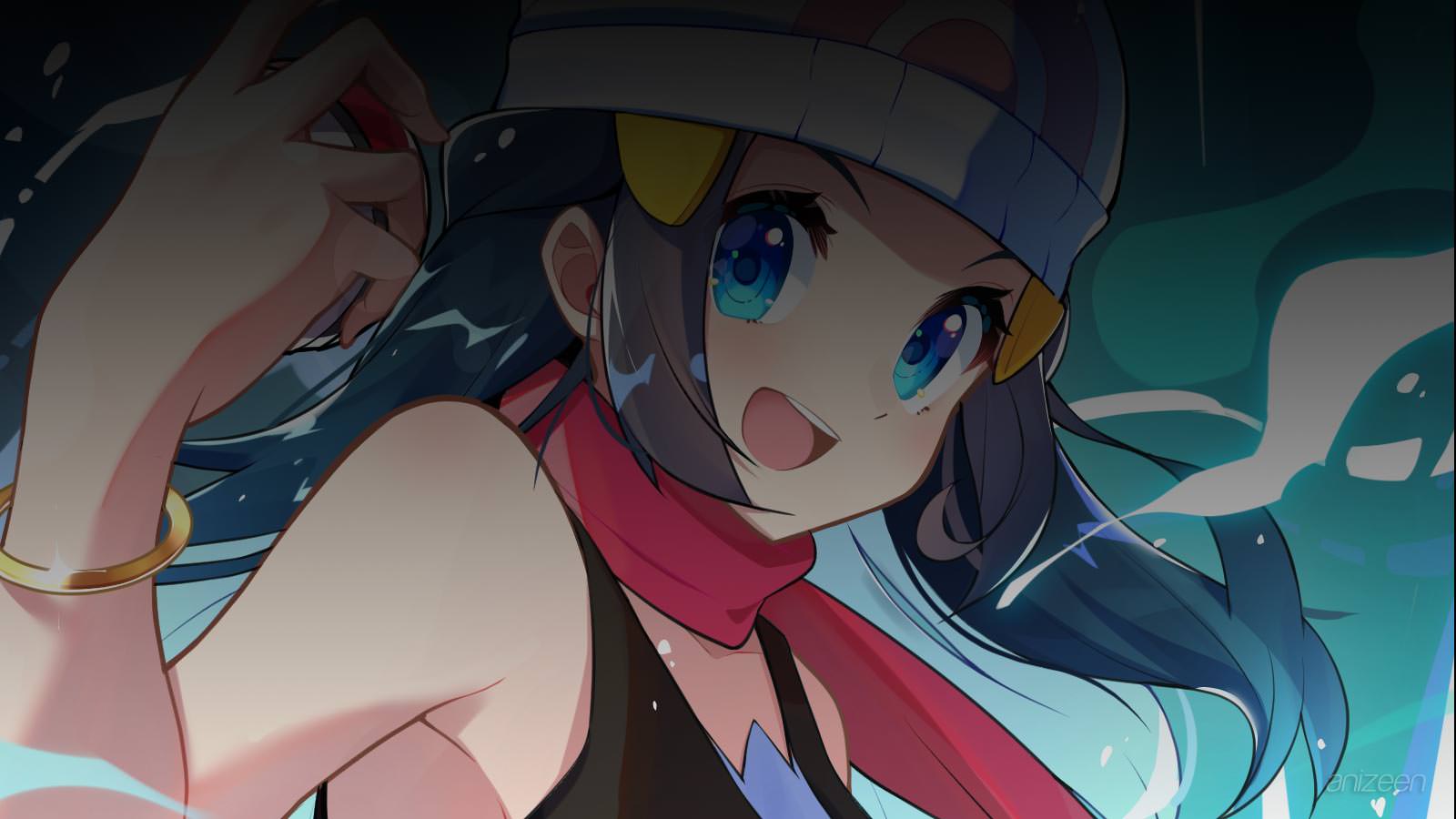 Ash Ketchum (Satoshi) had just become a trainer with a stubborn Pikachu who doesn’t like being in Pokéballs. Later he meets Misty (Kasumi), a girl who follows him under the pretext of getting paid for her broken bike, and Brock (Takeshi), the former gym leader of Silver City (the first to fought against Ash) who also accompanies him on his journey. Team Rocket, (Rocketto Dan) who also follows Ash, but their goal is to steal his Pokémon and give them to their boss. However, their plans always fail and they end up being thrown into the air.

When Ash is defeated in the Pokémon League at the Johto region with a Pokémon from the Hoenn region, he undertakes a new journey to that region. Misty had to take care of the gym from her sisters, so she withdrew from the group, and Brock, also wants to go home and solve some family issues. Ash change his outfit and goes out alone with Pikachu.

In Hoenn, they meet 10-year-old May (Haruka) and her younger brother Max (Masato), who join him on his journey. May is excited about the Pokémon Contests taking place in Hoenn and Kanto, and Max for taking it as a study experience for one day, having his own Pokémon, and becoming a gym leader like his father Norman at Petalburg.

Having solved his problems, Brock returns with Ash and his new companions to continue his dream of being a Pokémon breeder. This season Gary abandons his promising career as a Pokémon trainer to become a Pokémon Researcher.

In Pokémon: Diamond and Pearl and after having emerged as a winner in The Battle of the Frontier, Ash learns of a new region called Sinnoh, where a new journey begins. Again, he meets with Brock and Dawn (Hikari), who aspires to be a great coordinator in the Contests, just as her mother.

May and Max leave the group to head to Johto’s Pokémon contests. Ash meets his new arrogant rival named Paul, who wants to capture the strongest Pokémon while leaving the weak ones free.

Now Ash and his friends will travel again, which means new adventures and new characters.

Pokémon: Diamond and Pearl
(ポケットモンスター ダイヤモンド&パール)
It is an anime based on the Pokémon video game saga. The first series was released in Japan on April 1, 1997 by the TV Tokyo channel. Originally the series began simply to be called Pokémon, however, as the seasons progressed, the name was changed to be distinguished from the others as Pokémon: Advanced Generation (Advanced Generation) and currently Pokémon: Diamond & Pearl. The series includes a spin-off called Shu-kan Pokémon Ho-thus-kyoku that, when brought to the United States, obtained the name of Pokémon Chronicles, it is a series of stories in which secondary characters of the series.
OP
1. “DP Adventure (Diamond and Pearl Theme)” ~ Chris “Breeze” Barczynsk eps 2-51; “We Will Be Heroes” ~ Kristen Price eps 52-104; “Together” ~ Fumie Akiyoshi eps 4-; “Together2008” ~ Fumie Akiyoshi eps 79-95; “Hai Taachi!” ~ Rica Matsumoto and Megumi Toyoguchi eps 96-
ED
1. “Kimi no Soba de ~Hikari no Teema~” ~ Grin eps 3-24; “Kimi no Soba de ~Hikari no Teema~ (PopUp. Version)” ~ Grin eps 25-50; “Kimi no Soba de ~Hikari no Teema~ (Winter Version)” ~ Grin eps 51-61; “Kaze No Message” ~ Mai Mizuhashi eps 62-74; “Kaze no Message (PokaPoka-VERSION)” ~ Mai Mizuhashi eps 74-96; “Surely Tomorrow” ~ Kanako eps 96-
WEB

Previous
Why is it that main characters die on some series?