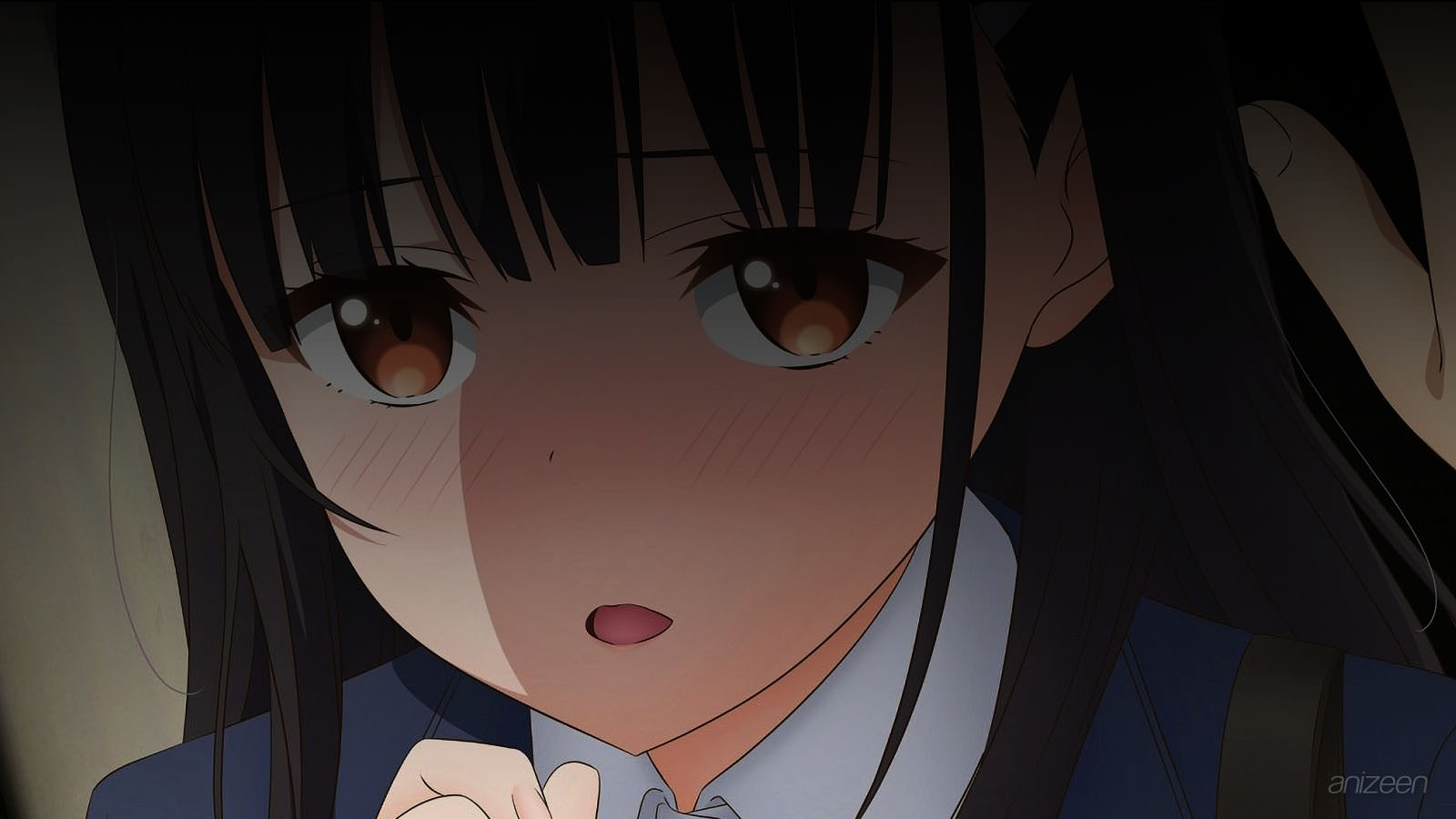 Yume and Mizuto had a romantic relationship while they were in high school, but it deteriorated to the point that they ended up fighting all the time.

Before graduation, they decide to break up, hoping that each one of them can continue with their life in high school.

However, that summer they discover that their parents, both single, have fallen in love and want to unite their lives and families.

None of them know that Yume and Mizuto were dating, so now they must hide it and try to live together naturally.

At times, the two seem to suffer to behave like stepbrothers, sometimes the memories are pleasant, but they also remember why they ended up getting on each other’s nerves.

Mizuto is a fan of the manga, and it’s not uncommon for Yume to tease him. On the other hand, Yume is very studious, so he doesn’t hesitate to throw it in her face when she can.

Yume’s mother observes that both are preparing to leave home and does not hesitate to suggest that Mizuto accompany her daughter, he usually goes out to buy manga, and her daughter only goes to the bookstore to look for study material, thus, she asks him to take care of her.

Immediately, the reproaches begin, Yume asks him why he agreed to her mother, and he tells her that he has no other choice, and that the last thing he wants is the company of a selfish person like her.

Her parents are very happy, especially seeing that their two teenagers can live together so naturally, without knowing what really happened to both of them.

Later, Yume enters Mizuto’s room and demands that he stop calling her by her first name, but he reminds her that from now on they will share the same last name.

Asking for her suggestions, she tells him that she should call her older sister, because after investigating, she has discovered that she was born half an hour before him.

To solve her problem, Mizuto proposes a game and Yume accepts, but with her conditions, so she proposes that the one who acts in a different way from that of a stepbrother will lose, and therefore the winner will be the older brother in the new family.

Mizuto accepts the game, but asks that his behavior be at all times, and not just when his parents are present.

Immediately, Yume begins to annoy Mizuto and starts going through his manga collection. He understands that it is a provocation on her part and that he must avoid getting irritated.

When Yume comes over to explore his private collection, which is not suitable for minors, Mizuto decides to distract her.

He begins by apologizing to her, and tells her that he can’t bear to fight anymore, and that if she wants to, he’ll stay away from her, and begs her to forget the past.

At that moment, Yume is moved and full of memories, without noticing, she calls him like she used to do when they were dating and Mizuto tells her that she has lost her own game.

They end up studying at the same school, in the same class and with the same last name. She immediately catches attention, after all, she has been elected representative of the first-year students, after that, everyone approaches to talk to her.

Mizuto is somewhat puzzled, he knew that Yume was smart, but not that she would have better grades than him. Plus, he discovers that she has told everyone that they are step-siblings, and that she is the older sister.

Those who approach Mizuto, do so with the aim of gaining Yume’s attention. She gets angry, more so when she grasps that Mizuto doesn’t seem to care.

The next day, even though Yume had asked her not to walk to school together, she decides to follow Mizuto, and as they arrive to school, she makes a scene by hugging her stepbrother’s arm in an inappropriate way.

In the afternoon, they both stay home alone, and Yume tries to get Mizuto’s attention, to the point that she comes out of the bathroom covering herself with a towel. Something does not seem right in this sibling relationship.

Mamahaha no Tsurego ga Motokano Datta
(継母の連れ子が元カノだった)
Also known as Tsurekano, is a light novel series written by Kyousuke Kamishiro and illustrated by Takayaki, serialized on the online website Kakuyomu since 2017, with a print version under Kadokawa Shoten’s Kadokawa Sneaker Bunko in 2018. A manga by Rei Kusakabe began serialization online by Fujimi Shobo via Niconico Seiga as part of the Dra Dra Sharp and Dra Dra Flat brands in 2019. An anime adaptation by Project No.9 premiered in July 6, 2022.
OP
1. “Deneb to Spica” ~ DIALOGUE+
ED
1. “Futari Pinocchio” ~ harmoe
WEB