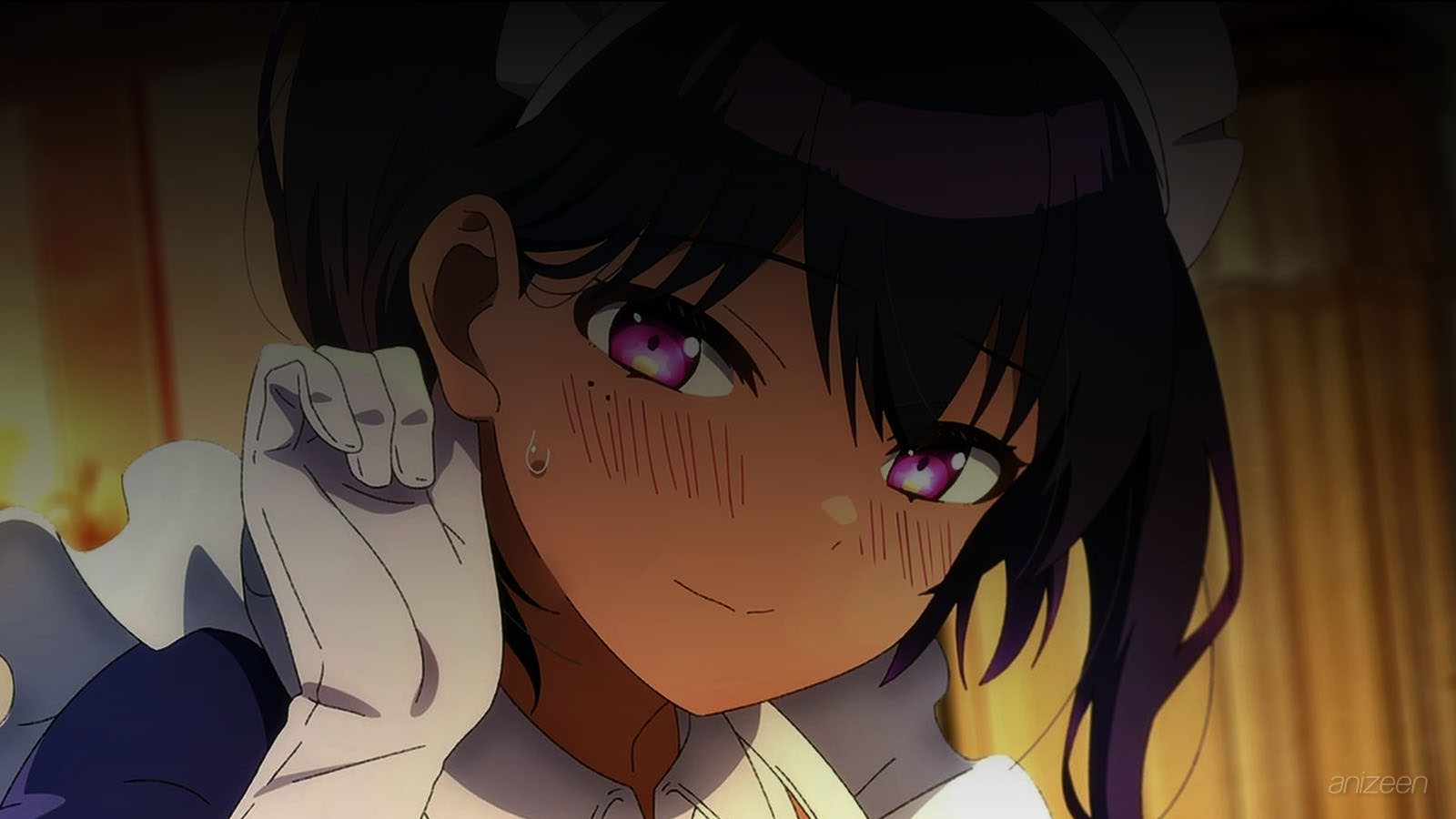 Yuuri lost his parents in an accident, and from that moment on, he has decided to take over the mansion in which they lived together.

As his heir, he understands that, at his young age, he should be able to support himself, fulfill his obligations, and not neglect his house.

But his resources are limited, so he is unable to keep his butler and maid employed.

The next day, Yuuri starts off full of energy and optimism, but after a tasteless breakfast, he begins to discover that housework isn’t that easy.

He has multiple problems throughout the day, and strangely, when night comes, he receives an unexpected visitor.

Lilith, a young woman in maiden attire, or maid, walks in and asks Yuuri for a job.

He immediately rejects her, saying that it is very suspicious the way she has applied to work at the mansion. More, that she only asks for lodging, and that in return she will perform the household duties and take care of him.

For some reason, Yuuri is captivated by Lilith’s gaze, and even thinks he’s seen something like it before.

Days later, Yuuri reflects and thinks that it was a bad idea to accept her help without knowing more about her story, but at the same time he thinks that every meal he tastes is delicious, that the clothes are very clean and smell good or that the house has never been so clean.

At one moment, he thinks he’s under a magical spell, and it occurs to him to ask Lilith if she’s a sorceress, because she doesn’t appear to be human.

Lilith plays along with him, telling Yuuri that he has discovered her, and that, thanks to her gaze, she has enchanted her young master. But before she tells him it’s a joke, Yuuri loses his mind and tells her that he has seen her reading books.

Then, he tells her that her gaze is captivating and her eyes sparkle like a pair of jewels, taking his breath away and speeding up his heartbeat.

At that moment, Lilith blushes and tells him that he will go shopping. She can’t tell him it was a joke, that the books she reads are about cooking or to learn how to do her job better.

Later, Yuuri still thinks that she is a witch, and wonders what her target could be. Why work in a house without wealth?

He decides to ask her directly what she is up to, Lilith smiles and questions if it is a joke. She tells him that he looks adorable when he watches her.

Yuuri gets excited again, and tells her that he doesn’t smile like that, even though he thinks how beautiful she is. And that no matter how pretty she is, she won’t be able to fool him anymore.

And that despite looking at her and feeling tension in her chest or he can’t concentrate on her duties, he won’t be able to seduce him.

Saikin Yatotta Maid ga Ayashii
(最近雇ったメイドが怪しい)
Is a manga series written and illustrated by Wakame Konbu. It began as a webcomic in 2019, before being serialized in Square Enix’s Monthly Gangan Joker magazine in 2020. An anime adaptation by Silver Link and Blade premiered in July 24, 2022.
OP
S1. “S-Suki ja Nai!” ~ ≠ME
ED
S1. “Himitsu no Niwa no Futari” ~ Yui Horie
WEB

ED ~ Himitsu no Niwa no Futari