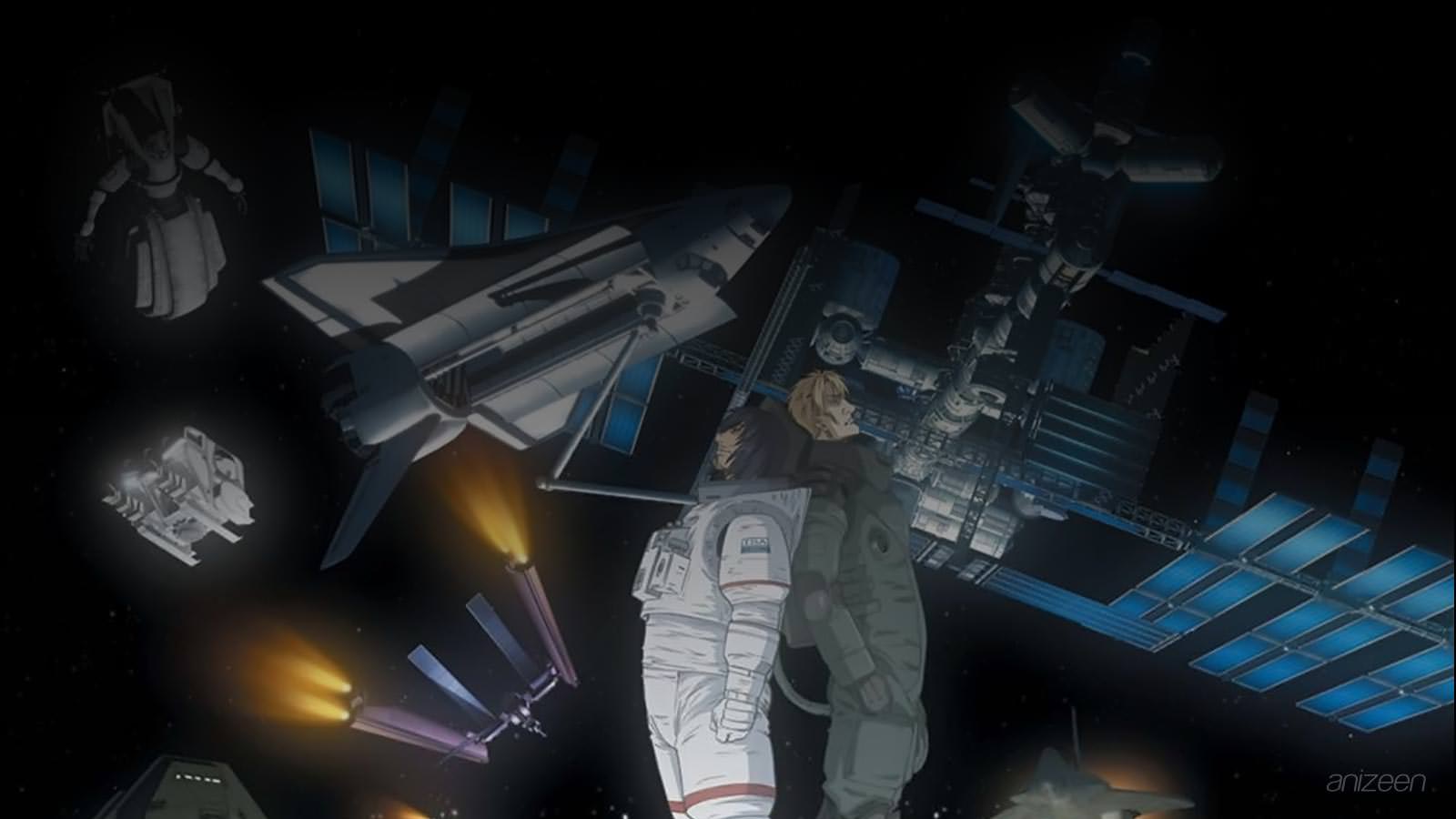 Gorou Saruwatari and Lostman are mountain climbers who have ascended some of the highest mountains around the world. At the peak of Mount Everest, they see the ISA Space Station in the sky above and become determined to go into space.

At the same time, NASA begins a program to research and obtain a new energy source which has been discovered on the moon. Gorou and Lostman attempt to join the program through different approaches: Lostman becomes a pilot and Gorou takes a job as a construction worker.

The story follows a pair of mountain climbers who decide to become astronauts. Yasuo Ohtagaki says, in the preview special of the anime, that his goal in writing the story was to create a realistic space drama that features the political elements involved in modern space missions.

When helium-3, a new energy source, is discovered on the moon, NASA forms a new project named “Nexus” to harness that energy for use on earth.

This is the story of the two and the paths they take to see their dream become a reality in the quest to harness the next-generation energy source.

Moonlight Mile
(ムーンライトマイル)
Is a manga b Yasuo Ohtagaki, which was also adapted into an anime television series. The manga is published by Shogakukan, while the anime is directed by Iku Suzuki and animated by Studio Hibari. The first episode of the anime aired on Japan’s WOWOW satellite network in a special advance broadcast on February 4, 2007. The regular broadcast schedule began on March 3, 2007. Moonlight Mile is expected to have two seasons, Lift Off and Touch Down.
OP
S1. “ムーンライトマイル” (muunraito mairu)
ED
S1. “Scarecrow” ~ the pillows
WEB