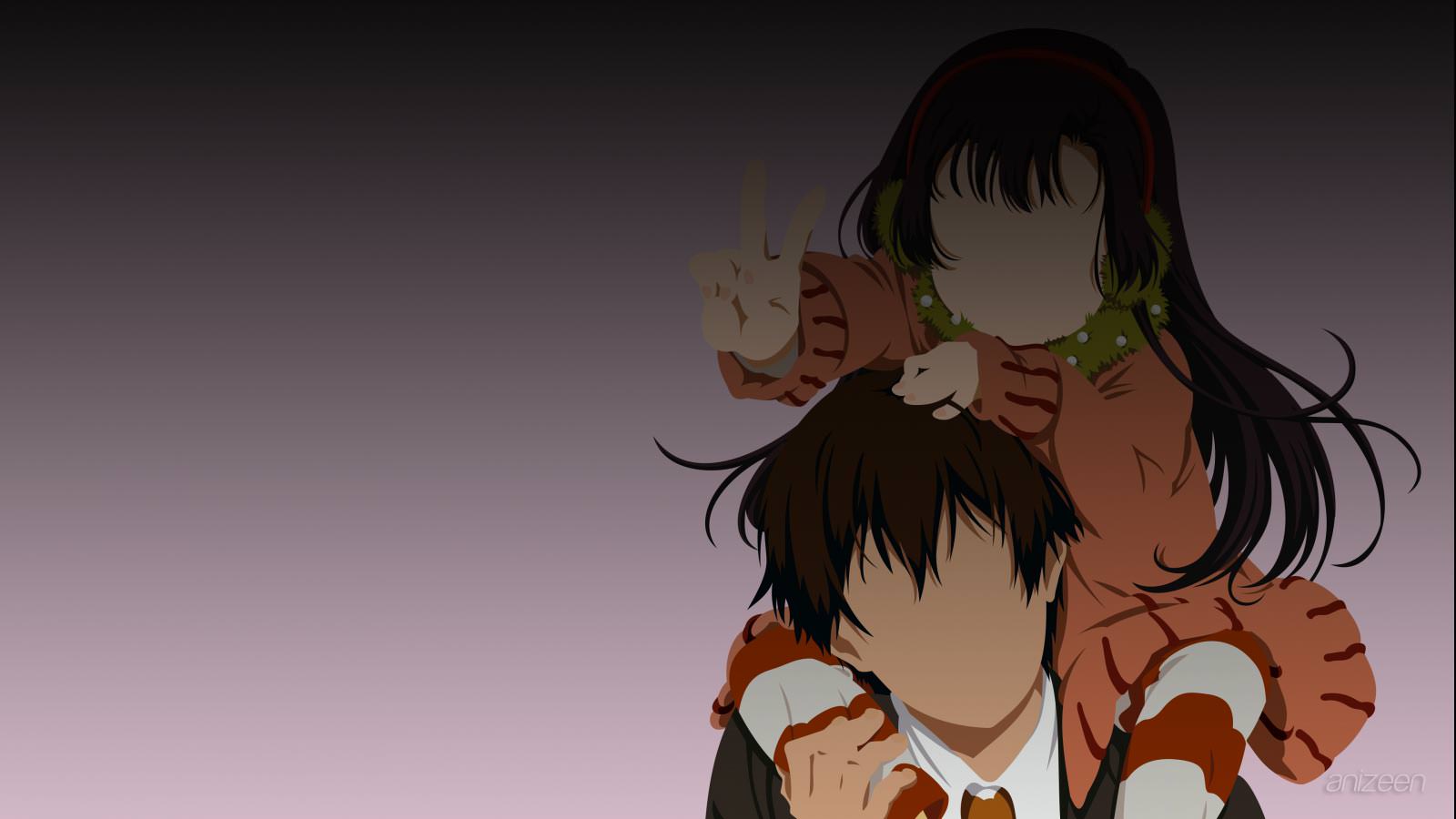 Shinkurou Kurenai is a high school student who lives alone in a small dingy room with no furnishings and works part time as a “mediator” in people’s problems. But his mediation style seems to be rather confrontational and physical. He also works for and with a number of women of varying ages who boss and harass him.

Shinkurou gets a new job to protect the seven year old daughter of an extremely rich and powerful man who has a psychotic hatred for all women, including those in his family. Shinkurou takes on the job because the girl, Murasaki Kuhouin, reminds him of himself as a little boy when he was left without parents.

Shinkurou and his associates bring Murasaki to Shinkurou’s dark and grotty one-room apartment where Shinkurou puts a mat on the floor and tells Murasaki to sleep there. Murasaki calls Shinkurou her “servant”, but Shinkurou insists that as her “bodyguard” he is different.

The next morning, Shinkurou goes to school as usual and leaves Murasaki alone in the little room, much to Murasaki’s astonishment and anger. When Shinkurou gets home that evening the apartment is empty. Shinkurou runs out in a panic to try to find Shinkurou, all the while trying to convince his Boss that everything is under control.

But his Boss already knows what has happened and has other employees trailing both Shinkurou and Murasaki. Finally, late that evening, Shinkurou finds Murasaki alone in a park, gives her a hug, and apologizes to her.

Shinkurou Kurenai is the main protagonist of the series. Despite his looks he is a capable and strong worker who works for Benika doing many types of jobs including being the bodyguard of Murasaki. He is trained in the martial arts as well as being physically strong and will take any job for Benika to whom he looks up.

Murasaki Kuhouin is the one being protected by Shinkurou. At first very stubborn and snobbish she soon lightens up and trusts Shinkuro. She lives with him for protection against her family that has a rule of keeping her in the Inner Sanctuary of their home at all times and never experiencing the outside world until Benika took her.

Benika Juuzawa is Shinkuro’s employer for which he would do anything for out of gratitude for her help when he was young and because he respects her completely. She a calm and collected person who goes with her intuition. On behalf of Murasaki’s mother last wish she took Murasaki out of the Inner Sanctuary and placed her in the care of Shinkuro whom she believes is similar to her.

Yayoi Inuzuka works for Benika as one of her subordinates and has a tendency to overstep her bounds with complaints about Shinkuro. She believes that an important job like protecting Murasaki would better be left in more capable and experienced hands.

Ginko Murakami is a friend of Shinkurou’s who also looks up information for him on the Internet to help. She has been his friend for a long time and also seems to have a slight crush on him as well as worry about him when he does jobs for Benika.

Yuuno Houzuki is a girl who Shinkurou lived with when he was young and also his sparring partner. She comes from a family that used to be assassins but still practice the martial arts. Her soft demeanor hides the fact she is a strong fighter. She also seems to have a crush on Shinkurou and likes to spend time with him.

Tamaki Mutou is a university student who lives in the same building as Shinkurou. She can be described as a very flirtatious person but especially to Shinkurou. She says she is very knowledgeable in the ways of love but doesn’t include her own experiences as she has a hard time keeping a boyfriend.

Yamie is yet another tenant of the building Shinkurou lives in. She always wears black and calls herself a very sinful woman. She likes cats and usually keeps to herself except when it comes to Shinkuro and Tamaki. Her attitude can be considered sarcastic most times.

Renjou Kuhouin is Murasaki’s father who according to custom had to marry a woman named Kazuko. During her stay she abused Murasaki’s real mother named Souju while taking the role of mother to herself to which she was not accustomed. Renjou in the meantime did nothing even when Souju, the woman he really loved, committed suicide.

Kurenai
(紅)
Is a Japanese light novel series by Kentarou Katayama, with illustrations by Yamato Yamamoto. A manga adaptation started serialization in the first issue of Jump Square magazine. An anime adaption started broadcast in Japan on April 3, 2008. It is written and directed by Kou Matsuo. The anime version is different from the manga in that the anime takes a more dramatic approach with a slice of life feel.
OP
S1. “Love Jump” ~ Minami Kuribayashi
ED
S1. “Crossing Day” ~ Ryoko Shintani ep 1-7; “Tenohira no Taiyou” ~ Ryoko Shintani ep 8-.
WEB