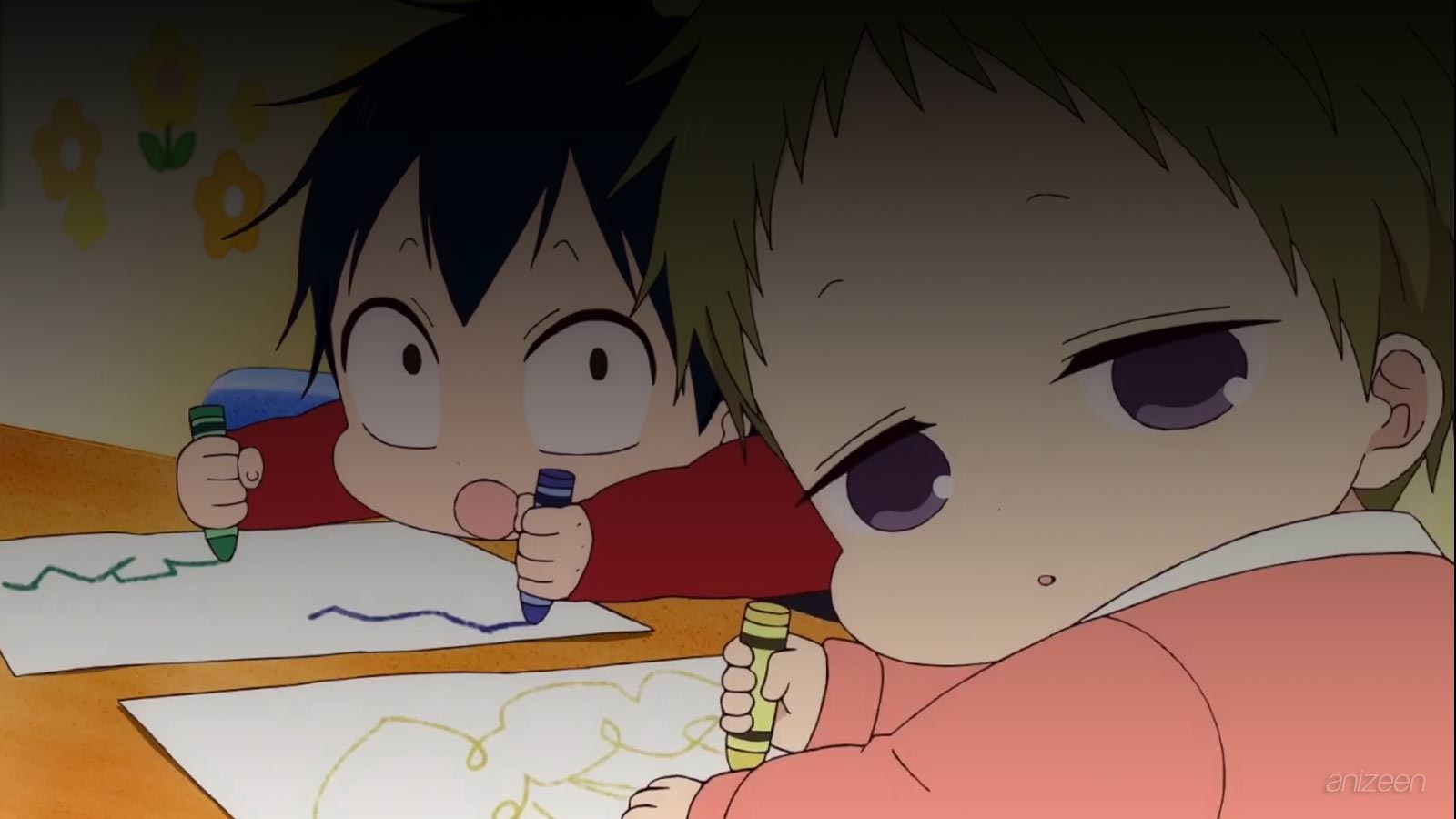 All of a sudden, Ryuuichi Kashima, a third year middle school student, and his younger brother Kotarou have lost their parents in an airplane accident. They are left orphaned with no home; however, the chairwoman of the Morinomiya Academy offers to take care of them.

Once they meet Youko Morinomiya, the chairwoman in the Academy, she shows cold towards them, and begins to question Ryuuichi about his abilities to take care of his preschooler brother. Therefore, in exchange for looking after their needs, he will be appointed as babysitter in the school’s daycare room.

They chairwoman also lost his son and daughter in law in that accident, they were trying to form some sort of Babysitter Club; however, they were unable to do it. Now, Ryuuichi has the duty to try it.

A bit later, they meet Yoshihito Usaida, a graduate of the school, and currently the only daycare staff member. There they are introduced to the children Taka, Takuma, Kazuma, Kirin and Midori.

As soon as he arrives, Ryuuichi faces a hard time, and each kid has unique personalities. Taka is intrepid, and a bit stubborn. Takuma and Kazuma are twin brothers, one is outgoing, and the other one is shy.

In the meantime, Kirin is really smart and polite, and loves her jiraffe plushie. In addition, Midori is just a baby, often carried on by the babysitters.

Previously, Ryuuichi took care of babies; however, he never thought they had so much energy. Later that afternoon, several teachers show up to pick up the kids. Suddenly, a student appears, he is Hayato Kamitani, Taka’s brother, who becomes Ryuuichi’s classmate.

During the day, Koutarou was quiet; he did not play along with the other kids as Ryuuichi had his hands full. He is young and considerate to his brother.

Unfortunately, Koutarou pretends to be all right, even if he is not. He falls ill with fever and Ryuuichi runs after Hayato for help. He leaves Taka with their mother, a teacher at school, and runs Ryuuichi to the hospital.

The stress caused by all the emotions and change of environment cause the fever; a little rest is all he needs at this moment. Suddenly, Ryuuichi realizes he cannot call his parents for advice, and that he is alone with his brother.

At that moment, the chairwoman appears, remembering him that despite the hard times, they are not alone.