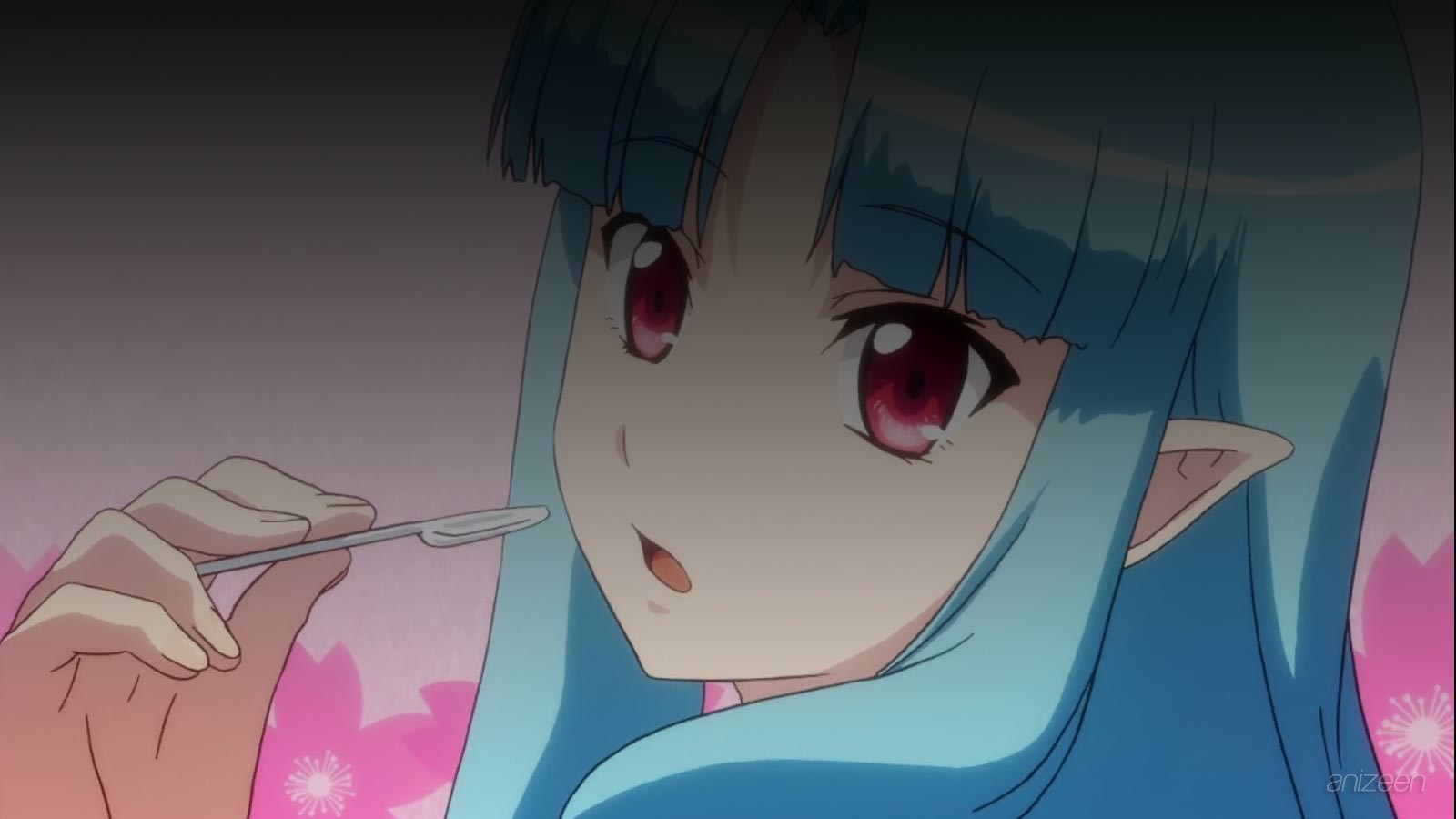 Lately, Kazuya has had a dream, and one of his treasures left by his late mother are part of it. He does not remember her well, but thanks to it, he feels comfortable with a familiar scent.

One day, Kazuya takes his treasure to school, in the middle of a nap, he starts dreaming, and someone familiar walks away. He wakes up and startles Chisato, one of his childhood friends, in an improper manner.

Later that day, he reflects about his dreams wandering in the top level of the school building, but suddenly a strange creature appears and starts attacking.

Kazuya falls down to a certain death, but before that happens, a mysterious girl appears and saves him. She is Kiriha, a tsukumogami who used to be in a form of the white cherry blossom obi that Kazuya carries around.

She seems to know a lot about Kazuya, but he is unable to remember her, Kiriha gets immediately mad and does not hesitate to hit Kazuya.

After that, the strange creature, in form of a wig shows again trying to capture Kazuya.

Kiriha forces Kazuya to agree on her terms before saving him, the creature is after Kazuya, she bluntly says him that he might be violated in every possible way once possessed.

Before being noticed, Kiriha disappears, and Kazuya returns home wondering what happened.

Later that night he has that unpleasant dream, and once he wakes up Kiriha lays besides him. Kazuya reacts with a huge scream, drawing his sister’s attention.

Kazuya tosses Kiriha in a violent way, and she responds the same way as soon as his sister is out of his room.

Kiriha reminds him his promise to serve her as a servant. Kazuya does not agree, but after Kiriha sets a threatening tone on him, he simply begins to agree with her.

After a distracting dinner, Kazuya ends up taking a bath and sleeping with Kiriha. Do not forget she is an ‘obi’ left by his mother. In the end, Kazuya is unable to sleep at all that night.

In the meantime, something evil is getting closer to town, and someone will have to step up before a tragedy occurs.