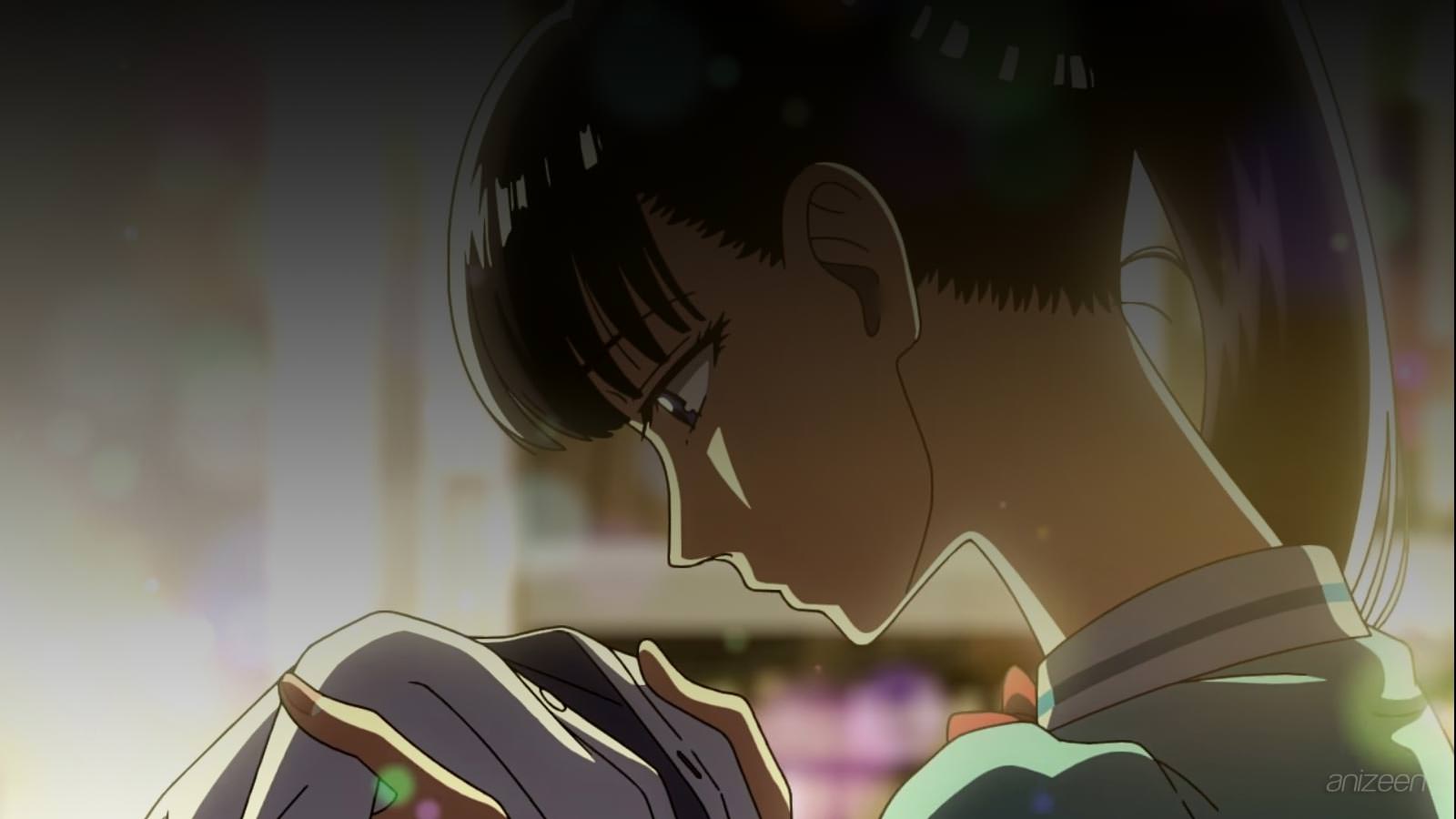 Akira Tachibana used to be part of the track team at school; however, a leg injury forced her to give up running. Now, she wanders as an expressionless person, with a sharp, piercing expression, that make many people, slightly wary of her.

She met Masami Kondo, a 45-year-old manager in a restaurant, as he offers her a free coffee as she takes shelter from the rain. After her injury, she used to be depressed. And decides to work part time at the Garden Cafe under Masami’s guidance.

Without knowing, she begins to develop feelings for her boss, and constantly has an eye on the manager. However, one afternoon, he asks Akira to take some food to the office, there; she finds out that Masami has a son. She is surprised, and a bit annoyed, but decides to keep quiet as usual.

Yuuto is busy doing his homework, and now he needs to practice with his flute. Of course, in a family restaurant, the noise can be a problem and Masami tells him to stop, Yuuto is about to play once again, until Akira shows him an intimidating look to stop him at once.

Instead of scolding him, she takes him out and decides to help him practice. Masami finds out, and is stunned seeing Akira smile; she is shy and is hard to read her emotions.

At school, she is not different, tends to be alone. However, as any teenager, she has some friends to chat, even if they do not seem to get along or share the same point of view.

She also remains friend with some girls from the track team, like Haruka, who is concerned about her after suffering that injury. A tournament is coming and she will not be able to participate.

Back at the restaurant, she wonders what love is and talks with Yui, a waitress, and she tells her she has some sort of attraction for the cook, however, she thinks it is a bit strange. Akira wonders about the manager, and at that moment, he shows up, creating a mess.

Later, Akira takes a break and takes a sandwich to the office, where she finds out one of Masami’s dirty shirts. Somehow, she begins to recall the first time they met, after the rain. She ends up grabbing the shirt, and feel comfortable with its smell.

Unfortunately, for her, Masami enters, astonishing the silent girl. Who simply puts the shirt back and begins to eat her sandwich without saying a single word.