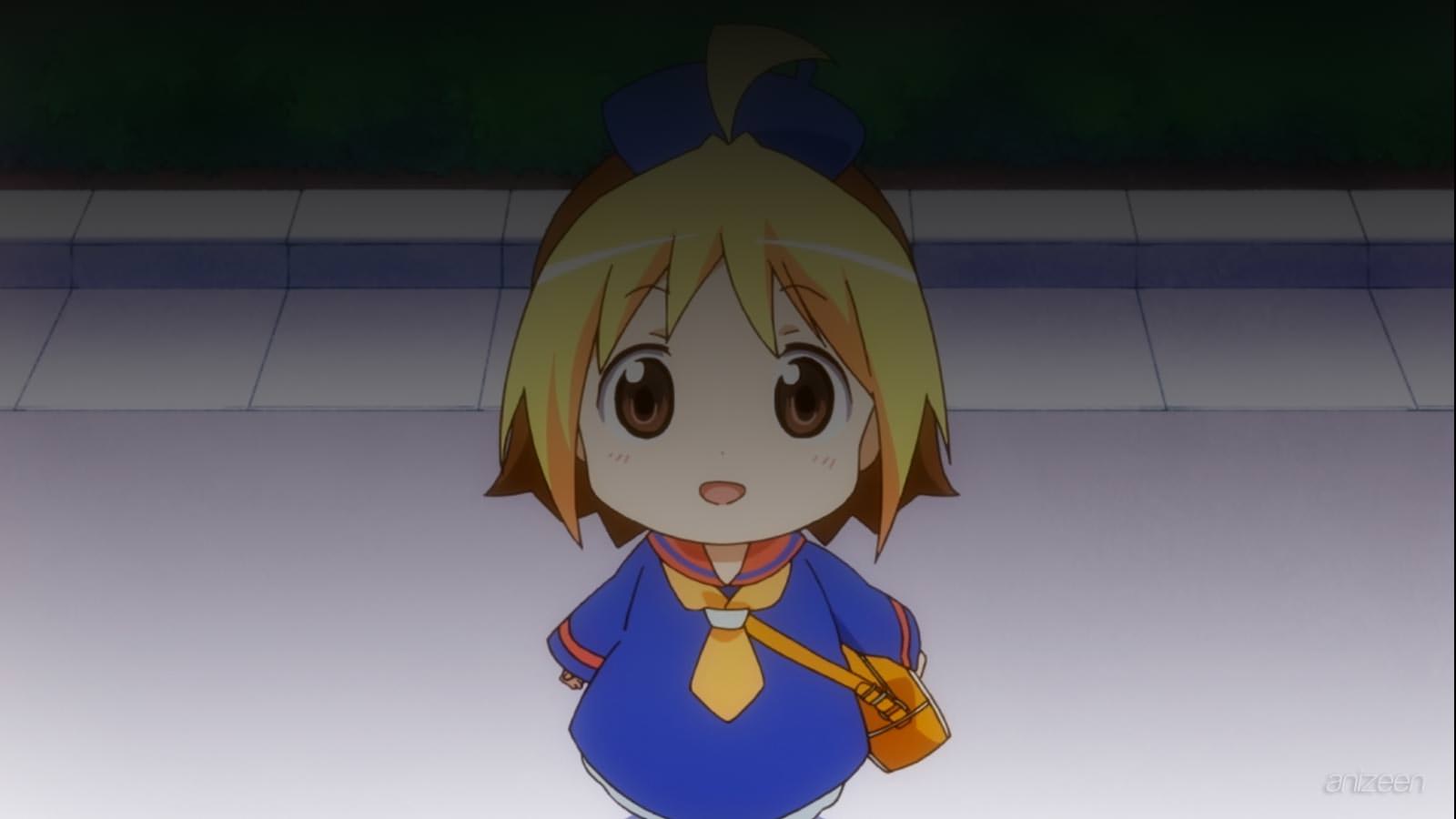 Naozumi Tsuchida is a young kindergarten teacher, and he is ready to take his first job at Hanamaru Kindergarten. Unfortunately, he is late the first day. While rushing to school he sees a little girl in the street.

He asks her where are her mom and dad, quickly, the little girl named Anzu, answers that her mom left something at home and that she is waiting for her. Along the way, Anzu gets the strange idea that Naozumi is hitting on her. Of course, the new teacher is surpised and scared, at the same time, Anzu’s mother arrives, allowing Naozumi to finally go to school, where the director is waiting to present the teachers to the kids’ parents.

Naozumi finally realizes that he has become a teacher, and a lucky and lonely one among several women, like Peach Class’ Nanako Yamamoto. Once he is introducing himself to his class, a familiar face is among the students, Anzu, who takes no time to shout that her new teacher hit on her earlier in the morning.

Of course, this causes a lot of rack among the parents, taking Naozumi several minutes to calm down the crowd and the students. Meanwhile Anzu knows her new classmates and become friend to Koume and Hiiragi.

The surprises have no end and Naozumi finds out that Anzu’s mother is Sakura, a high school classmate who left school to get married to a college teacher and raise a family with him. Somehow, she sees herself reflected in Anzu and encourages her to marry Naozumi.

Naozumi Tsuchida is the only male teacher at Hanamaru Kindergarten, who started teaching in the school after graduation. At first, he was seen as unreliable, but as time passes by, he gets the hang of being a teacher. He is liked by Anzu, but he does not return his affection back to her. He has a crush on Nanako Yamamoto, his colleague. Sakura called him Tsutchi when they were classmates (and still does), so Anzu does as well. He is a game otaku and plays until late at night, often resulting in him being late for work at the kindergarten. He teaches first-year Sakura Class.

Nanako Yamamoto is one of the female teachers at Hanamaru Kindergarten. Even though Tsuchida likes her, she is a little too airheaded to understand it; she regards herself as a woman who is not that attractive. She teaches first-year Peach Class. She appears to be good at sewing, as she has fixed Tsuchida’s apron and Koume’s stuffed panda-cat doll’s ear.

Anzu is a girl who has a crush on Tsuchida to a point where she wants to marry him, but fails to get his affectionate attention. She is also a friend of Koume and Hiiragi. She is known to do unsafe actions that usually cause many adults to worry. She has a wild strand of blond hair that sticks up.

Koume quickly became friends with Anzu and Hiiragi upon the start of the semester. She is very shy and sensitive. She has an older brother who gave a red ribbon she holds very dear to her heart.

Hiiragi became friends with Anzu and Koume upon the start of the semester. She is very gifted in knowledge but is easily embarrassed. Her dad works at a scientific lab. She wears random costumes in certain episodes. Her mouth isn’t shown, even when she talks.

Previous
Dance in the Vampire Bund (2010)