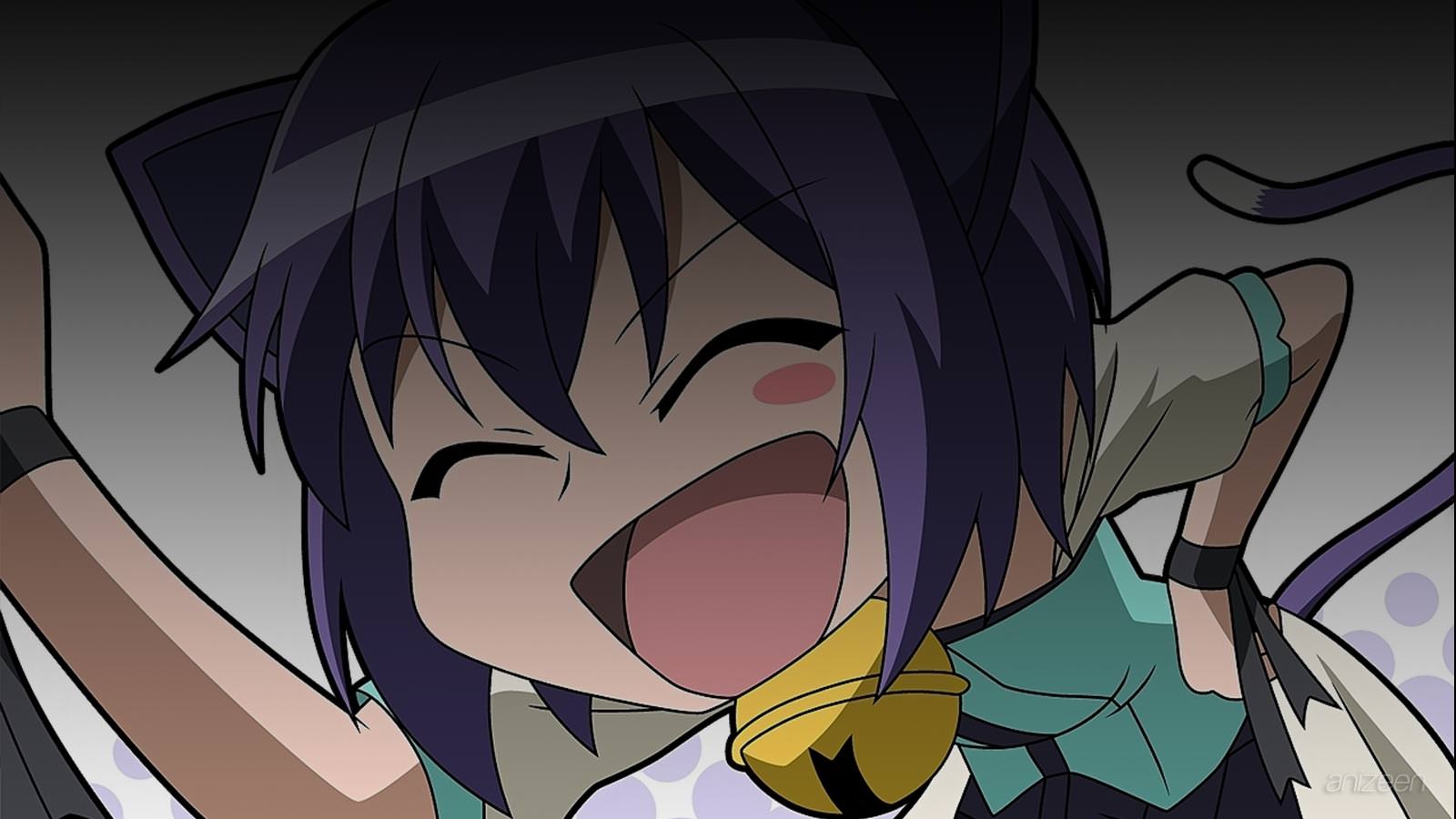 Thousands of years ago, Enka, the god of destruction, died with the word that its ‘child’ would destroy the world. Thousands of years later, some people (and non-human creatures) who have potential to be the children of Enka are found. They participate in the ‘Cozy Family Operation‘, in order to find out who the real child of Enka is, and also to teach him or her about the love of family and stop it from destroying the world.

A little girl, Kyouka Midarezaki, is being chased around by a bunch of police but she manages to evade them by jumping up into the air. She then tries to steal an apple but a guy, Midarezaki Ouka, decides to give her a public service announcement about how “stealing is bad”. In response, she tells him that his dirty hand does not fit to touch her furries.

In response, Midarezaki Ouka introduces himself as the head squad of Japan’s Paranormal Counter-Measure’s 1st division. Upon hearing his name, Kyouka suddenly grins but they are interrupted by the group of police who were still hunting her. To stop the police, the little girl releases a cellular-phone-like signal which causes all of the policemen to fall unconscious. She then demands Ouka to take her to the Paranormal Counter-Measure HQ right away.

Once upon a time a monster called Enka tried to kill everyone in this world. However, it was eventually defeated by humans who went stabby at it. Enka didn’t just croak and die though. Back then it swore that one of its descendants will come to wreck havoc in the future. Thousand years later, it is confirmed that Enka’s descendant lives amongst us.

While killing them is possible, that’s just too violent. So the government came up with a crazy, but very touching plan. Let’s put all of Enka’s children in the same house so they can be monitored and controlled.

Kyouka Midarezaki is the ‘mother’ of Midarezaki family. She is twenty years old, however, she has an appearance of a little girl with cat’s ear and tail. Her real name is Kyoukya Eaeriaea, and she used to be worshipped by the people of an underground kingdom named ‘Shangri-la’, however, she ran away because she felt something was missing from her life. Due to her past of being worshipped, she has very arrogant and destructive nature, but despite her personality, she is actually very caring about her family and is trying to do her best as Ouka’s wife (this being watching romantic animes). She has an ability named ‘Keitai Denwa’, which allows her to manipulate a person’s mind.

Ouka Midarezakiis the ‘father’ of Midarezaki family who is forced to participate in Cozy Family Operation. Sensible and collected, however, he is often teased and mocked by Kyouka. He lost his parents at the age of three, and has no memory before then. He is also the head of the operations department of ‘Supernatural Phenomenon Treatment Bureau’. He has clearly stated to Kyoukya that he is unable to love someone, yet he does treasure the family and likes her, which made her blush.

Ginka Midarezaki is the ‘eldest son’ of Midarezaki family. He is twenty-three years old and has gender identity disorder. He enjoys dressing as a female and often talks in a feminine manner. He also works at local okama bar ‘Virgo’ under the name of ‘Silver Fox’. He was originally a member of yakuza clan named Kizakura, but ran away when a girl he loved was killed by his family. His original name is Ginichi Kizakura. He once met Chika in person a long time ago, and made a promise with her which eventually leads her to join the Midarezaki family.

Yuuka Midarezaki is the nine-year-old ‘eldest daughter’, second daughter after the end of the first book, of Midarezaki family. Comes from ‘Demon’s Family’ Himemiya, she was continuously abused by her family according to their tradition called ‘Solitary Doll’, especially by her biological sister. Despite her past, she has a very calm and gentle personality. Her original name is Reiko Himemiya.

Teika Midarezaki is the seven-year-old ‘second son’ of the Midarezaki family. He is a lion, and known as the last connection to ‘the Brown Emperor’. He talks in an archaic manner, and he is very proud of himself as a lion. He is also very fond of Yuuka. He usually refers to his siblings as Honorable Sister or Honorable Brother.

Hyouka Midarezaki is the three-year-old ‘youngest son’ of the Midarezaki family. He is a biological weapon made from the flesh of Enka that bears the name of ‘The Black Thirteenth’. Three years ago, he destroyed the laboratory where he was made and ran away, and it seems that he is currently suppressing his past memories. He enjoys watching television.

Gekka Midarezaki is the ‘youngest daughter’ of the Midarezaki family. She is a jellyfish, however, she is able to do things that are unusual for a normal jellyfish such as writing letters, changing her body’s color according to her feelings or shooting lightning as an attack. The sub-director of Supernatural Phenomenon Treatment Bureau’s operation department went fishing, caught her and DNA-tested her for fun, and it turned out that a mere jellyfish actually has Enka’s DNA, so she became a member of ‘Cozy Family Operation’.

Chika Midarezaki is formerly known as Senko Himemiya, she is Yuuka’s biological sister and is the last one to join the Midarezaki family. She was the former ‘Solitary Doll’ before Yuuka was born. After Yuuka became the next ‘Solitary Doll’, she tortured her in various ways and even gave money to her classmates to bully her. However, she remembered the promise with Ginichi Kizakura, now Ginka Midarezaki, and regrets her wrongdoings.