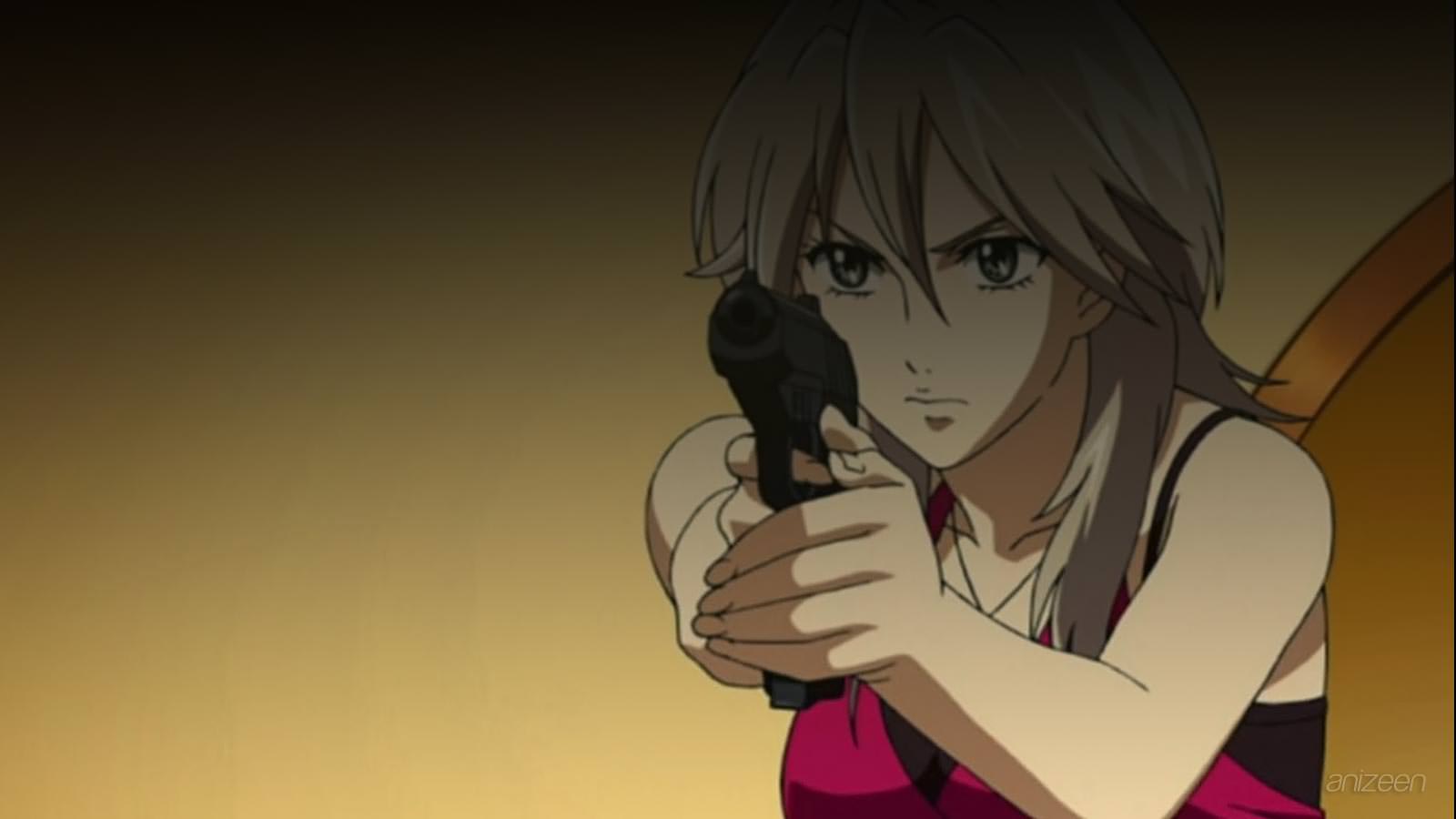 The setting is Diver City in a not too far away future: in Rags Town, a slum full of scum. A carefree detective named Shuu is living in this city, doing what he pleases, he is the head of the S&A Detective Agency.

While he is away, his assistants Manami and Ayaka take a very peculiar transvestite to monitor the pickup of some cargo from a truck. This, however, turns into a deadly shootout, and the cargo eventually reveals itself to be a mysterious woman apparently made of glass who exhibits superhuman speed.

An evil power-suited woman tries to capture the Glass Maiden, Shuu shows up in the nick of time and drives her to safety, but who is this woman, why was she wearing a strange choker, and what does she have to do with the recent deaths of five girls who were all found turned to glass after bursting into flame?

The beautiful girl has lost her memory, and Shuu tries to solve her mystery without knowing that this would change his life and make him face a powerful enemy.

Shuu is the main protagonist of the story. A ladies man who serves as the boss of the detective agency. His brooding persona is darker and more enigmatic than his lighthearted sibling, Akira.

Akira is Shuu’s younger brother, he detests the nickname, Chi-Boss, which Manami and Ayaka have accorded to him. He is the only one authorized to accept jobs from Porilyn. He is more outgoing than his brother and likes to hangout with the agency’s pet and mascot, Q-chan.

Manami is one of the two girls who work for the detective agency. Manami is characterized by her short hair and her boisterous manner. She is also untidy as Ayaka complained about the status of her room.

Ayaka is the other girl in the detective agency. Of the two friends, she is more quiet and possesses better manners. She is often seen working with her computer.

Porilyn is an effeminate man who acts as either the mediator or the customer for the more difficult jobs that the agency (Shuu) takes. He monitors everything around the city using several surveillance cameras spread around the city.

Sensei is a perverted doctor who like to take photos of his assistant with different costumes. According to his assistant, he may seem different but he is very skilled. One of his mottos in life is that “Without lust, humans are nothing.”

Monica is the assistant/nurse of Sensei. She accommodates and also seems to enjoy the doctor’s fetish for cosplay and inappropriate touching.