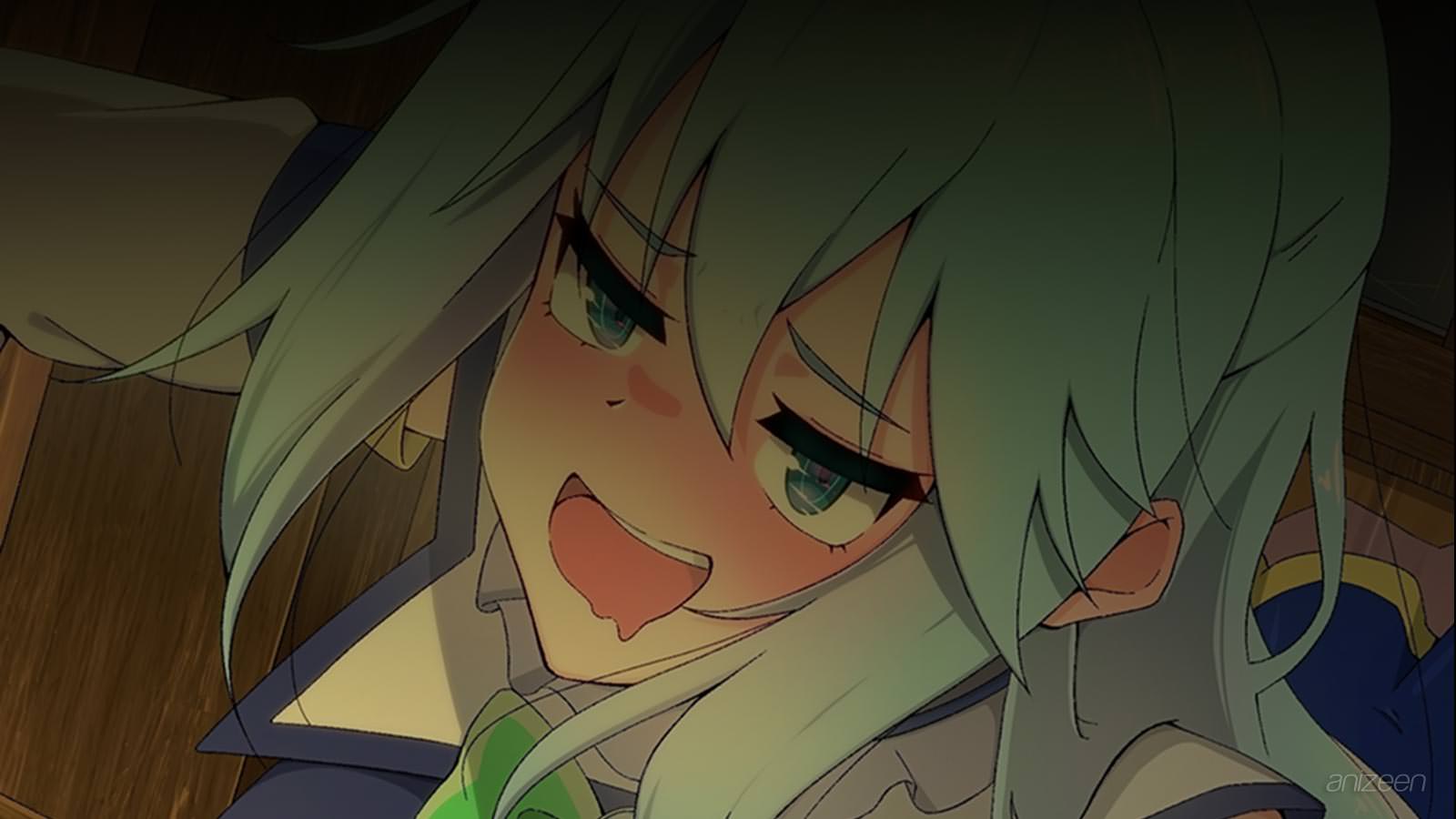 Kazuma Satou is not exactly a social being, he prefers to shut himself at home playing games. But today is special, and Kazuma is up early and ready to visit the city. A limited edition of a popular game goes on sale and he wants it badly.

It took him five hours, but he finally has his precious game. As he walks back home he sees a distracted girl walking on the road.

Somehow, Kazuma sees danger coming her way, and without second thoughts he tries to help her. Suddenly, he awakes in a different place, unsure of what happened, a girl, named Aqua, appears in front welcoming him to the afterlife.

According to her, Kazuma has passed away. He asks about the girl he tried to help, she was alright. As he feels relief about it, Aqua points out she was never in danger, and that Kazuma simply wasted his life.

Aqua can’t control herself and starts laughing out loud. She can’t remember such kind of death, and she has seen a lot, after all, she is a goddess who guides humans who died young into the afterlife.

But this is not the end for Kazuma, he can pick what he wants to do. Usually, there are a couple options, go back and start a new life or stay in a boring heaven and become an elder.

But there is also another offer for him, Aqua knows that Kazuma loves games, and because of that he invites him to go to a new world, threatened by evil.

It seems to be a scary place, and no one wants to go there. That’s why, Aqua decided to send people from other worlds with their bodies and memories intact.

The offer doesn’t seem good enough, basically, Kazuma will die again sooner or later. But Aqua has a bonus for him, and he can choose one thing, anything, to take with him on this journey.

Kazuma will be able to redo his life with all his memories. He can’t decide what he needs to face the new world, and he simply decides to pick Aqua.

Against her will, she is sent to the new world alongside Kazuma. Now, they will begin their adventure.