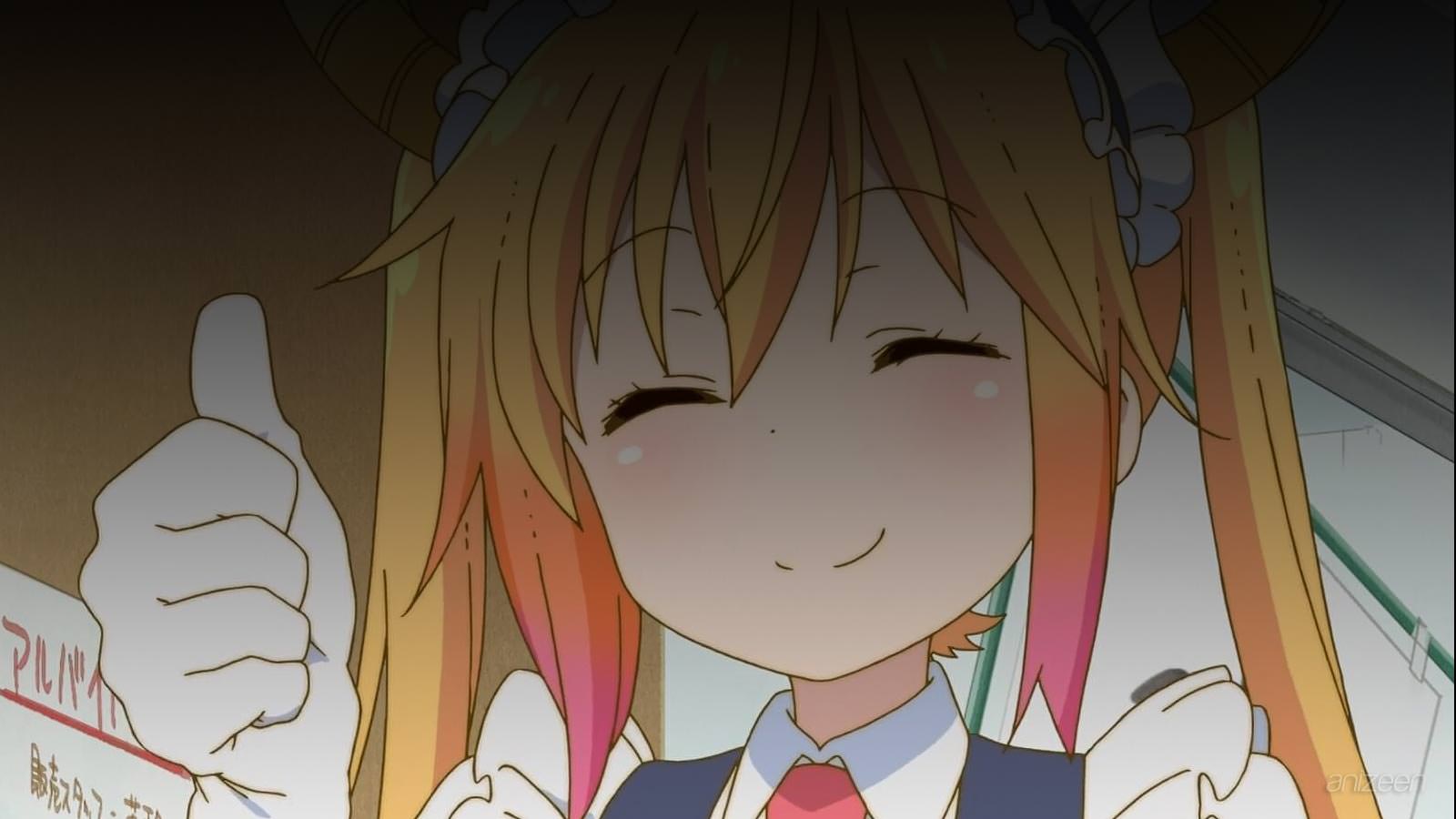 Tohru is a dragon, a majestic creature -maybe the most powerful- and she is supposed to be an imaginary creation that breathes fire, flies and uses magic. However, she is not, and Kobayashi, a dull office worker, is about to have a life changing experience.

One morning, after a rough night, Kobayashi prepares to leave to office, but she finds a little surprise outside her door. Tohru in her dragon form shows up and does not hesitate to transform into a lovely human girl.

Kobayashi is astounded, and simply accedes to let Tohru enter. There, our dragon thanks Kobayashi for her valiant effort last night, but she cannot recall what happened, after all, she was really drunk, wandering all around.

Kobayashi found Tohru with a huge sword in her back; she helped the dragon and even invited her to come to her place. Tohru is ecstatic, and wants to pay back for her help, that is why she has decided to work as her maid from now on.

Kobayashi does not seem to understand completely, but tells Tohru she is not hiring anyone now. However, Tohru tells her she can be useful, and that she can turn any area into chaos, or even curse people.

It is getting late, and Kobayashi asks Tohru if she can fly her to work, immediately, she transforms and takes her to her destination. Kobayashi begins to thinks it would be nice to share her apartment and ends up accepting Tohru.

Now, Kobayashi must teach her manners, and the proper way to behave as a housekeeper. However, Tohru will get confused more than once in the process, one thing is certain, she cares for Kobayashi like no other.

At night, Kobayashi allows Tohru to stay with her in her room, even though she does not need to sleep, she wants to do just as Kobayashi. Tohru ends up having a dream, more like a nightmare, remembering how she was hurt with that sword. Kobayashi talks to her, letting her know the pain is gone now.