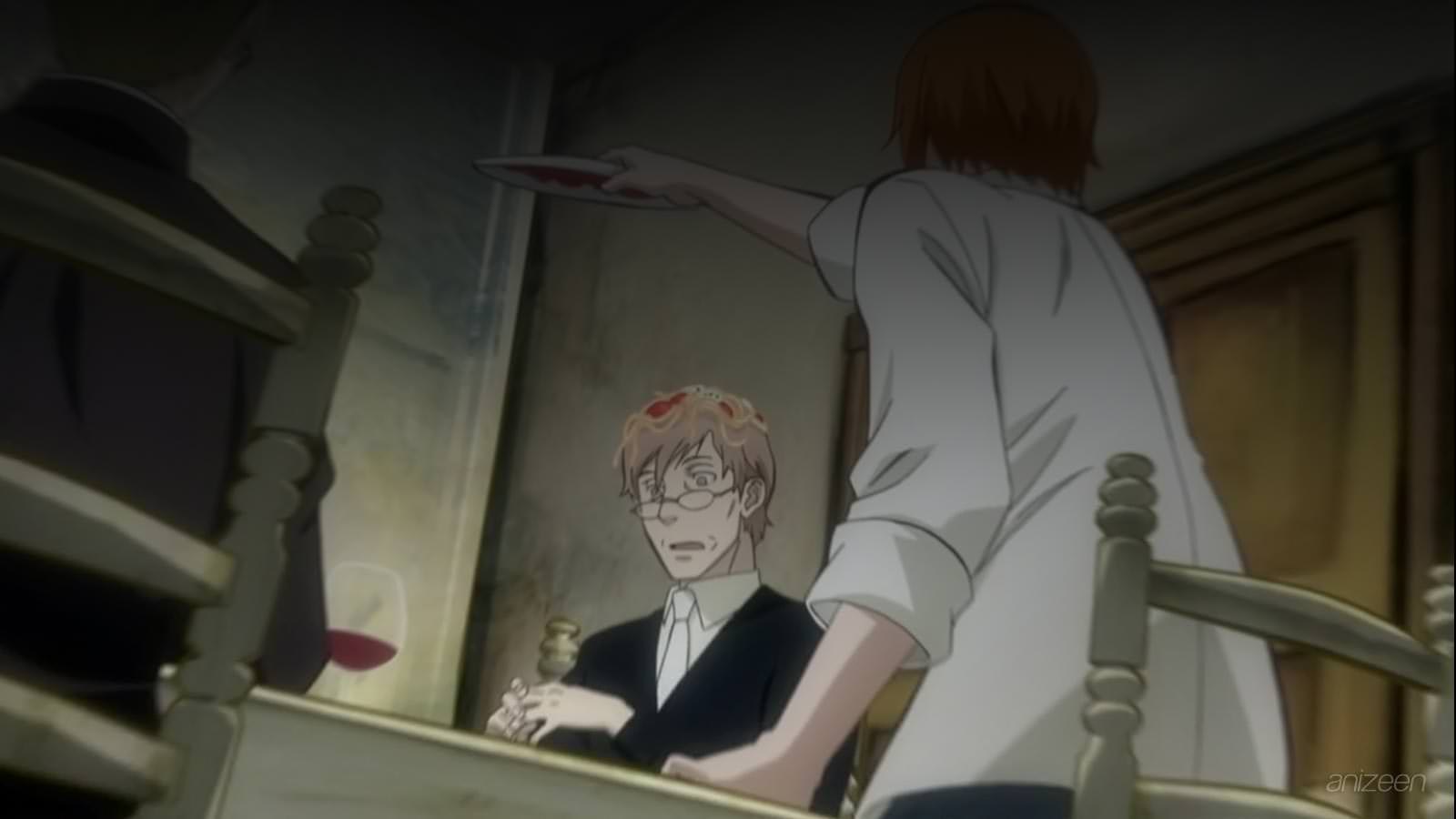 Rome, Italy, such an incredible city, with a lot of history and where food is really important.

Nicoletta, a twenty year old girl, returns to Rome in order to confront her mother Olga who left Nicoletta at her grandparents’ 15 years ago. Olga abandoned Nicoletta because she wanted to marry a man and didn’t want the man to know that she was divorced and had a daughter.

Nicoletta goes to the restaurant that is owned by her mother’s husband. When she looks around the very busy little place, Casetta dell’Orso, Nicoletta notices that all of the waiters and staff are older men, and all wear little half-lens reading glasses.

When Olga enters with her husband and sees Nicoletta she drags Nicoletta outside and yells at her for coming to Rome and to the restaurant. Nicoletta wants to tell Olga’s husband the truth about them, but Olga gets Nicoletta to agree to pretend to be the daughter of an old friend for the time being.

Nicoletta wanders around Rome, she runs into one of the staff members from the restaurant and joins him for a staff lunch where she is introduced to the rest of the group.

Apparently, the idea of having the staff be comprised of older men is Olga’s idea, as well as having them wear those reading glasses, even though some of the men don’t need the glasses. This gives a certain ambience to the restaurant that attracts plenty of older wealthy women.

Nicoletta is 21 years old, she is an energetic girl whose parents divorced when she was young and was as a result raised by her grandparents. Upon graduating from cooking school, she began working as an apprentice at the Casetta dell’Orso restaurant and is its only female staff. She has a crush on Claudio.

Santo Claudio Paradiso is the head waiter of Casetta dell’Orso. He and his first wife Gabriella separated a few years ago.

Luciano de Luca is a waiter at Casetta dell’Orso. Surprisingly shy at times, his wife passed away and he is currently single. He has a grandson.

Vito is a waiter at Casetta dell’Orso. A very jovial person.

Gian Luigi Orsini, Gigi, is a sommelier. A taciturn person, he is Lorenzo’s half brother and cousin. He is currently single.

Julio is a chef. A friendly person. He is a devoted husband.

Teo is a chef. Youngest member of the restaurant staff, he is a talented cook.

Ristorante Paradiso
(リストランテ・パラディーゾ)
Is a manga series by Natsume Ono, detailing the daily lives of the staff of a Rome restaurant. The first iteration of the series was serialized in Outashuppan’s Manga Erotics F manga magazine between May 2005 and March 2006; it spanned one volume. A continuation, Gente ~Ristorante no Hitobito~, is currently being serialized in the same magazine, with three volumes published. An anime adaptation, produced by David Production, aired on April 5, 2009.
OP
1. “Marigold” ~ orange pekoe
ED
1. “Suteki na Kajitsu” ~ Lisa Komine
WEB

Previous
The similarity between anime mascots