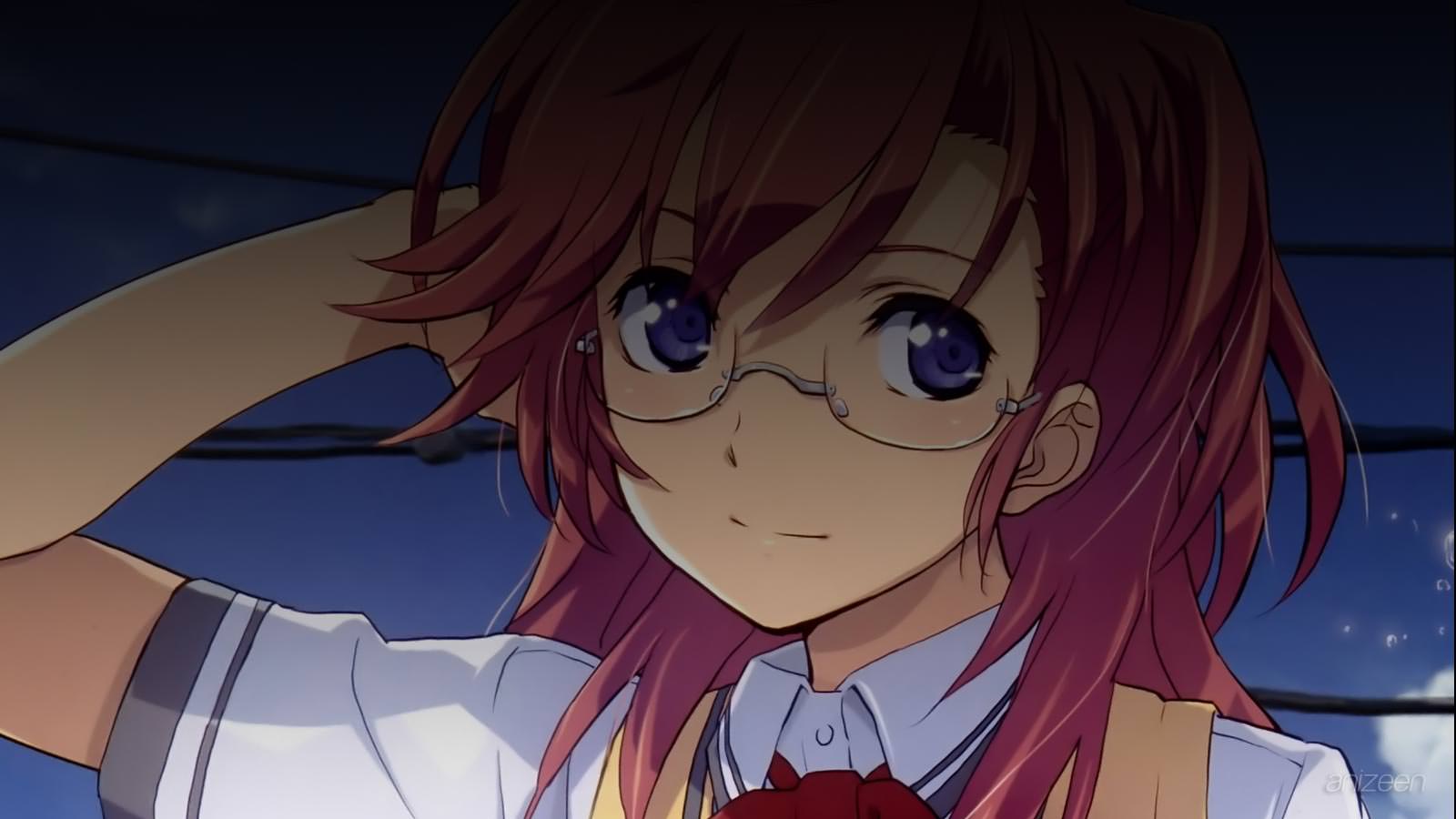 Kaito Kirishima is a regular high school student, one night, as he is testing his new 8mm camera something flashes and comes from the sky.

Kaito is launched from the top of a bridge and falls down covered in blood. As he starts to faint, a hand reaches him to save him. The next morning, he wakes up in his room and has no memories of what happened last night.

The summer is coming, and that means the long awaited vacations will be here in some days. Kaito will be alone for the next months, since his sister will have to trip to Bolivia for business.

As any teen-ager, Kaito hasa vivid imagination and thinks he will have a great time. At school, his peers, Tetsurou Ishigaki, Kanna Tanigawa and Mio Kitahara are discussing about the summer and that they should do something interesting.

Tetsurou thinks Kaito should film something and suggests they should start planning a movie. At that moment, Kaito starts recording with his camera, without noticing, he is looking at a red hair girl, Ichika Takatsuki.

Everybody starts making fun of Kaito, Kanna, who has feelings for him is not happy at all. Later on, during the lunch break, Tetsurou encourages Kaito to meet Ichika, who is quite worried that she attracts the attention of so many persons at school.

Ichika has already befriended another third year student, Remon Yamano, who has a difficult personality and a mischievous aura. Tetsurou tells Ichika that they will be filming a movie and that Kaito would love if she is part of the project. Surprisingly for them all, she says she will gladly join. Remon becomes interested and tells them she will write the script for the movie.

The day comes to an end and Kaito is quite happy that he will be busy and surrounded by this intriguing girl. But as he walks home he spots Ichika fishing in a little river, Kaito approaches and listens how she is struggling to fish something.

Ichika is surprised when Kaito tells her that there are no fish in the river and that she should move to a bigger one. Somehow, Kaito starts daydreaming and begins to ask many questions to Ichika, as his dream comes to an end, he realizes that everything is a reality and that he has invited Ichika to stay with him.

Now, Ichika will start living with Kaito as his sister works overseas.

Kaito Kirishima is a student in his first year of high school. He is an avid videographer and constantly out recording on an 8mm handheld camera that he inherited from his late grandfather. Others sometimes refer to him as “The Director”.

Ichika Takatsuki is an alien come to Earth who acts to save Kaito from the injuries he sustains when her ship crash-lands. Being an alien unaccustomed to life on Earth, her actions may seem weird in the eyes of others, but she is quick to correct herself, if only to hide the fact that she is an alien.

Kanna Tanigawa is an outgoing girl who is quick to speak her mind. She is a close friend of Kaito, whom she has a crush on. Kaito’s sister is aware of this and encourages a relationship between the two. Kanna has been friends with Tetsurou since childhood. She loses her usual demeanor when she gets drunk.

Tetsurou Ishigaki is a close friend of Kaito and Kanna. Although he has feelings for Kanna, he knows of her feelings for Kaito and encourages a relationship between the two. He seems to be an all-around savvy guy with females and is easily able to smooth-talk a female teacher.

Mio Kitahara is a good friend of Tanigawa. She has feelings for Tetsurou and her thoughts seem to innocently go in a sexual direction sometimes. Every time she is shown at home she is nude; she also sleeps in the nude and dislikes wearing underwear. She says that her family are nudists, and that she hides this fact from everyone due to her embarrassment over her family’s unusual lifestyle.

Remon Yamano is a third-year high school student with a petite appearance and a distinctive voice. She is generally cold towards people, but befriends Ichika when they first meet. She is good at picking locks and can be quite mischievous. She seems devious, as though everything she does has an ulterior motive.

Ano Natsu de Matteru
(あの夏で待ってる)
Is a nJanime series animated by J.C. Staff, produced by Genco and Geneon, and directed by Tatsuyuki Nagai. The screenplay was written by Yousuke Kuroda, with original character design by Taraku Uon, who both contributed in the creation of the Please! franchise (Onegai Sensei! and Onegai Twins!). The anime began airing in Japan on January 10, 2012.
OP
S1. “sign” ~ Ray
ED
S1. “Vidro Moyou” ~ Nagi Yanagi
WEB