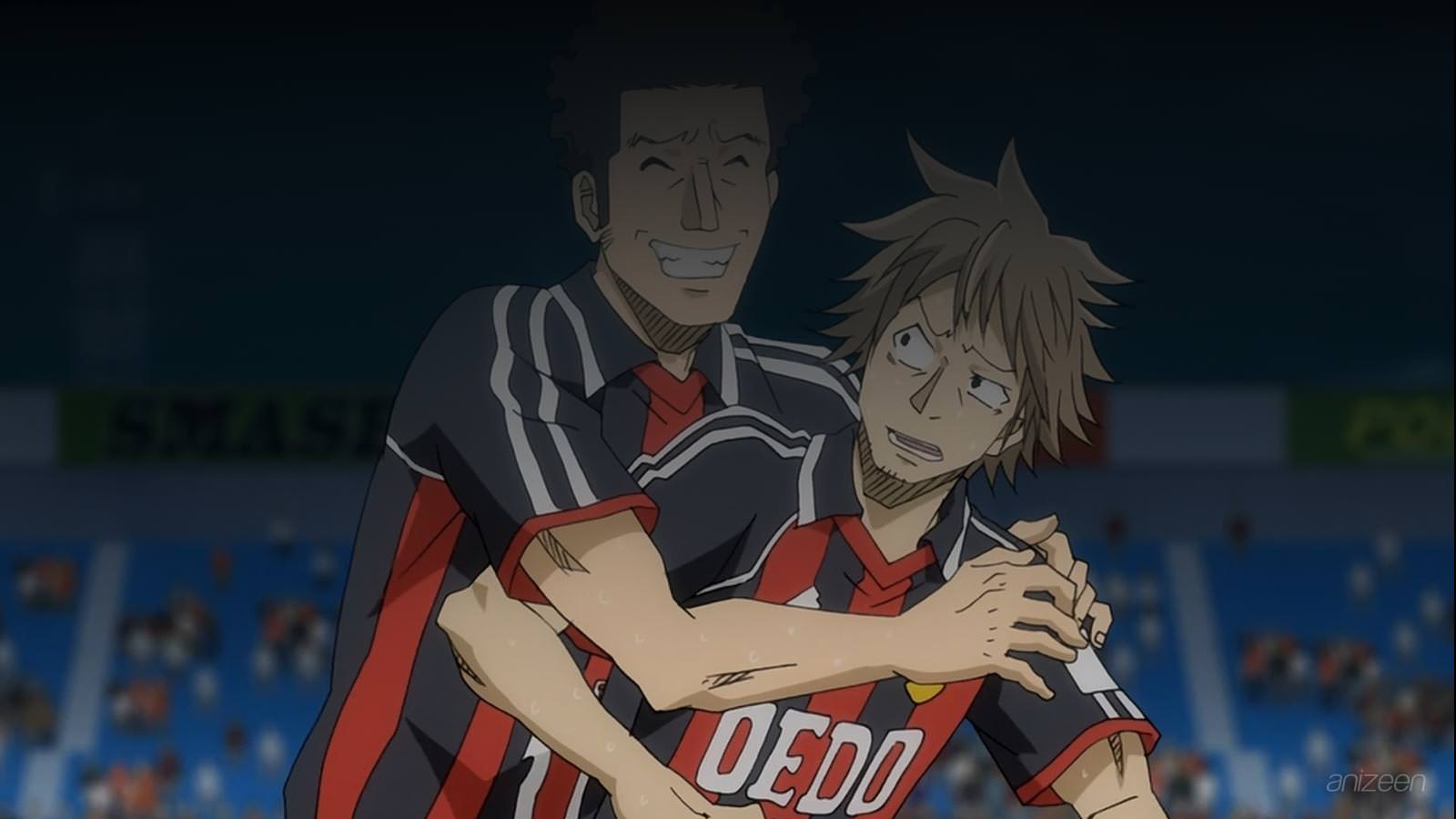 East Tokyo United, ETU, has been struggling in Japan’s top football league for a few years. It has taken everything they have just to avoid relegation.

To make matters even worse, the star players are leaving, the sponsors can’t take it any longer and the fans are starting to abandon the team.

In a desperate last-ditch effort to turn ETU around, they hire a new coach, the slightly eccentric Tatsumi Takeshi. Takumi was the fresh, young star that was predicted to put ETU on the top of the standings, until he abruptly left to play in one of England’s lower division amateur teams, sending the team into their tailspin.

With some help from his ex-teammate Gotoh, now he’s back and the team players and angry fans view him only as a filthy traitor. Will his unorthodox methods be exactly what is needed to save East Tokyo United?

The task won’t be easy, the teams East Tokyo United is pitted against have bigger budgets and better players. However, Tatsumi is an expert at Giant Killing.

Takeshi Tatsumi is a former East Tokyo United star and member of the Japan national football team, he transfers to a foreign club after a successful spell at ETU. After retirement as a player, Tatsumi coaches FC Eastham, an English Division 5 amateur team, into the fourth round of the FA Cup. Following his success with Eastham, he is convinced by ex-teammate Gotoh, now GM at East Tokyo United, to return to Japan and coach the team where he spent his years as a player.

Shigeyuki Murakoshi plays Defensive Midfield for East Tokyo United. He joined ETU as a promising talent in the hopes of playing with then-ETU star Tatsumi, but his dreams were crushed when Tatsumi left for Europe the following season. He is known as “Mr. ETU” throughout the storyline because of his loyalty and dedication to the club, even during the seasons it spent relegated in J2.

Daisuke Tsubaki plays Midfield for East Tokyo United. He was promoted from ETU’s reserve team to ETU’s “A” team by Tatsumi.

Luigi Yoshida plays Midfield for East Tokyo United. Of half-Japanese and half-Italian descent; known as the “Prince” among ETU teammates because of his ingenious playmaking ability and his often narcissitic attitude.

Yuri Nagata is the daughter of ETU’s President Nagata, and PR Manager for the club. Was a big fan of ETU and Tatsumi during his player years, and sets off for England alongside GM Gotoh to convince Tatsumi to return to Japan as coach of ETU.