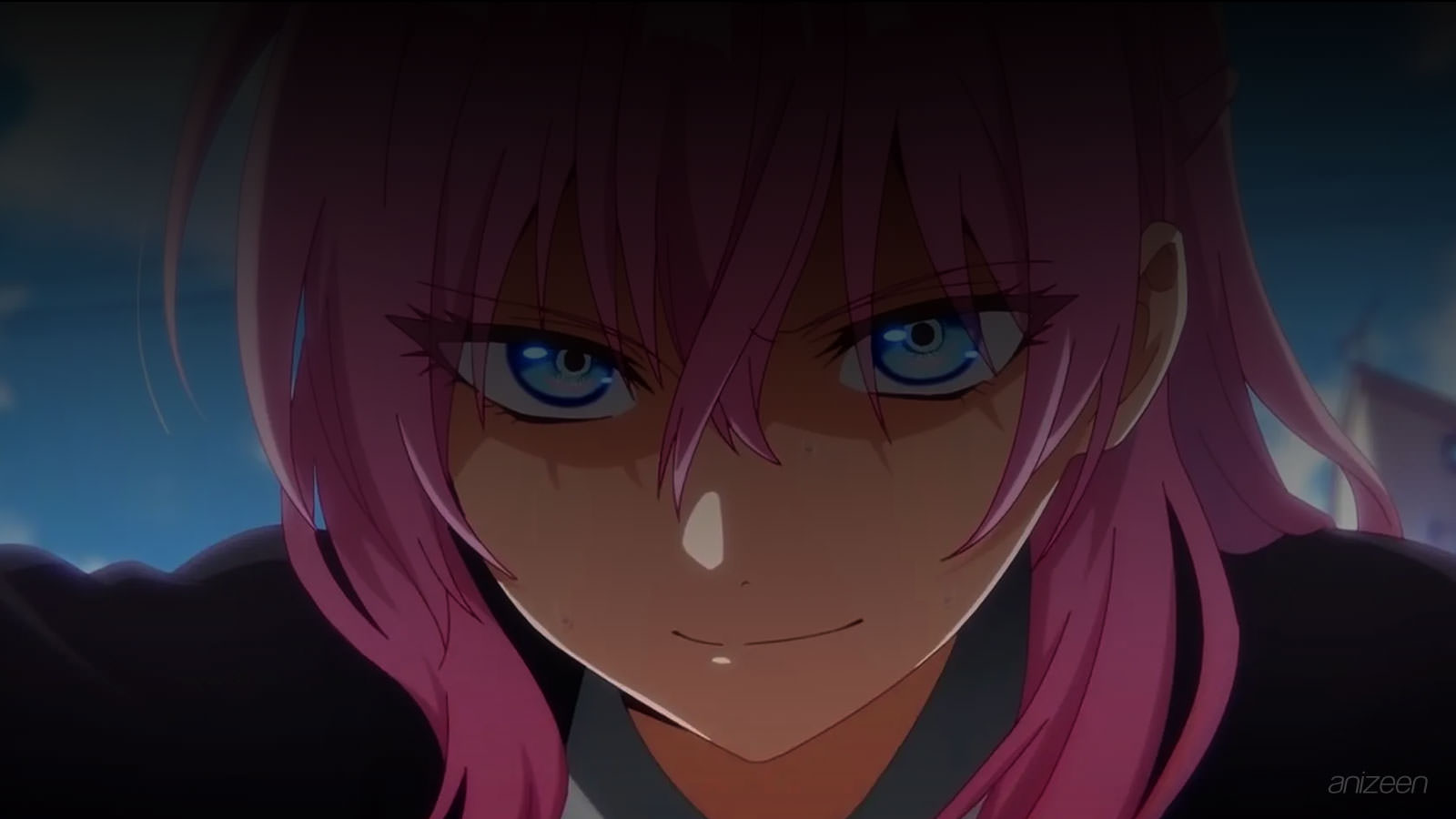 Izumi is a second-year high school student, for some reason he attracts all kinds of misfortunes every single day, and it’s not uncommon to see his parents asking him to be careful when going out to school.

Despite his bad luck, Izumi has Shikimori by his side, his girlfriend is beautiful and at first sight she is sweet and considerate, but despite her appearance, she is very determined and has decided to protect Izumi.

On the first day of school, Izumi runs to meet Shikimori, on the way he dodges various challenges, including a crow. In the end, he ends up covered in dust, but despite everything, he does not lose his good spirits, after all, Shikimori is waiting for him.

The day goes by unexcitingly, at least until something strange happens and an eraser fly straight to Izumi’s face, suddenly, Shikimori intervenes and prevents it from hitting her boyfriend.

She ends up covered in chalk dust and goes to the bathroom to clean up, meanwhile, their classmates joke with Izumi that her girlfriend is the best, and that he should be careful not to lose her.

Shikimori overhears the comments and enters and asks Izumi out, as they leave the classroom, her look makes it clear that she did not like their conversation.

Later, the boys and girls gather and decide to do something together after school. Everyone agrees to have some fun and go bowling.

The girls tell Shikimori that this is an excellent opportunity to show as vulnerable, and allow Izumi to show off to her. After all, that would make her look cute in his eyes, and deep inside her, Shikimori desires Izumi would tell her how cute she is.

At last, it is Izumi’s turn, and with a natural clumsiness, he only manages to knock down a couple bowling pins. It’s Shikimori’s turn, and she has decided to be cute in front of her boyfriend, or at least that was her plan, until she listens Izumi ask her to do her best.

And that is precisely what Shikimori does, and without paying attention, she ends up with a perfect game.

On their way back, they walk and talk, and Izumi tells her that he is worried about their relationship, he feels to be dragging Shikimori into all kinds of dangers, at that moment, a store sign falls on Izumi and she saves him from peril.

Shikimori doesn’t allow him to finish speaking, and simply tells Izumi that they should stay together, and that she will keep Izumi safe.

He is ecstatic and does not hesitate to tell her that he loves her, which surprises and intrepid and shy Shikimori.