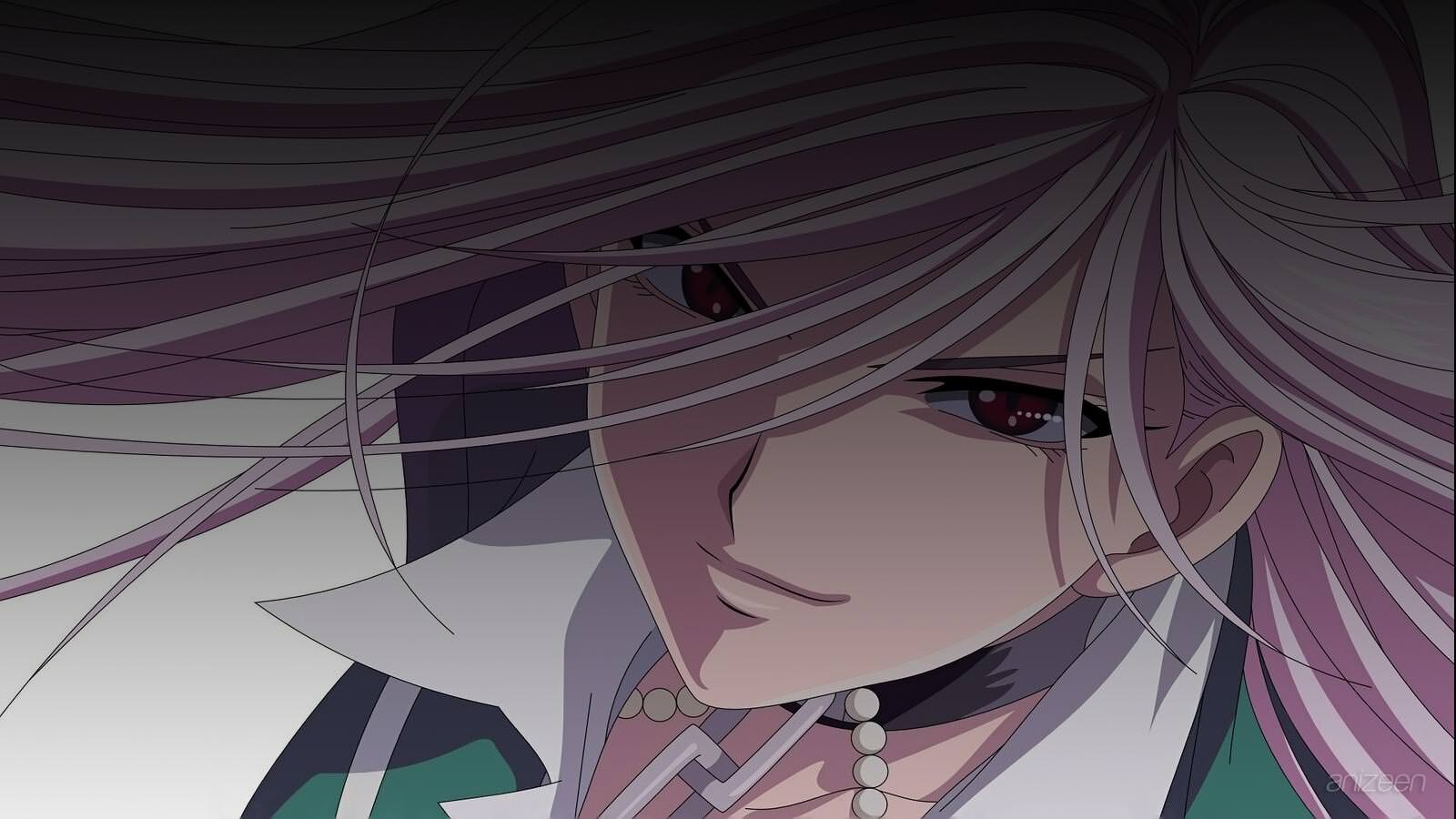 Tsukune Aono is a painfully average high school freshman who is unable to get into any private schools due to his disappointing grades. His father, after a night out drinking, picked up a high school acceptance package that was dropped by a strange priest. The circumstances may be odd, but that doesn’t stop Tsukune’s parents from being delighted that their son won’t become a “good for nothing” after all.

But when Tsukune nears his new boarding high school, Youkai Academy, which turns out to be a secret school for supernatural monsters who are in disguised as humans. Things start to get even stranger after he is run down by a Moka Akashiya, who takes an immediate liking to him for an unusual reason; she is a vampire and is attracted to the sweet taste of his human blood. Tsukune quickly realizes that his admission into a monster school must have been a mistake and fears for his life.

Despite Moka’s vampiric nature, she is a sweet girl and Tsukune quickly falls in love with her. He decides to stay at the monster boarding school to be near her despite the various dangers. He must hide his human identity from the teachers and other students while trying to keep his grades up and avoiding conflicts with the various not-so-mythological monsters lurking around campus.

The rules of Youkai High are strict, specially on one thing, the students may not demonstrate their true youkai powers and must remain in quasi-human form, something that Moka accomplishes by wearing a rosary. This means that Tsukune can hide the fact that he is the sole human in the youkai school. Never-the-less, Tsukune feels that he can’t keep up the charade and tries to leave the first evening.

Moka tries to stop Tsukune, and once Tsukune tells her that he intends to attend a human high school Moka tells him that she hates humans because she was treated awfully and was always lonely when she attended a human middle school. Tsukune then reveals the truth to Moka about his being human and runs off, but he returns when a tough youkai boy tries to bully Moka.

Tsukune soon discovers that when he removes the cross-shaped amulet attached to the rosary around Moka’s neck, she transforms into her true form, a “super-vampire” that is stronger and more powerful than almost any other creature at the school. However, in super-vampire form, Moka has a different personality that is often cold and merciless, so the rosary amulet is only removed in dire emergencies. Tsukune and Moka soon make new friends as their stay at Youkai Academy progresses.

Tsukune Aono is a completely average human being, he is mistakenly enrolled in an academy for youkai. He soon meets Moka Akashiya, a Vampire who takes an interest in him due to the ‘sweet’ taste of his blood. Afraid for his life and ready to leave the school, it is only his feelings for Moka that get him to continue attending the youkai academy. Though he has no special powers of his own, he constantly attempts to protect his friends with his own life. Later on he acquires Vampiric, and then ghoul-based powers (the latter of which puts his humanity in jeopardy), allowing him to fight toe-to-toe with supernatural opponents.

Moka Akashiya is a student of the Youkai Private Academy. She takes a liking to Tsukune after sucking his blood and seems to get addicted on doing so. In addition to sucking Tsukune’s blood, she also has the ability to inject Tsukune with her own. This results in Tsukune temporarily gaining powers comparable to Moka’s unleashed strength, though the process eventually begins to break Tsukune’s body down. She later on starts to view Tsukune in a romantic way. They attempted to kiss once during Tsukune’s birthday, but were interrupted by the arrival of their friends.

Shizuka Nekonome is one of the school teachers and the advisor for the Newspaper Club. She is a Nekomusume who likes to eat raw fish. According to an omake, she likes goldfish (actual goldfish, not the crackers). She appears to have a rather carefree attitude.

Yukari Sendo is a witch. She always like wearing a witch costume (which consist of hat and cape), which is considered by some of the students to be a violation of the school rules. Despite being the smartest student around the Youkai Academy, ranking #1 on the examination, she was lonely and a serious prankster before meeting Moka. She initially hates Tsukune since she claims she’s in love with Moka, and uses her magical powers to try and drive them apart. However, after both Tsukune and Moka save her from her monster classmates, she falls for him too.

Kurumu Kurono is a succubus. She’s quite jealous of Moka due to the fact that Moka’s popularity is overshadowing her popularity. She tried to take Tsukune away from her by seducing and using her ability to charm people and make them her slave. Later on, Kurumu is only doing that because she wants to find her “destined one” among the guys to save her dying breed and has an assumption that Moka is blocking that path. She got defeated by the Super Vampire Moka and was spared because Tsukune persuaded the Super Vampire Moka to not kill her. She then makes a decision that Tsukune will be her “destined one” and was friends to Moka and Tsukune from then on.

Mizore Shirayuki is a Yuki Onna, has the ability to control ice at will. She also has the ability to make multiple ice clones of herself. First appearing in ch. 18, she returned to school after a long absence and showed an immediate interest in Tsukune. In truth, she had become completely infatuated with Tsukune, going so far as to create her own journal/scrapbook with all of Tsukune’s newspaper articles. She once confessed to a teacher she liked, but the teacher tried to take advantage of her and she froze him.

Ginei Morioka is president of the newspaper club, his true form is a werewolf. He’s also a shameless peeping tom. He starts out as an antagonist to Tsukune, but he becomes friendly to him by the end of chapter 4. After a while, he ceases his schemes so that people will stop calling a peeping tom. He is in love with Moka, although the love is completely one-sided. However, he still hasn’t given up on Moka. It should be noted, however, that he has no second thoughts about trying to impress other girls as well.

ED ~ Dancing in the velvet moon