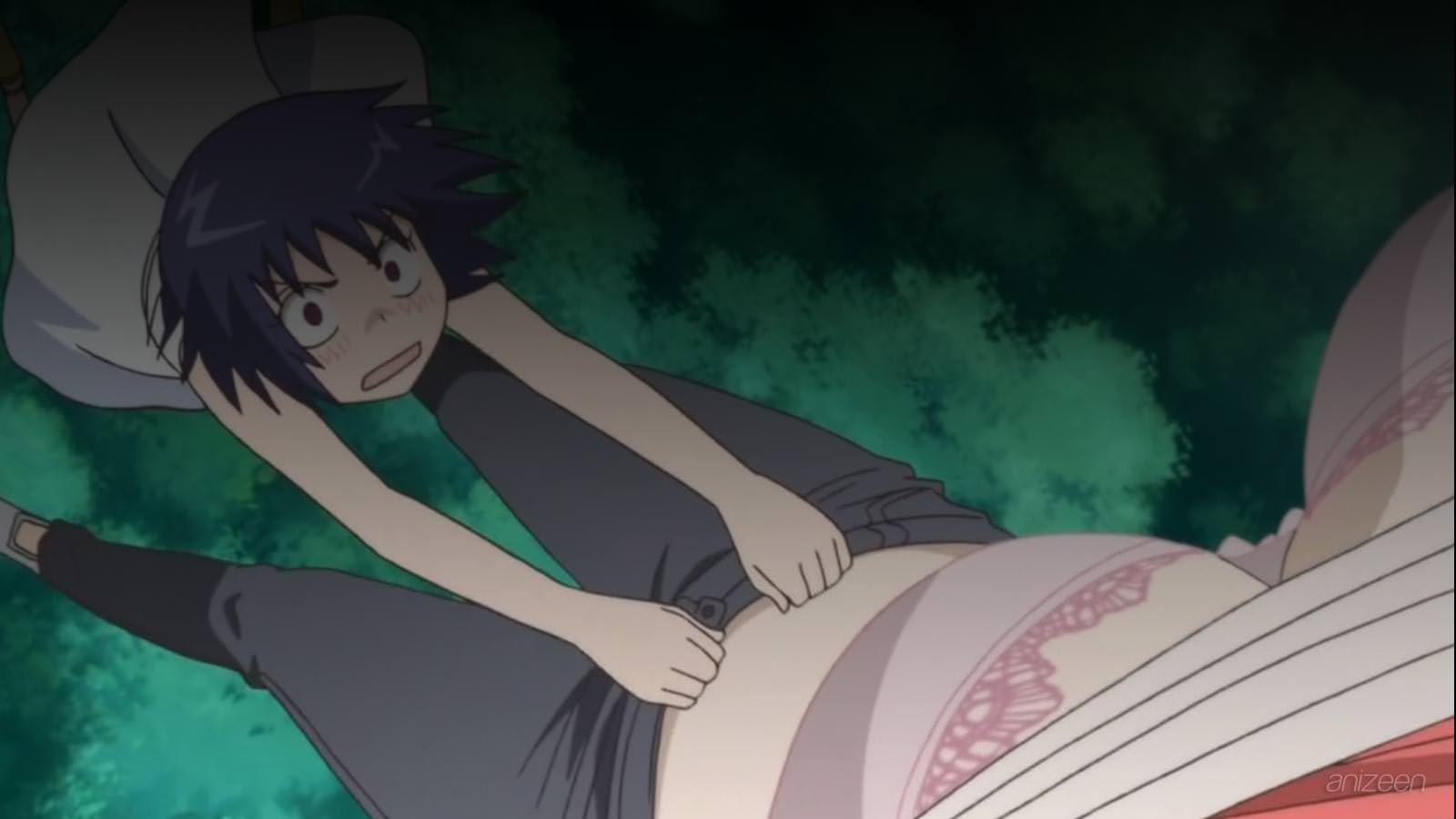 Kyouhei Kuga is a young man who has left his small hometown to escape from its anachronistic rules and traditions. He wants to try a new life at Tokyo as a simple university student.

In the past he was a ‘seki’, those individuals who are able to control the mysterious ‘kakashi’. Those kakashi are considered as gods in the small Karakami village, they are ancient wooden wonders able to perform incredible feats.

Kyouhei is attending a university party, there, he sees Hibino Shiba, a gorgeous woman that has been asked out for almost the entire class. Now, the guys in that class want Kyouhei to take his chance and ask Hibino out on a date.

Kyouhei’s plan didn’t work as he expected and ends up drinking more than enough for him. As he wakes up, he has Hibino in front of him taking care of him once he passed out. As they prepare to leave and catch up with the others, they find a dead person in the building elevator.

Kyouhei starts thinking too much and feels uneasy about the thing that are happening around him, at that same moment he finds his younger sister Utao waiting for him at his apartment. Utao has come to warn Kyouhei that Aki, one of his childhood friends who used his kakashi to kill, has escaped and is looking after Kyouhei.

Just as Kyouhei starts to worry, Aki appears and says that the village is to blame because of each and every problem around him. Utao tries to defend his brother but Aki beats her badly. Utao counter attacks and Kyouhei’s apartment is destroyed. Now, Kyouhei has to take care of his younger sister and Hibino.

Kyouhei Kuga has left his hometown and his duties as a “seki” to live his own life in Tokyo. He was the partner of the doll Kukuri before it was entrusted to his younger sister Utao. Kyouhei has very strong seki powers, as he is able to ‘open’ Kukuris left hand which fires a powerful beam. It was also mentioned that he is very wealthy.

Hibino Shiba is a young woman who attends the same university as Kyouhei, who has a longtime crush on her, but is unaware of her own feelings for him. She is asked out on dates by many of her male classmates, but declines all of them, and eventually becomes Kyouhei’s girlfriend. Despite her father coming from the same village as Kyouhei’s family, she doesn’t know about its secrets until she invites Kyouhei and Utao to live with her and her father.

Utao Kuga is the younger sister of Kyouhei and the current partner of Kukuri. She comes to Tokyo to meet her brother out of fear that Aki would come for him. Her fears are confirmed and after destroying Kyouhei’s apartment while confronting Aki, she moves to Hibino’s house with her brother, working at the Shiba family’s café while training herself to improve her control over Kukuri’s movements. She seems to have a brother complex towards Kyohei.

Aki Kuga is a former childhood friend of Kyouhei’s and another seki who was imprisoned several years before the beginning of the storyline, as he had used his doll Kuremitsuha to kill. Soon after learning that Kyouhei has left the village, he escapes from confinement and sets out for Tokyo to confront him, claiming that both are guilty of the same “sin” and believes that Kyouhei cannot live his life in denial.