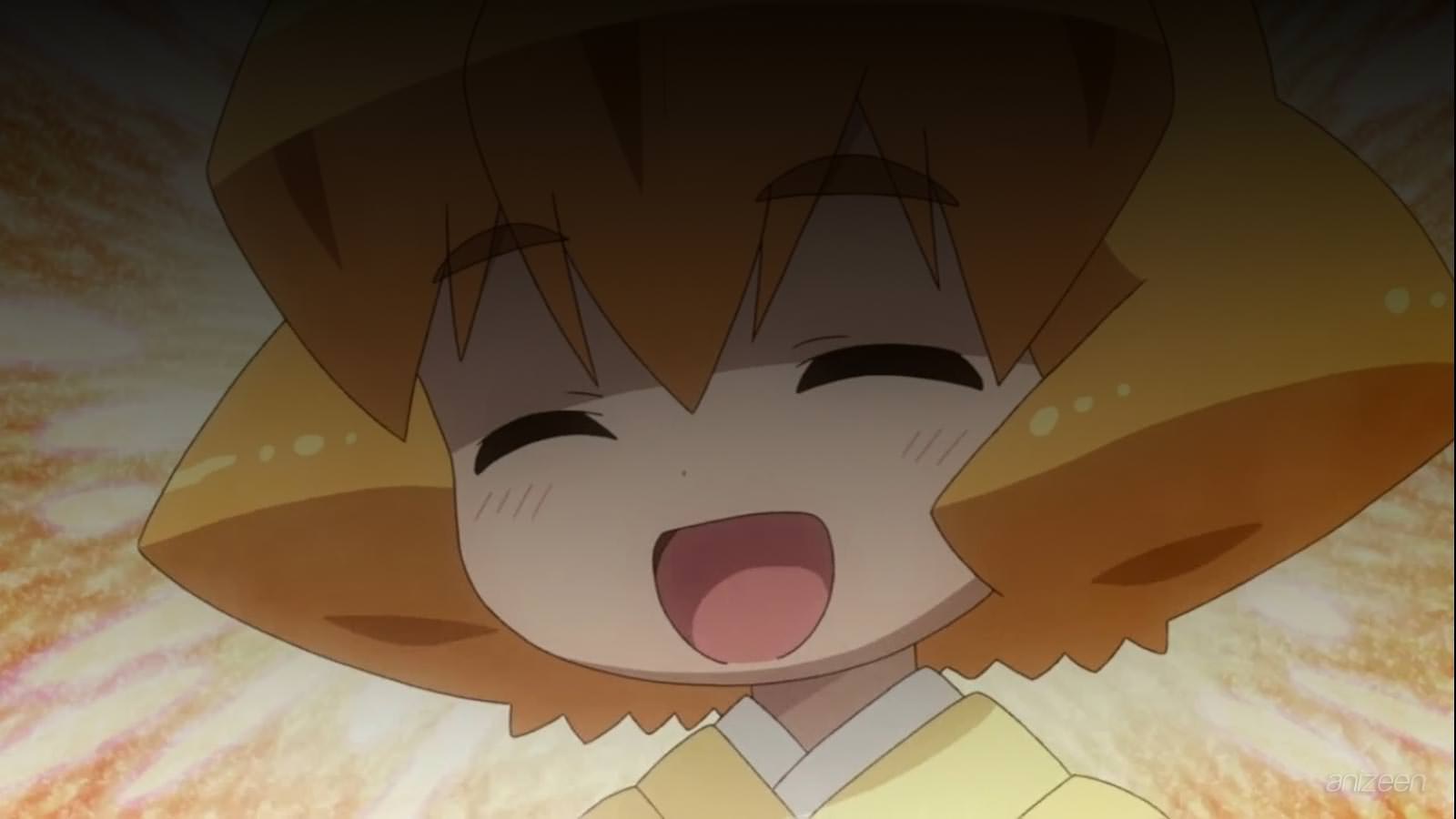 Mayu is a cat deity who specializes in the recovery of lost items and memories. She was sent down to Earth by her mother, Amanokuranomori Akarinohime, for causing problems up in the heavens.

Now, it’s been four years since that happened, and Mayu has become a freeloader at Yaoyorozudou, an antique store owned by Yuzu Komiya. Yaoyorozudou is struggling financially, despite that, Yuzu is very respectful of Mayu, eventhough it’s seen that she is not worth any worshiping at all.

Yuzu is busy checking how many bills must be paid this due month, meanwhile; Mayu is playing video games and making a lot of noise. Now, Yuzu realizes they must use their last saved money, but she hide it really good and doesn’t remember where it is.

Mayu sees Yuzu struggling and decides to show her a little of her power, actually, all her power, and helps her find the lost item.

With everything settled, for now, Yuzu goes to work and Mayu receives the visit of the ‘God of Harvest’, or Gonta, who has news about the ‘Poverty God‘, who is visitng town. This means they must be ware and try to stop poverty from entering town.

With peril times come upon, several gods begin to gather. First, Mayu’s fiancée named Sasana Shosoin and also Meiko, another girl, who has also a crush on Mayu.

But exactly at that time, Yuzu finds the Poverty God, Shamo, who has had a terrible and unlucky day. While everybody is discussing how to stop Shamo, Yuzu takes her home. Shamo is amazed that Yuzu is not having any bad luck while being close to her and tags along.

What will happen to her and the other gods?

Mayu is a ‘Nekogami’ who has the power to find lost items. She is a really lazy ‘Cat God’, who likes to relax at home, play video games and of course sleep and eat. She also likes to tease everybody around, and does anything for her games.

Yuzu Komiya is the owner of Yaoyorozudou, and she lives together with Mayu. Yuzu is very positive and almost all Cat Gods like her. Yuzu doesn’t get angry really often, but when she does, she can be a little scary.

Sasana Shosoin is another Nekogami, and is Mayu’s fiancée, because of their father just thought Sasana and Mayu made a nice ‘couple’. When she’s close to Mayu Sasana is really happy, and is always talking about that she is ready to get married to Mayu.

Meiko also likes Mayu, and the reason is probably in her school grade past. When Meiko had no friends, one day Mayu invited Meiko to play with her and Sasana. Meiko has also little dramatic persona, and she blushes a lot too.

Nekogami Yaoyorozu
(猫神やおよろず)
Is a manga series written and illustrated by FLIPFLOPs. It was adapted into an anime series by AIC PLUS+ and start airing on July 9, 2011.
OP
S1. “Kami-sama to Issho” ~ Haruka Tomatsu and Yui Horie
ED
S1. “Oh My God ♥” ~ Haruka Tomatsu
WEB