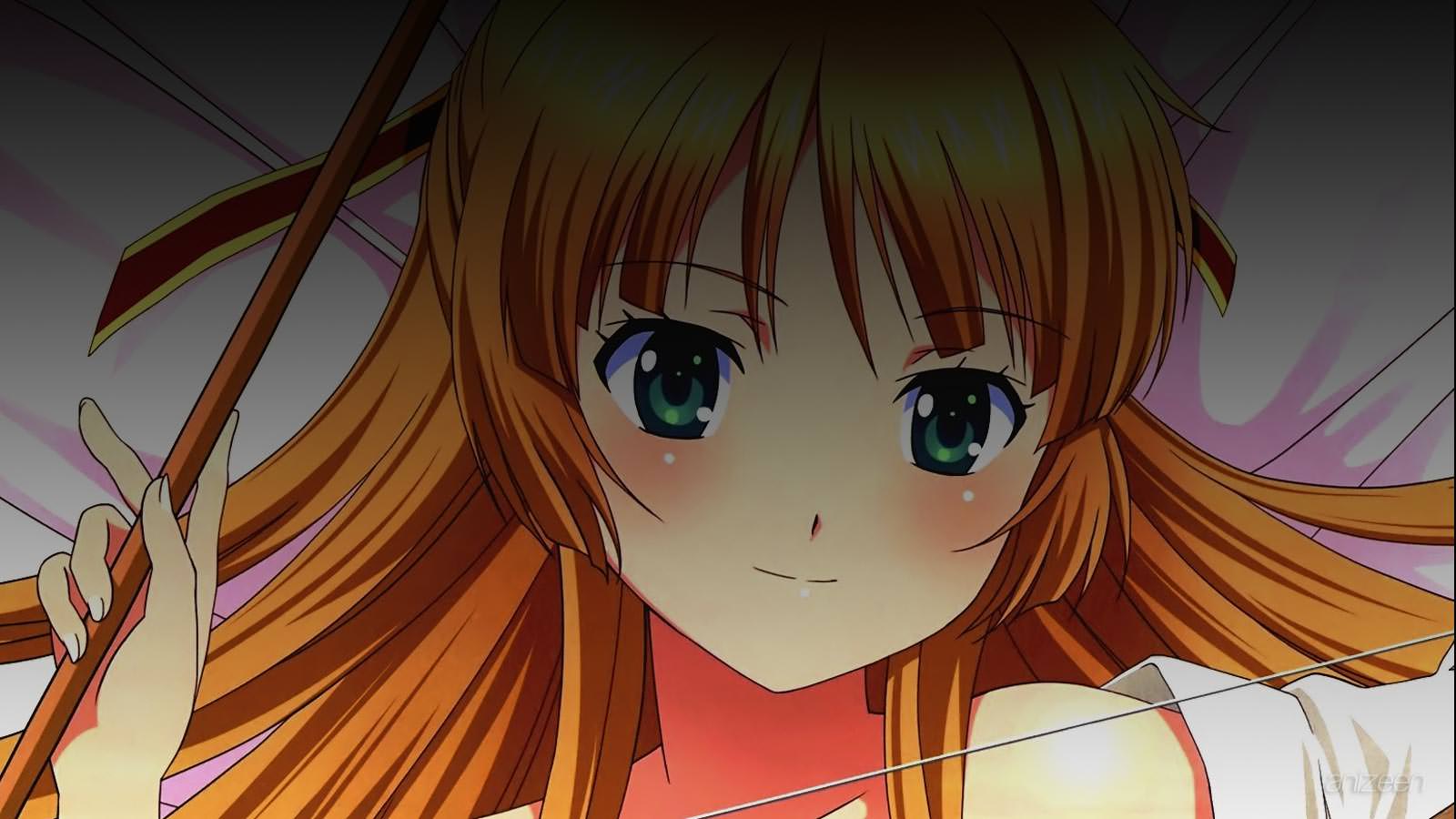 Shinichirou Asano is walking in the middle of the night, suddenly a woman gets in his way and shows herself completely naked.

Shinichirou can’t move, he is paralyzed, the woman is a monster willing to take him as a snack. But a misterius sillouete appears and without hesitation shots an arrow that hits the monster.

Shinichirou falls into the ground covered with blood, as the creature dissappears leaving no other trace of existance.

The next day at school, Shinichirou can’t believe what happened, he would love to talk about it, but he prefers to keep quiet.

As the day goes by, he bumps into Sakuya Shimazu, a second year student, quiet popular among students.

Shinichirou asks for a permission to find a part time job, if not, he will not be able to pay his rent. His teacher has an idea for him, but before that she asks him to clean up the chemistry room.

Someone screams, a student has been injured and seems pretty bad. Shinichirou can’t ignore this, but a strange creature faces him and escapes.

Shinichirou hears someone calling for help, it is a woman, named Tamako, who is stuck to a tree because of an arrow. He saves her right in front of Sakuya, who is pointing them with her bow.

Sakuya tells Shinichirou that the woman is not human, and that she is responsible for the early attack. Tamako defends herself and tells Sakuya she has done nothing wrong.

Shinichirou defends Tamako and she runs away. Sakuya is really mad and drags Shinichirou all around school in search of the demon.

Everything becomes dreadful as a powerful demon appears and confronts Sakuya. But Shinichirou has the key to awaken Sakuya’s power, good enough to deal with the creature.

Now, Shinichirou will have his chance to find a job… and it will be quite a job for him.

ISUCA
(イスカ)
An action manga series by Osamu Takahashi. It has been serialized in Kadokawa Shoten’s seinen manga magazine Young Ace since 2009, and has been collected in six tankoubon volumes as of March 2015. An anime adaptation by Arms started to air in January 5, 2015.
OP
S1. “Never say Never” ~ Afilia Saga
ED
S1. “Somebody to love” ~ TWO-FORUMULA
WEB

ED ~ Somebody to love