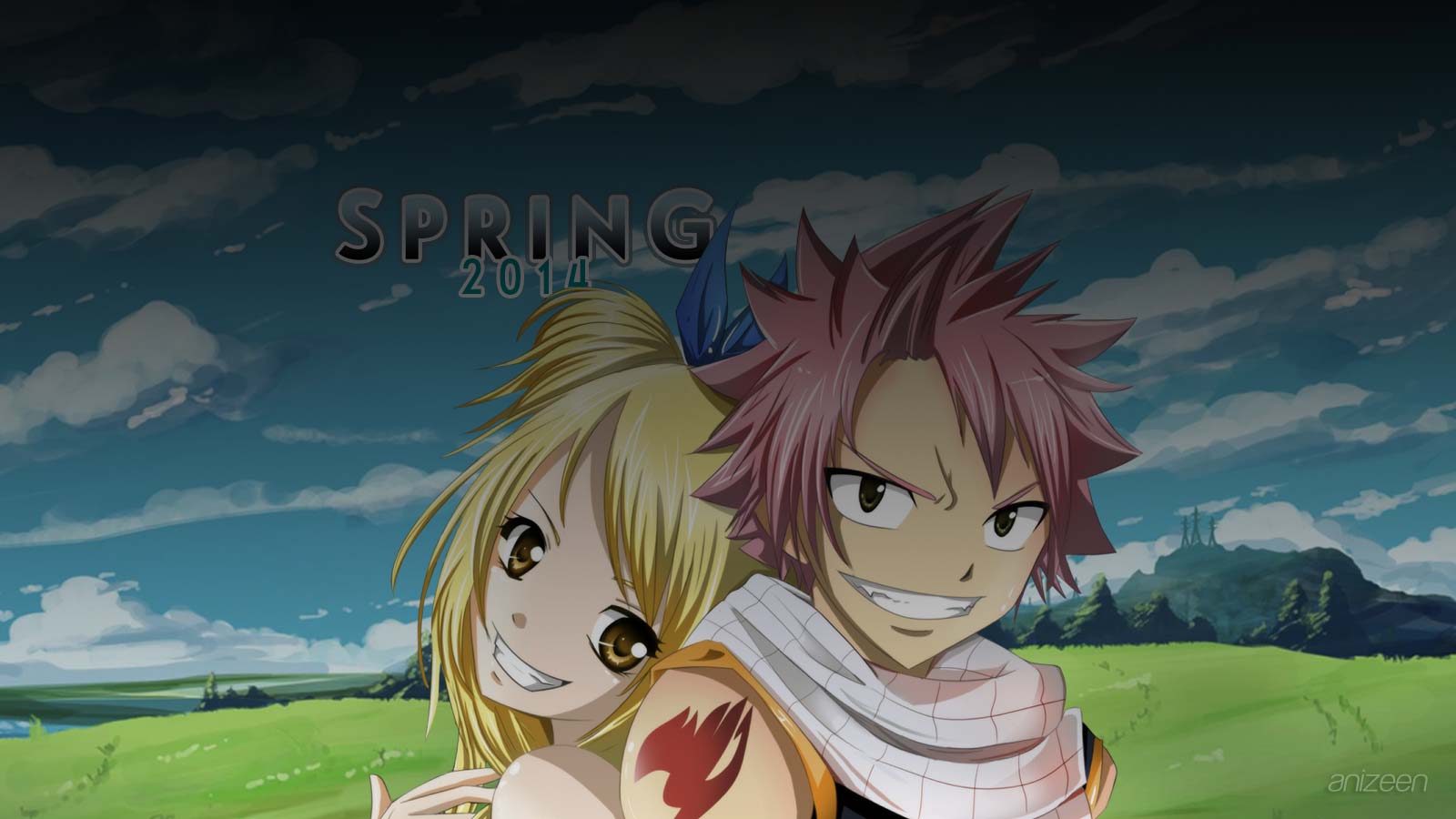 The year started strong and we are still working around to make the new blog our home for the upcoming future, we struggled a little bit, but we are improving a little bit every day.

Now, the cold is almost gone and the sunshine is on the top, which means The Spring Anime Season 2014 is already ahead the corner.

The Spring season usually has a lot of energy, and it seems 2014 has plenty of it, in Sidonia no Kishi, it’s been a thousand years since the Gauna, a strange alien race, destroyed the solar system. A portion of humanity managed to escape using ships like the Sidonia, which have allowed them to maintain the human race while drifting through space.

In another time and space, in Mahouka Koukou no Rettousei, magic is part of humanity and supernatural power has become a technology. The magicians are nurtured through Magic High Schools and Universities. Tatsuya Shiba and Miyuki are siblings and both are first year students, but their grades are the complete opposite. This is why their father only cares about Miyuki, and ignores Tatsuya completely.

But magic comes in so many flavors, and in Escha & Logy no Atelier: Tasogare no Sora no Renkinjutsushi, you’ll learn that in order to survive, you must learn old tricks like alchemy. There, a couple of researchers, Escha and Logy, make a promise to use their alchemy together, and bring success to the Development Department.

Meanwhile, in Bokura wa Minna Kawaisou, Usa, a high-school student moves into a new apartment only to discover that his roommate is has a sick obsession for underaged girls. But also that Ritsu, a lovely girl, is living in the same building as well!

Now, if you need fantasy, Seikoku no Dragonar will take you to a land where dragons exist, and they are meant to be riden by skilled knights. But Ash Blake, who is supposed to become a dragon master, is the laughing stock at school. But one day, Ash’s dragon will wake up and surprise everybody.

And how about Soredemo Sekai wa Utsukushii, where Nike, the fourth princess of the Rain Dukedom, travels to the Sun Kingdom to marry Sun King Livius, despite her own reluctance. But Nike will find out that the King is just a child, and he was the one who conquered the whole world.

But it is Spring time, and you need to excersice those muscles, right? At least in Haikyuu!!, you will see how it is done. Meet Shouyou Hinata, who loves volleyball, but in his last chance to be succesful as a middle school player, he is completely defeated by Tobio Kageyama, a super star known as the “King of the Court”. Now in High School, they will meet again.

And it is also a time to make new friends or fall in love, who knows? In Isshuukan Friends. Kaori Fujimiya is always alone because all of her happy memories, including time spent with her friends, disappear every Monday. Deciding that he wants to be friends with her anyway, Yuuki Hase tries to get close to Kaori each week, wishing that she would one day call him “a friend”.

But life can also be weird, and Mangaka-san to Assistant-san to tell us the story of a mangaka named Yuuki Aito and her assistant Sahoto Ashisu. Aito doesn’t understand the feelings of the characters in his stories so he asks Ashisu to help him. And she helps him in a very peculliar fashion.

In terms of old anime with new stories, Fairy Tail (2014), Yuu Gi Ou: Arc-V and Dragon Ball Kai (2014) will be long and have a lot of adventures filled with action and supernatural powers.

In the sequel department, there are series like: Mushishi Zoku Shou, Love Live! 2, Date a Live II or JoJo no Kimyou na Bouken: Stardust Crusaders.

Finally, I’m sure many of you are anxiously waiting for a movie, Sora no Otoshimono Final: Eternal My Master will end the story between Tomoki Sakurai and Ikaros. It was rumored there will be an anime series, instead, the producers preferred a movie.

Basically, this will be our new season, please enjoy it!!


No Game No Life


Escha & Logy no Atelier: Tasogare no Sora no Renkinjutsushi