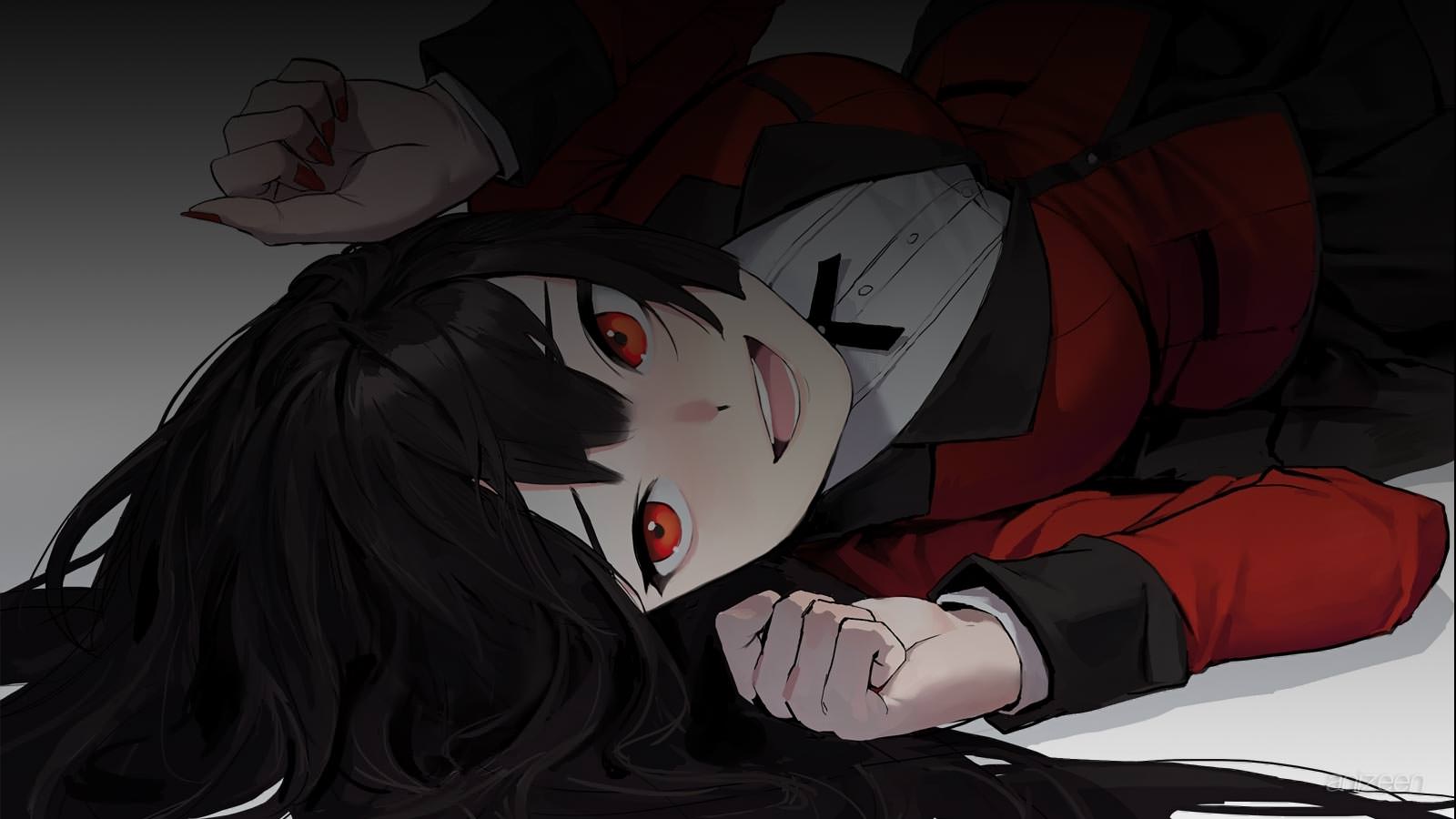 Hyakkaou Private Academy is not for everyone, first, in this prestigious institution, money is everything. Second, you need to be a lucky gambler to stay atop of you opponents.

Today, Ryouta has lost everything against Mary, an outstanding gambler. From now on, Ryouta is her pet, and she is prideful and cruel against him.

Some days later, a girl named Yumeko transfers into Ryouta’s class. At first glance, she is a delicate person, Ryouta tries to warn her about the gambling rules in this school, and she is not surprised about it, instead, she shows excitement.

Ryouta is astonished as soon as Mary shows up, asking her to play a little gamble with her. Mary wants to draw a line between them, showing her who is in charge.

She decides to play a card game using the traditional rock, paper, scissors rules. However, each class member would draw a card with one of the symbols, and then both girls will pick from them.

Yumeko is confident and shows herself a bit naïve, and decides to bet a couple chips, she is able to win. After that, she gambles half million yen at once; and Mary is surprised, but confident she will win. And she does without issues.

They keep playing and Yumeko’s personality begins to change considerably, Mary is unease to see her bet ten million yen in the next game, however, she thinks it is no problem for her, after all, she controls the class, making them all pets like Ryouta.

Yumeko is able to read Mary like no one ever did before, and humiliates her asking to pay such bet at once. Ryouta is amazed how she handled the situation and do not hesitate to ask her some questions.

She was able to understand how Mary was cheating, even how Ryouta had to take part if her scheme. Instead of being angry, she shows herself ecstatic for the future. On the other hand, Ryouta apologizes to her and tells her he is quitting school because of his debts.

With a huge smile, Yumeko thanks him with a present, in order for him to pay his obligations.