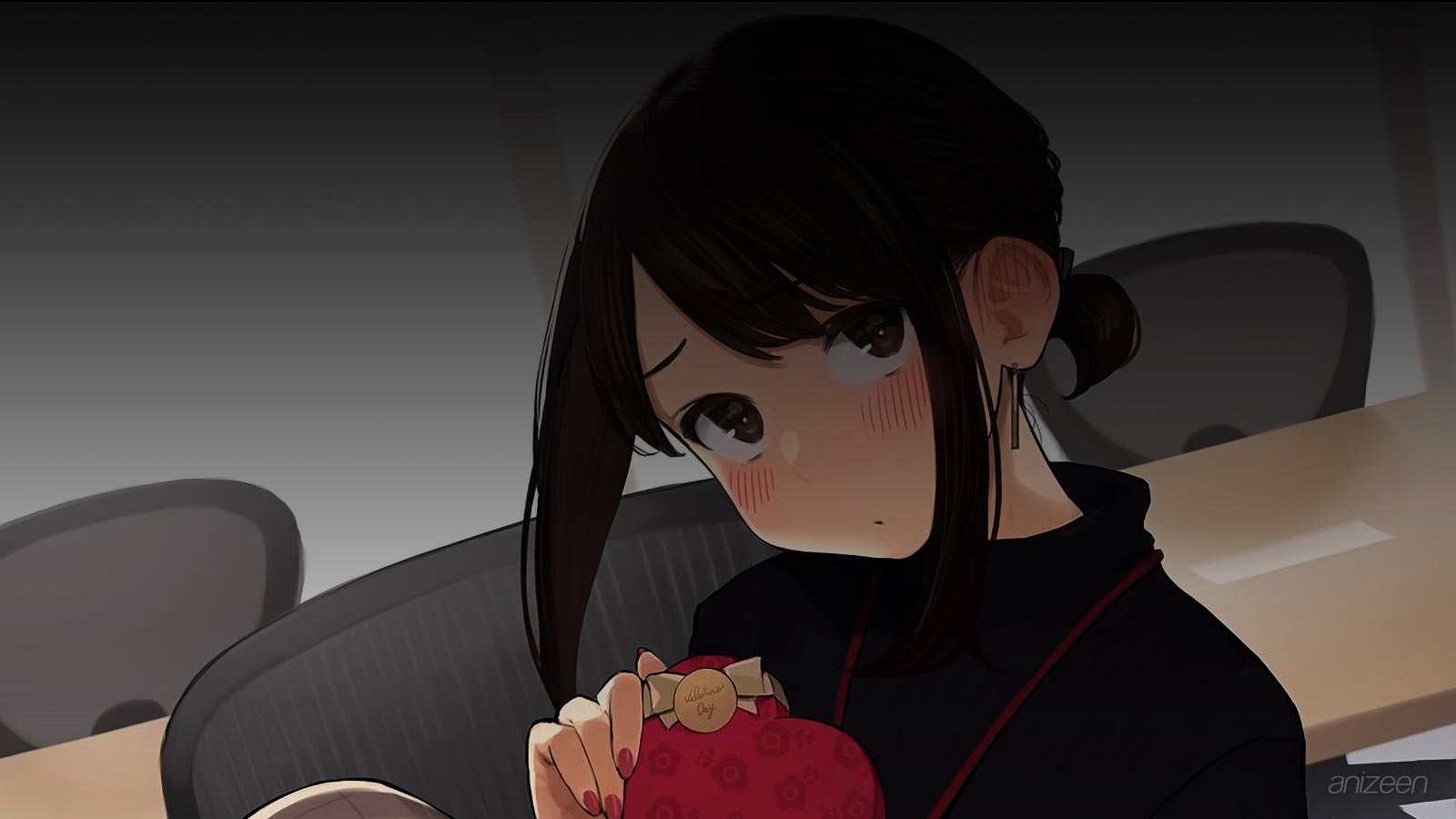 After a long day at work, Douki-chan and his coworker, Douki-kun, arrive at the hotel for the night.

At the counter, they inform them that there is only one reservation made for both of them, immediately, Douki-kun indicates to his partner that he will look for a place in another hotel.

Hesitantly, Douki-chan tells him that it is too late, and that they should better spend the night together and leave early for their destination.

With great regret, Douki-kun accepts as the young woman sends him to take a bath before she does the same.

Later we see the young man coming out of the bathroom, in the meantime Douki-chan takes a nap, or at least that is what she appears to do while following every move made by Douki-kun.

He approaches Douki-chan silently and looks at her, despite the mood, he simply takes a blanket and drops it on her.

After that, you can listen Douki-kun saying he will continue his work before sleeping, at that moment Douki-chan gets up and tells him that now it is her turn to take a bath.

It is evident that Douki-chan feels something for Douki-kun, but he does not see her with the same eyes, and he simply considers her a coworker.

Once she leaves the bathroom, Douki-chan tells him again to behave like a gentleman, although in reality she was the one who deliberately made a mistake with the hotel reservation. The next morning, they return to their homeplace, and as the two share the train ride, you can see Douki-chan is sleeping again, dreaming of her impossible love.