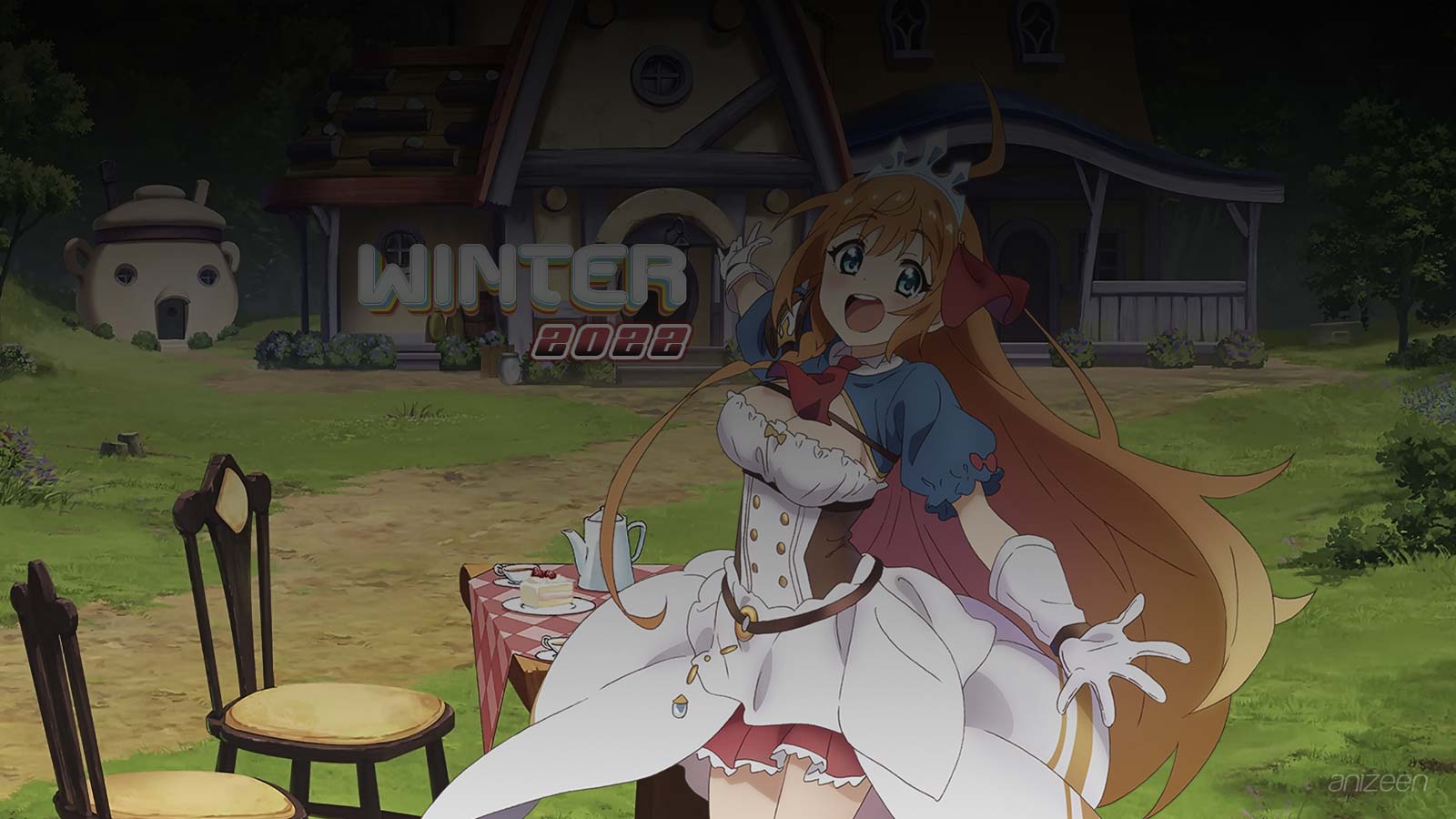 What a year! If 2020 was messy, 2021 has turned the world upside down, the health crisis is not over and the next issues will be economic, especially on those countries where government officials did nothing to help the most vulnerable.

Now, in terms of anime, the year was better than expected, the recovery was steady thanks to all the streaming services available, however, that might change if prices begin to raise, and unemployment takes the same route.

In the meantime, a new year, and the Winter Anime Season 2022 is ready!

Let us begin with Mai, a police officer who is tired of her career and is ready to hand her resignation. In Hakozume: Kouban Joshi no Gyakushuu, she met the new director of her station, Seiko, she spends time with her and finds an amazing role model to follow, now, Mai realizes that maybe she can be an officer after all.

Then, after a terrible accident, Keina is put on life support, and the last thing she remembers is it beginning to fail. In Leadale no Daichi nite, somehow, she wakes up in a world that resembles her favorite VRMMORPG game. She is in the body of her game avatar, Cayna, and it appears that her worries are a thing of the past, however, something seems out of place.

In another game, Kagami is a young man who’s spent four years perfecting his avatar, Dunbalf. In Kenja no Deshi o Nanoru Kenja, he uses an in-game item to create his ideal version of a female avatar for fun. And ends up waking up in her body, now, he… or she will have to work hard from the bottom to the top.

In a different world, we meet Musashi, a teenager living under demon rule. In Orient, while playing he and his best friend oath to become the strongest in the world and free it from demons, however, as they grow up Musashi understands that he cannot overturn 150 years of demon rule on his own. Before he becomes a miner, the injustices of his world will force him into action.

Evenmore, in another strange world, we bump with Mathias, the most powerful sage. In Shikkaku Mon no Saikyou Kenja, Mathias decides that reincarnation is necessary for him to become the strongest. However, despite succeeding, this new world has poor standards when it comes to magic, and everyone thinks he is a failure! Once again, he will prove everyone wrong.

Back in our world, Akebi lives in the countryside with her family. In Akebi-chan no Sailor Fuku, she wins entrance to the prestigious Roubai Academy middle school for girls, donning this school’s sailor uniform is one of her dreams come true. The other one is to make a hundred friends!

Meanwhile, in a high school we find Wakana, a traditional doll artisan who passes his day alone practicing his art. In Sono Bisque Doll wa Koi o Suru, one day he is spotted sewing by Marin, a trendy and popular girl with hundreds of friends. For Wakana, she is like an alien from a different world, and she barges in with the aim of roping him into her secret hobby: cosplay.

Back in time, we are sent to the Kingdom of England at a time when the House of York and the House of Lancaster claim their leader is the rightful king. In Bara Ou no Souretsu, young Richard is fighting a battle within himself, he is despised by his mother, adored by his father, and alienated from the rest, however, he is passionate for the throne.

And if we talk about royalty, for some being a genius is a curse, as it is for Prince Wein. In Tensai Ouji no Akaji Kokka Saiseijutsu, he is sick and tired of his poor country. One day, he has the brilliant idea of auctioning off his country and retire, however, his treasonous schemes lead to accidental victories, success and wealth in favor of his people.

In a different time and place, we find Kuroitsu, an assistant researcher in the superhuman research and development department of Agastya, a villainous secret organization. In Kaijin Kaihatsubu no Kuroitsu-san, Kuroitsu lives a busy corporate life, caught between the absurd bosses; making presentations; and forcing results within an allotted time and budget; all without vacations.

Finally, in troubled city, a couple of assassins, Chateau and Ryang-Ha, face off. In Koroshi Ai, they become enemies, until Ryang-Ha begins to track and follow Chateau, and she begins to develop some sort of partnership with him. Now, she is caught up in the struggle between him and organizations that are hunting him.

Prosperity and health for all in 2022!