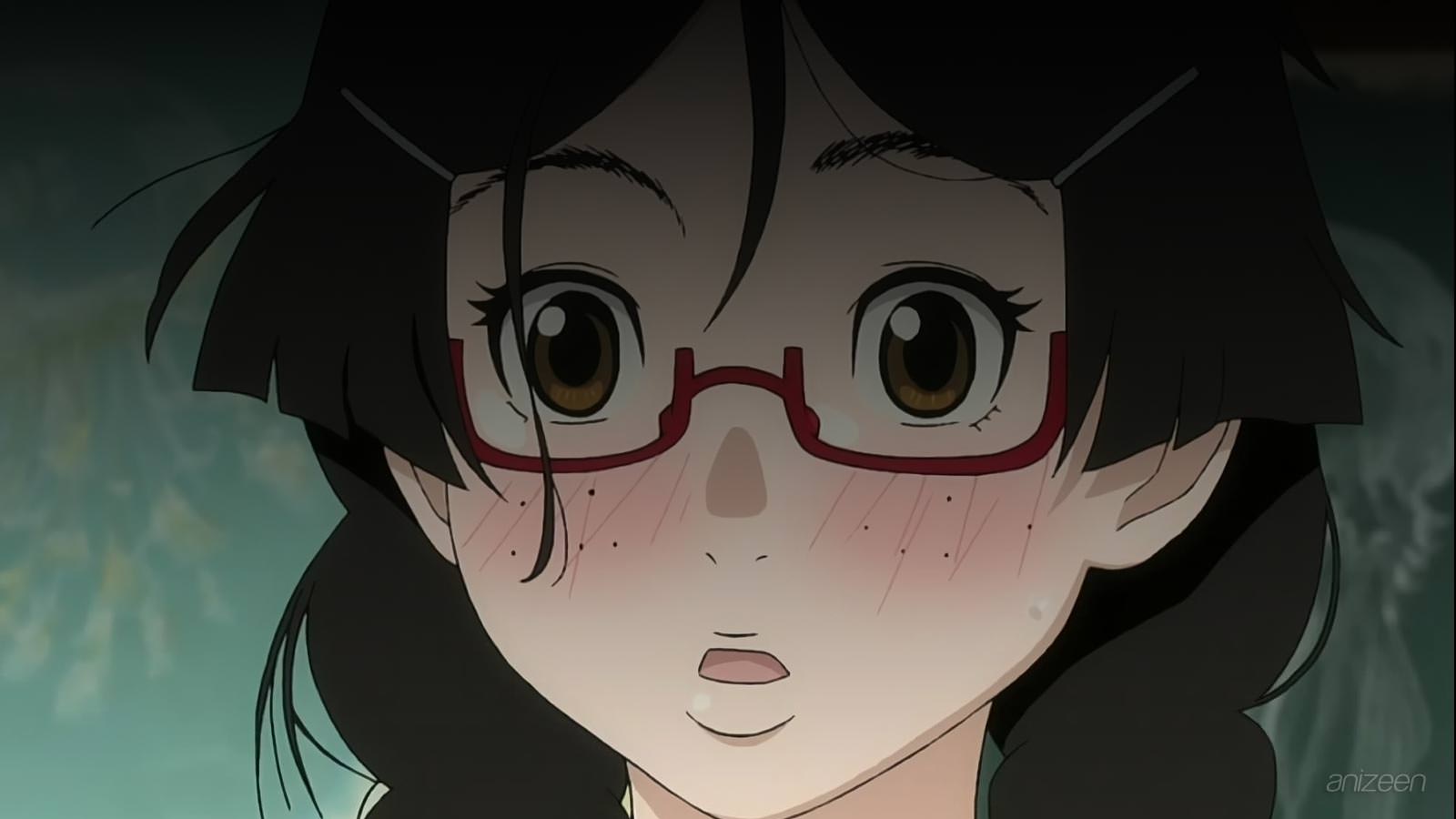 In order to follow her dream Tsukimi Kurashita has moved to Tokyo. But Tsukimi is incredibly shy, is afraid of boys, and is well aware that her own looks are nothing like the “princesses” who go by in the streets of Tokyo every day.

One evening Tsukimi goes off to a nearby pet store to look at a small jellyfish in a tank in the window. But this evening Tsukimi is horrified to see a different species of jellyfish in the tank, and that new jellyfish will likely kill the little one that she likes. The store is already shut for the night, but the clerk is still there, and so Tsukimi attempts to warn him of the danger.

Unfortunately, she can’t express herself to a guy and he literally kicks her out. At that point Tsukimi rolls onto the feet of a tall, incredibly beautiful and stylishly dressed young woman who has seen the encounter. Tsukimi thinks that she has met a “princess”.

The “princess” sweet talks the clerk into selling the small jellyfish to Tsukimi and helps Tsukimi to bring it back to her apartment building, Amamizukan, where she sets up a temporary “tank” in the communal bath tub. The “princess” then goes back to Tsukimi’s room with her where the “princess” admires Tsukimi’s drawings of jellyfish. Then the “princess” falls asleep on the floor under a blanket while Tsukimi watches unable to say anything.

The next morning when Tsukimi wakes up she finds out that the long hair of the “princess” was actually an expensive wig. She tries it on and hates the look on herself. But then the “princess” wakes up and turns out to be Kuranosuke Koibuchi, a young man in his underwear.

Tsukimi is horrified and starts to run away, but she runs back into the room when one of her roommates calls out, because guys are not allowed in their apartment building. Tsukimi asks Kuranosuke, who still has on all of his makeup, if he is gay, and he says no, he is “normal” but he just likes fashion.

Tsukimi Kurashita is an otaku girl who lives in Tokyo and wants to be an illustrator. Influenced by her late mother, she has a love for all kinds of jellyfish and is quite knowledgeable about them. She is the only resident of Amamizukan who knows Kuranosuke’s true gender. Like the other Amars, she has a fear of stylish people and will usually petrify in their presence. Tsukimi has a pet spotted jellyfish named Clara. Whenever she gets a make-over from Kuranosuke she becomes beautiful and Shu falls for her.

Kuranosuke Koibuchi is the son of a rich political family. He enjoys cross-dressing, to the chagrin of his family. Unlike the rest of his family, he does not find politics interesting at all and desires to get into fashion like his estranged mother. He is constantly looking for the address of his mother. After meeting Tsukimi, helping her rescue Clara, he constantly starts paying her visits, finding her more interesting than anything else in his life. Throughout his life he has always been popular with pretty girls.

Chieko is one of the Amars who is the manager of Amamizukan. She is obsessed with dressing in traditional Japanese clothes, such as in a kimono, and collects traditional Japanese dolls. Her mother is the owner of the building, but is rarely present as she is a groupie of Bae Yong Joon.

Mayaya is one of the Amars who is obsessed with Records of Three Kingdoms. She makes constant references to events of that time period and tends to be overly excited and shouts when she speaks.