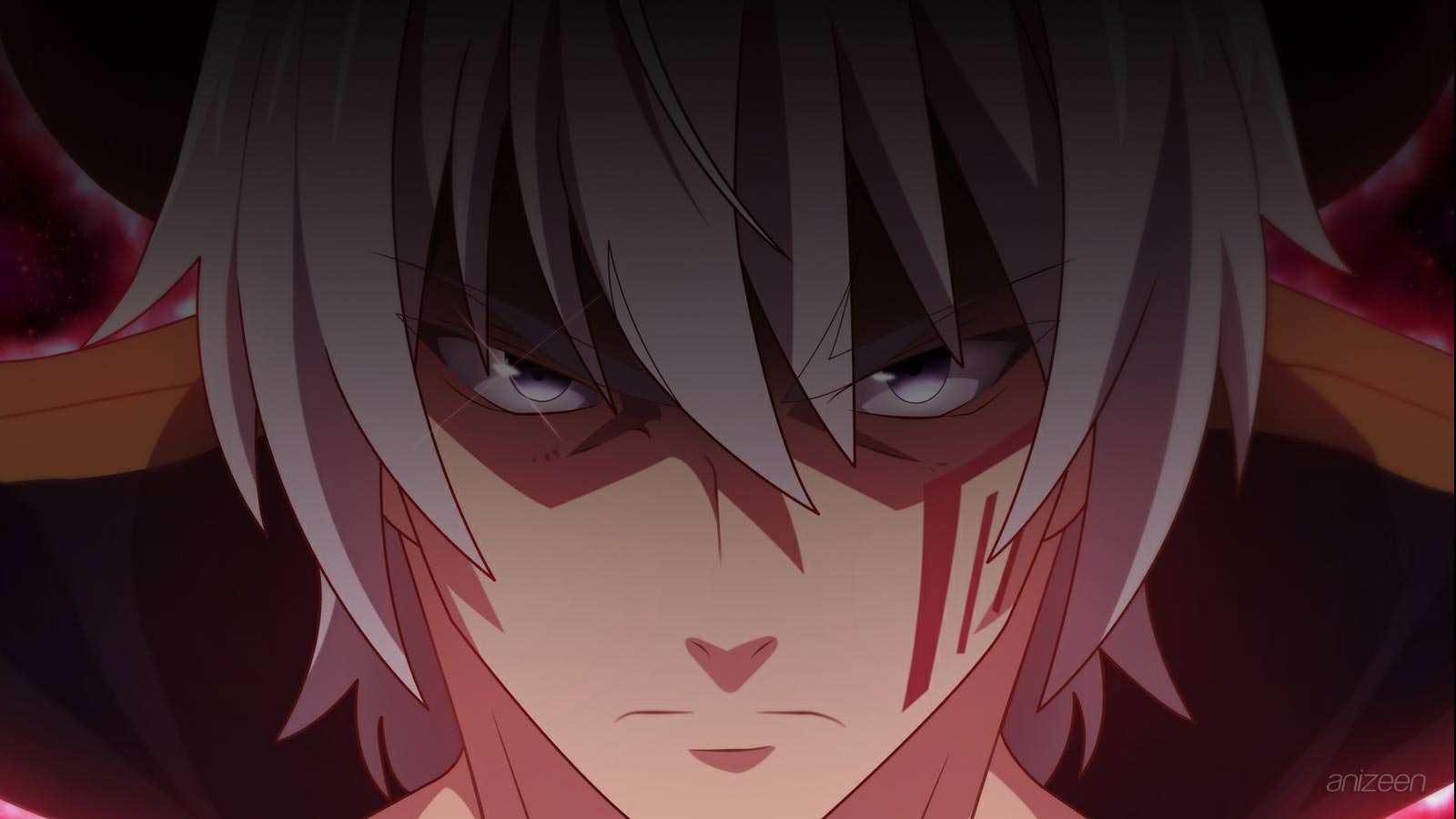 After finishing Overlord season 1 and 2, I never thought that there would be something close to it because let us be frank, there has not been an anime that came the same amount of awesomeness as Overlord and shown a new level of being a badass and trying to act as such.

And everybody believe that you are a badass, but really you’re just a otaku or a gamer… Anyway, I started watching this anime known as Isekai Maou to Shoukan Shoujo no Dorei Majutsu (How Not to Summon a Demon Lord), directed by Yuuta Murano and written by Kazuyuki Fudeyasu.

The story starts with Takuma Sakamoto who apparently and mysteriously transported to the world of his favorite MMORPG, Cross Reverie, with the appearance of his own character in the game, the Demon Lord Diablo.

The two young girls who summoned him, the pantherian Rem and the elf Shera, attempt to use a spell to make Takuma their servant, but due to his passive “Magic Reflection” ability, the spell rebounds, and both end up with magic collars stuck on their necks, thus becoming his slaves instead.

With a serious case of social anxiety, Takuma decides to act like his character while interacting with others, and makes use of his high stats and vast knowledge of Cross Reverie’s lore to survive in his new environment, traveling along with Rem and Shera to look for a way to remove their slave collars while helping them with their own issues, that led them to summon him in the first place.

With each episode, it shows how powerful he is and the fact that he is literally stronger than every single last person in this universe gives me that feeling of Overlord’s Lord Ainz.

I can literally watch the episode repeatedly and then wait for the new episode of come out because the show is literally that good. It is not one of those shows that you can get bored of easily it actually gives you those Overlord feelings but most people think that it is just fanservice.

However, that is not the case, if you look at the design and the artwork that goes into the landscapes then you will definitely see where I am coming from with this. Isekai Maou to Shoukan Shoujo no Dorei Majutsu is literally a fun show to get into and I am hoping that it will get the same amount of respect and have a season 2.

However, if we are going to talk about fanservice, then many people are going to be happy about the fact that anime that was the last of its generation is coming back. Sunrise Animates New City Hunter Film for the upcoming spring 2019.

City Hunter started as a Japanese manga series written and illustrated by Tsukasa Hojo. It was serialized in Weekly Shounen Jump from 1985 to 1991 and collected into 35 tankoubon volumes by its publisher Shueisha.

The manga became such a hit it got such a hit it adapted into an anime television series by Sunrise Studios in 1987. The series follows the exploits of Ryou Saeba, a “sweeper” who is always found chasing beautiful girls and a private detective who works to rid Tokyo of crime, along with his associate or partner, Hideyuki Makimura.

Their “City Hunter” business is an underground jack-of-all-trades operation, contacted by writing the letters “XYZ” on a blackboard at Shinjuku Station. One day, Hideyuki is murdered, and Ryou must take care of Hideyuki’s sister, Kaori, a tomboy who becomes his new partner in the process.

However, Kaori is very susceptible and jealous, often hitting Ryou with a giant hammer when he does something perverted. The story also follows the behind-the-scenes romance between Ryou and Kaori and the way they cooperate throughout each mission.

I am extremely excited for this film because none other than director Kenji Kodama, who has directed most of the previous City Hunter anime, returns as the chief director. Therefore, if you are looking for a ‘pervy’ main character at one moment, and a serious badass on the other, then I suggest you to be prepared, because City Hunter is back and going to leave us speechless. via @YandereZombie1