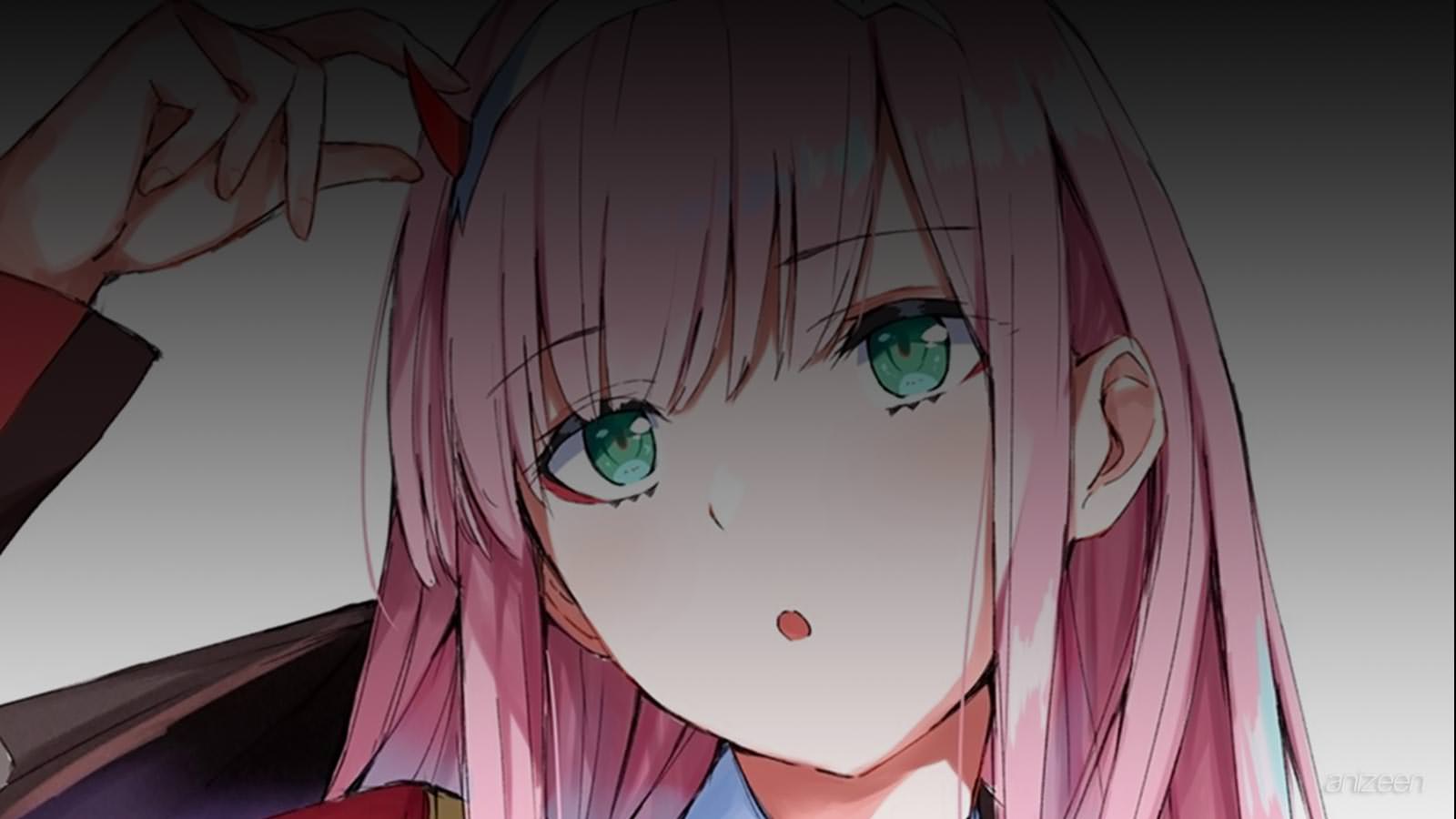 In the future, humanity has established cities in a ruined wasteland, Plantation, is one of those. Within the city, there are children trained to become pilots.

Their only reason in life is to fight against mysterious giant organisms known as Kyoryu. They operate robots known as FRANXX in order to face these enemies.

One day, a big ship lands in the city, inside comes a mysterious girl called Zero Two, she is one of those pilots, or parasites. However, she is different, starting with the fact that she was a strange pair of horns in her head.

Inside the city is a boy who was once called a child prodigy: Code number 016, or Hiro. He failed to become a pilot, and now has the urgency to disappear. That day, he finds Zero Two swimming in an artificial lake, at one moment he thinks she is drowning and jumps to the lake.

Zero Two is fine, as they talk, she is intrigued by Hiro, she is a direct woman and jumps on top. She thinks they are alike, both alone, she does not hesitate and asks him to become her partner. After all, these robots need a male-female combination to work.

Before he can say something, a wounded man appears, he says to be Zero Two’s partner. She is not happy, and leaves, after all, she is supposed to prepare for the induction ceremony.

Hiro decides to leave the city, and Naomi, the girl meant to be his partner will leave as well. The future is not pleasant for them, after all, no one has ever returned the orphanage, or Garden.

Before he leaves, a huge monster attacks the city, the defense system collapses and before it makes a direct strike, suddenly, a robot appears and attacks.

However, the strength of the creature is such, and with one attack the robot piloted by Zero Two flies and crashes near Hiro. She is known as the ‘partner killer’, and unfortunately, her current partner lost his life.

Hiro wants to help, his friends and her, and without hesitation, he asks her to accept him battle the monster. Zero Two is hurt, bleeding, and after looking his determination, she decides to welcome him.

With a simple kiss, they connect their souls, and their robot shows its true form, a FRANXX.