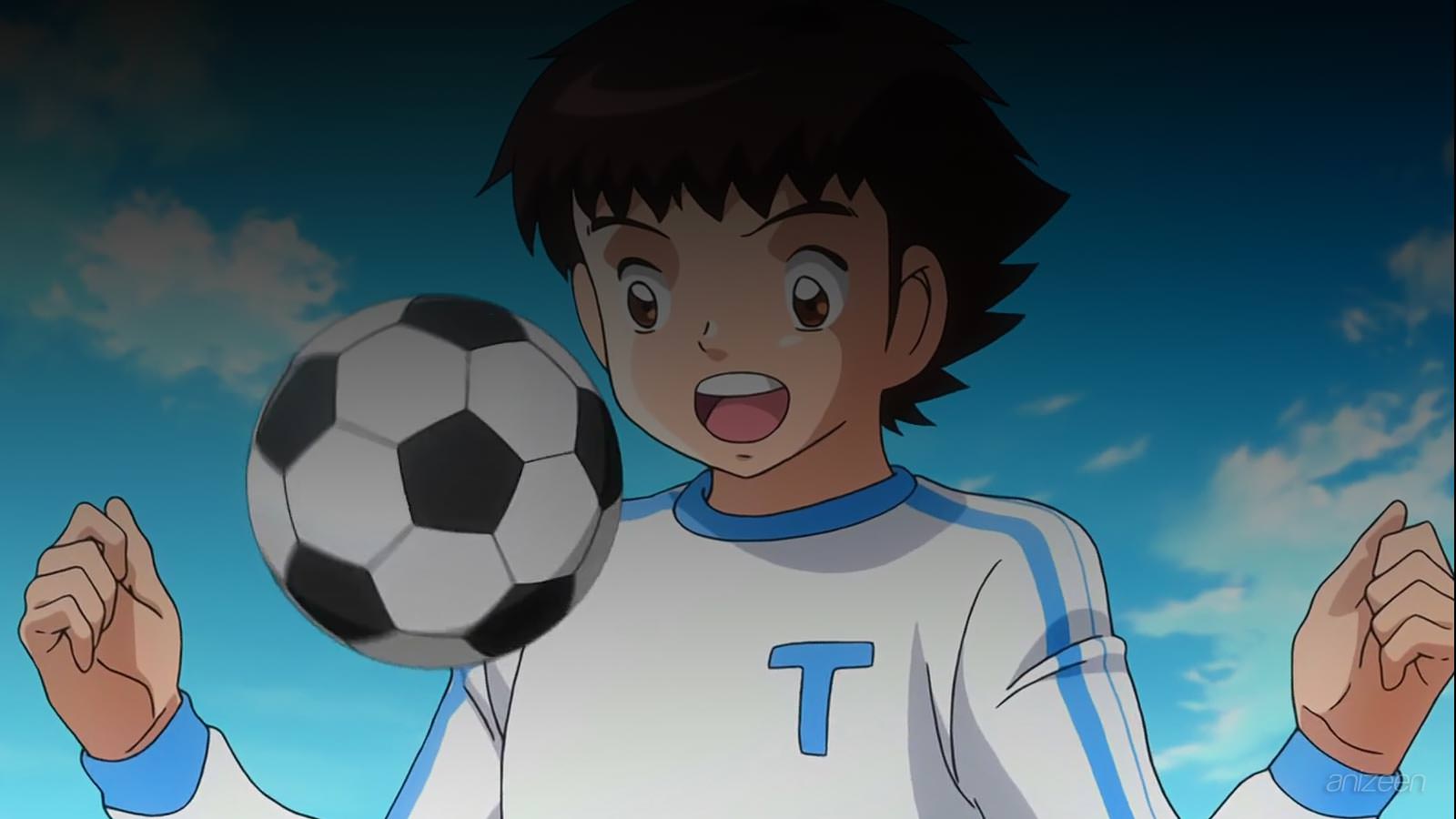 Tsubasa Oozora loves football, or soccer, he is not tall nor strong. However, he has talent, and always carries his ball, his best friend. Today, he begins a new chapter in his life, he is moving to a Nankatsu, in Shizuoka, and plans to join Shutetsu, the school with the best football program.

He does not miss a chance to run to the nearest field to kick some goals, instead, he ends up witnessing a school rivalry like no other. Genzou Wakabayashi, Shutetsu’s goalkeeper and captain is arguing with several students from the public school in the city.

In their last match, Nankatsu lost by ten goals, and now they claim the public field will be used by their team to train the new members. After all, once they won the national championship, they have to use their private field only for the first team.

Genzou is praised to be the best goalie in the country, and he does not hesitate to defy anyone to score a goal on him, including members from other Nankatsu sports. He claims to be able to stop any ball coming from a long shot.

Genzou is the best, and he has no problems defeating them. Tsubasa is watching and is amazed to see his abilities. Ryou Ishizaki walks out the field completely defeated and bumps into Tsubasa. He asks Ryou who was the goalkeeper, and if he knows where to find him.

Tsubasa has decided to defy Genzou, Ryou is astonished and interested in Tsubasa, and agrees to tell him where he lives. On the top of a hill, Ryou points to a huge mansion below; Tsubasa writes a message on his football and simply kicks it.

Genzou cannot believe someone kicked a ball from afar with such accuracy, even more; it has a challenge written for him. He decides to accept the challenge and walks out his home into the public field. As he walks with his trainer, a foreigner man follows him.

They meet Tsubasa and Ryou walking on the other side of the road, Ryou waits no time to tell Genzou he just met Tsubasa, and that he was there to witness how he challenged him. Genzou cannot believe such a small kid has the strength to perform such kick.

Genzou decides to prove he is wrong and shots the ball with all his power directed to Tsubasa, who controls it flawlessly and returns it to Genzou with an impossible shot.

Captain Tsubasa 2018
(キャプテン翼 2018)
A manga series, inspired by 1978 FIFA World Cup in Argentina, Youichi Takahashi created it in 1981. It was serialized in Shueisha’s Weekly Shounen Jump comic book magazine, and it ended in 1988. This is the fourth anime series adaptation, the first one ran from 1983 to 1986, and is well recognized all around the world. The new version start airing on April 2, 2018.
OP
S1. “Start Dash!” ~ Johnny’s West
ED
S1. “Moete Hero” ~ Yuuko Sanpei
WEB