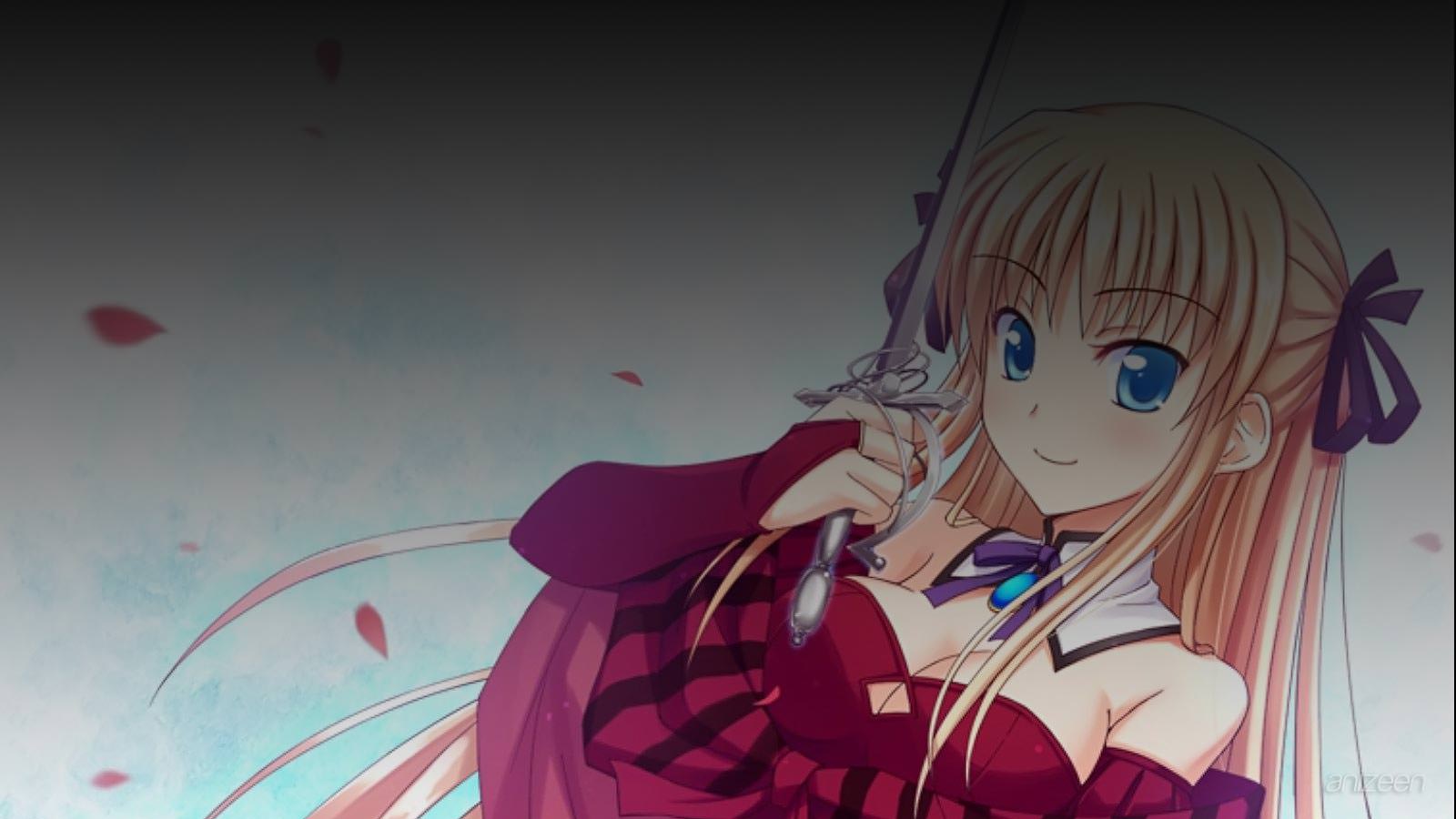 Godou Kusanagi is in Italy, he has no clue why, but his grandfather has sent him to deliver an ancient stone tablet to an acquaintance.

For Godou, this is quite an experience, especially because he has no clue of the Italian language, and he can’t figure out what is so great about an old stone. Anyway, in the middle of the street, Godou stares to the tablet.

Soon after, a good looking girl, Erika Blandelli, begins to shout something to him. Godou doesn’t understand a word, but it seems that Erika can understand and begins talking Japanese. She asks him to give her the stone and do it quickly.

Godou tells Erika that he has come from Japan to deliver it to her real owner, but Erika doesn’t care at all and threatens him with a dagger. At that moment, everything changes and something estrange begins to appear in the near street.

A magical creature begins to destroy everything around. Erika waits no more and jumps to stop the ‘Heretic God’, after all, she is a knight and it’s her duty to save the innocent from suffering.

Godou can’t understand what he is seeing but still begins to run after Erika to help her. Godou falls down and drops the stone tablet, he begins to look after it and a strange kid stands still holding it. He asks Godou if it belongs to him, and if he intends to save the witch that is fighting the crature.

Of course, Godou responds affirmative and asks the kid for the tablet. A little after, a white stallion appears and suddenly disappears into the air. Then, Godou runs to help Erika, and after a huge burst, the creature disappears.

Once calm down, Godou tells Erika the name of his grandfather’s friend. To Erika’s surprise, it is Lucretia Zola, one of the most powerful mages around and well known as the Witch of Sardinia.

Now, Erika takes Godou to Lucretia’s place. Right in the front door, a cat asks them why they are in the front of her door. Godou tells his story and Lucretia receives them.

Now, Godou has been able to fulfill his task, but for some reason Lucretia is amused with him. Godou tells her about the kid he saw during the fight with the Heretic God. At that moment, Lucretia decides the tablet belongs to no one but Godou.

That night, a god appears to fight Verethragna, who is no one else but the kid that Godou met before. Erika stands up between both gods to stop their fight; instead, they try to kill her.

Godou saves Erika and uses the power of the tablet to steal Verethragna’s most precious power. As the result of defeating the God of War in mortal combat, Godou is stuck with the unwanted position of Campione!, whose duty is to fight Herectical Gods whenever they try to muscle in on the local turf.

Godou Kusanagi is a retired middle school baseball player, after his grandfather asked him to return a stone tablet to a friend in Sardinia named Lucretia Zola a series of events take place in which he kills the god Verethragna, a Persian god of Victory. Due to a curse, any god killed by a mortal, that mortal shall obtain the abilities of the killed god. These are the people known as Campione. He’s very uncomfortable with having Erica, Yuri and Liliana competing for his affection and even tries to distance himself from them, even though having a harem is one of the Campione’s privilege.

Erica Blandelli is a member of the ‘Copper Black Cross’ – a magic organization based in Milan, Italy. Holding the rank of Great Knight and the title of Diavolo Rosso (Red Devil), she is a magic swordsmen that through coincidence meets Godou and assists him while he’s in Sardinia, Italy. Originally wary of Godou however becomes attached to him. Her personality likes to keep herself in control of her own situation thus she can be very forceful in her affection however she truly cares for Godou.

Liliana Kraňčar is a member of “Bronze Black Cross,” a magician organization based in Milan. Known as Erica’s rival, she also holds the rank of Great Knight. Wielding her sword Il Maestro, her swordsmanship is on par with Erica; however, her true strength lies in Witchcraft. She has fairy-like beauty and a strong sense of duty. She falls for Godou and swears as a knight she will serve him for eternity.

Yuri Mariya is a part of the Japanese Magician’s Society -History Compilation Committee- in an elite group known as the Hime-Miko. A miko with a strong Spirit Vision which allows her to obtain visions from objects. She is originallly fearful of Godou due to her previous encounter with the Campione Marquis Voban. She later opens up to and falls for him, becoming one of his allies.

Campione! Matsurowanu Kamigami to Kamigoroshi no Maou
(カンピオーネ! ~まつろわぬ神々と神殺しの魔王~)
Is a Japanese light novel series by Jou Taketsuki. It was adapted into a manga series in 2011 and was adapted into an anime television series that began airing on June 28, 2012.
OP
S1. “BRAVE BLADE!” ~ Megu Sakuragawa
ED
S1. “Raise” ~ Yui Ogura
WEB