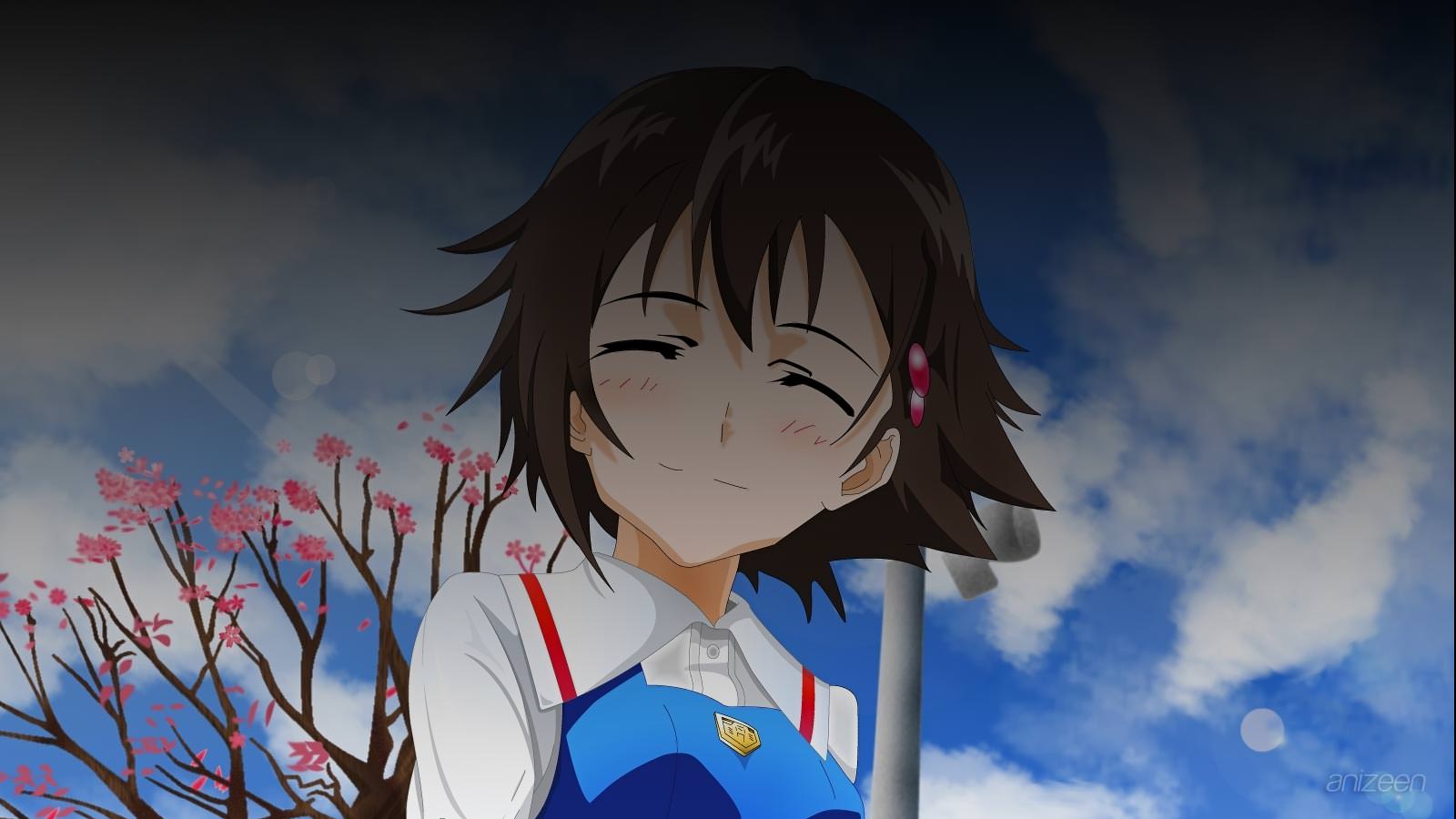 True Tears revolves around a high school student named Shinichirou Nakagami with a high artistic ability. He lives with his mother, father, and fellow high school student Hiromi Yuasa who moved into his house after her father died. Her father had been a close friend of the family, so it was natural for Hiromi to come stay with the Nakagami family; since she came to live in their home, one year has passed.

Shinichirou has known Hiromi for years, but before he had always treasured her smile, though now she acts coldly when at home and he cannot bring up the nerve to talk with her either. When she is at school, Hiromi is popular, always smiles, and is talented in sports, but Shinichirou knows she must be hiding things inside her.

At school, he meets a strange girl named Noe Isurugi who wishes him misfortune after Shinichirou teases her. After a bit of bad luck, he reconciles with Noe by crafting a chicken out of a tissue box and finds out from her that she “gave her tears away”.

On a daily basis, Shinichirou is the local rich kid, he is supposed to heir a sake brewery, the family business. But he isn’t interested in taking over his father’s business. Instead Shinichirou dreams of being an author of tear-jerker romance mangas. But whenever Shinichirou tries to come up with a believable scene of a girl crying he gets stuck for the lack of real experience at watching “sad girls” cry.

Shinichirou does have some potential models available to him. Besides Hiromi, there is Noe, a girl obsessed with heights and with chickens. Hiromi, is permanently depressed by the loss of her father, and Noe becomes depressed by the death of her favorite chicken. Unfortunately for Shinichirou, neither girl is willing to cry in front of him so easily.

Shinichirou Nakagami is a male high school student who enjoys art. He lives with his mother, father, and childhood friend Hiromi Yuasa. She used to smile around him, though does not anymore when at home. Shinichirou longs to see her smile again which he loved so much as a kid. He is living a relatively normal life until he meets a strange girl named Noe Isurugi who curses him with misfortune after he teases her a bit, though he reconciles with her soon after. Shinichirou is frustrated by not being able to see emotion from Hiromi, and other pressures from his family, such as a traditional Japanese dance he does not want to practice.

Noe Isurugi is an odd girl at Shinichirou’s school. He first meets up in a tree where she is picking berries for a chicken she named Raigomaru in a coop on a campus. Shinichirou ends up having to catch her as she jumps from the tree since she was stuck and could not get down on her own. She likes chickens, though would only feed one of them since she says “it could fly” while the other cannot. After the chicken gets killed by a raccoon, Noe becomes saddened, but does not cry because she “gave away her tears”.

Hiromi Yuasa is a girl Shinichirou’s age and goes to the same high school as him. After her father died, she came to live with Shinichirou’s family and has already been living with them for a year once the story begins. She had been in the same class as Shinichirou since elementary school, though despite being cheerful back then, she now acts cold when at home. In contrast, she normally smiles and is popular at school. She often helps out with Shinichirou’s father’s work as they are low on man power. She is on her school’s girl’s basketball team.

Miyokichi Nobuse is Shinichirou’s good friend, and has known him since they were kids. They hang out together at school, and Miyokichi often brings up the fact that Shinichirou has an eye out for Hiromi when at school. Miyokichi is going out with Aiko.

True Tears
(真实之泪)
Is a romantic visual novel developed by La’cryma, a collaboration between Broccoli, and Circus. A PlayStation 2 port is due to be released on March 13, 2008. An anime adaptation produced by P.A. Works, Lantis, and Bandai Visualand directed by Junji Nishimura, started airing in Japan on the TV Kanagawa television network on January 6, 2008, and is set to contain thirteen episodes. The anime is loosely based on the visual novel True Tears by La’cryma, using an entirely different story with different characters, and a different art style.
OP
1. “Reflectia” ~ eufonius
ED
1. “Sekai no Namida” ~ Aira Yuki
WEB