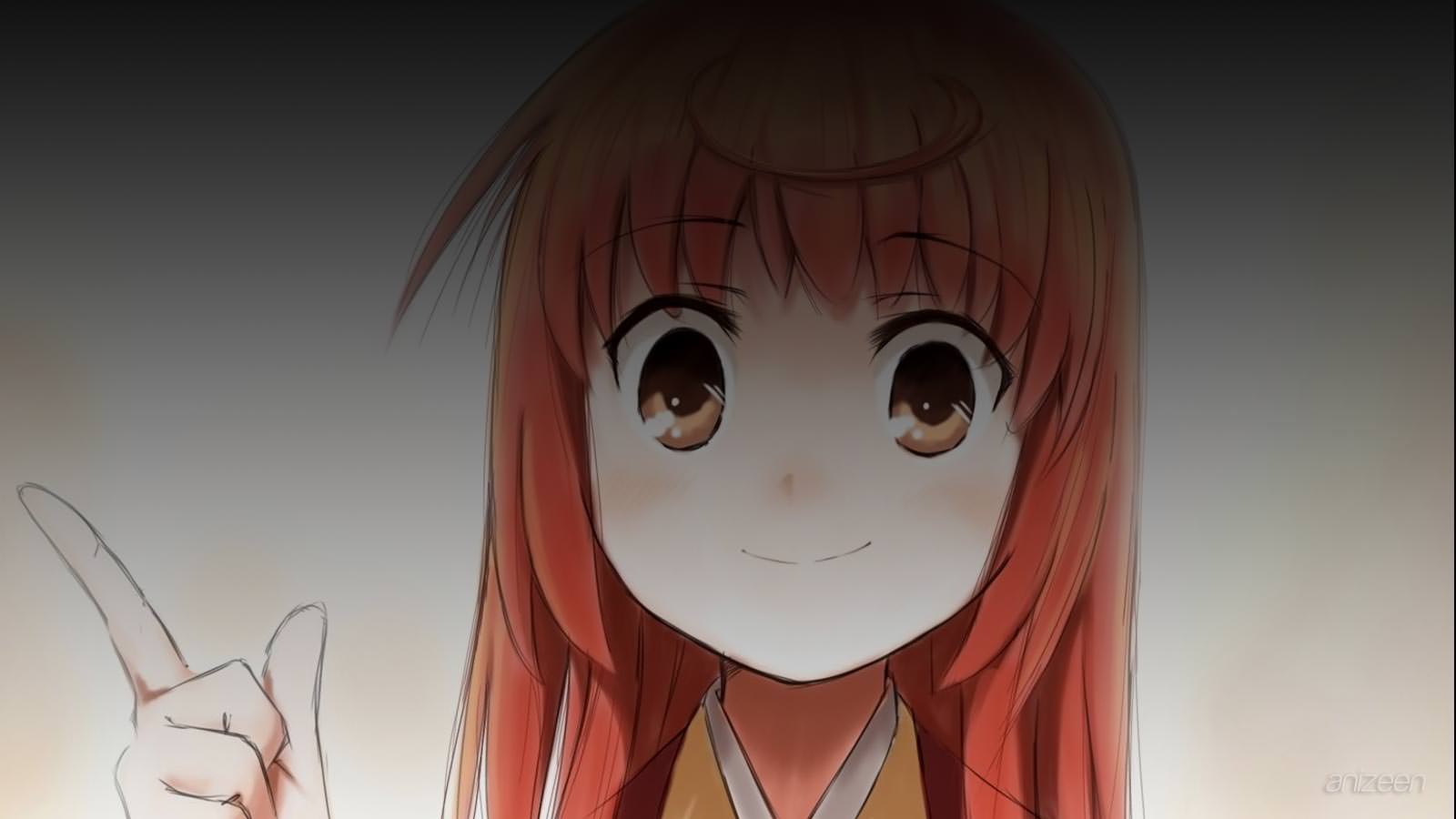 Five young comedians, Marii, Kigurumi, Tetora, Gankyou and Kukuru are in a pinch, they come from a manga with little or no gags at all and suddenly they find themselves in the middle of an anime.

Somehow, the five girls question why they were animated, and what are they supposed to do in an anime series. They all think they should act normal, but then they wonder what exactly is being normal.

Anyway, after a while, Kukuru changes the topic and recalls that they have been invited to attend a party. They are told to dress casually, but now, that means they can’t understand how casual is ‘casual’.

Marii thinks that dressing casual is confusing, that doing something like that means you should wear your daily clothes. That would mean that students should attend wearing their uniforms and that would end up being some sort of cosplay party.

But if being casual meant that you dress with the clothes you wear the most during the day? At least that’s what Kigurumi starts thinking, and as a conclusion, she says they should go to the party wearing their pajamas!

For some reason, Kigurumi’s idea starts making sense, and even Marii thinks that dressing casually means that they have been invited to a Pajama Party. At that moment, Gankyou interrupts Marii to ask her if it is true that she wears a pajama during the night.

Kukuro remembers that Marii told them before that she wears nothing to sleep. This inevitably makes Kigurumi think that Marii’s casual wear is being naked. So… the invitation is for a nude party?

As you can see, these girls will discuss random things and usually reach an unusual or funny conclusion that’s far from the initial discussion topic.

Marii Buratei behaves like Edokko and speaks in a masculine tone of Edo speech, but she is actually from Tokushima Prefecture. Despite her good looks, the way she talks and her flat chest tend to lead the others into suspecting her as a boy cross-dressing as a girl. She acts tsukkomi and often says “Don’t ask a trifling question!. Her name is a pun on Bloody Mary.

Kigurumi Haroukitei is a girl with cream-coloured hair who is the youngest girl in the group. To match her childlike figure, she often pretends to be cute in front of others, but her internal dialogue shows her true thoughts to the audience; cynical and manipulative. Her name is a pun on Hello Kitty and kigurumi.

Tetora Bouhatei is a girl who is lucky and leads a carefree life. She often leads the stories to other subjects. Kumeta introduces her as the true protagonist of the manga. Her name is a pun on bouhatei and Tetrapod.

Gankyou Kuurubiyuutei is a girl with glasses and green hair who is a cool-headed and strong. She is a childhood friend of Tetora. Her name is a pun on cool beauty and gankyou.

Kukuru Anrakutei is a girl who is very good at acting, but is really unlucky and is very emotionally unstable. Her name is a play on several words, all of which have to do with things that are very negative in nature. The pronunciation of her name refers to Anrakushi “Euthanasia” and kukuru “to hang”. Her name could also be read alternatively as kurakutei kurai, which is very similar to kurakute kurai “dark dark”.