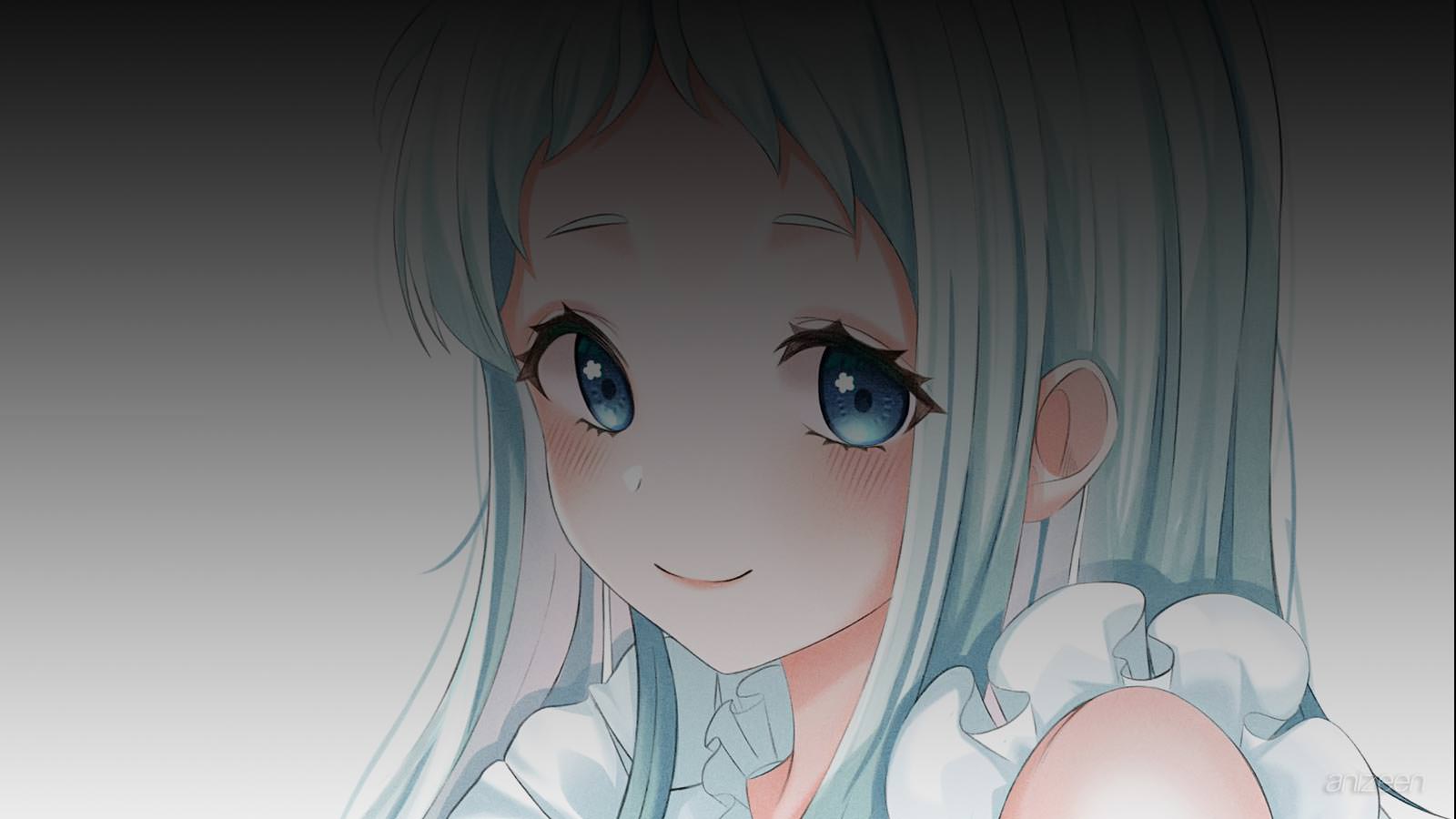 Jinta “Jintan” Yadomi is being pestered by a girl named Meiko “Menma” Honma, who only he can see. Menma says she has a wish she wants him to fulfill, but she can’t remember what it was.

Soon, she recalls that the dream was to have their friends all together again. Jintan has poor school attendance and one of the former friends, Naruko “Anaru” Anjou, drops by Jinta’s house to drop off some homework, but she is on bad terms with him.

As Menma pesters Jinta to go after Naruko and talk to her, they both go into the city where they run into two other former friends, Chiriko “Tsuruko” Tsurumi and Atsumu “Yukiatsu” Matsuyuki, the latter of which reacts harshly when Jinta accidentally drops Menma’s name.

Frustrated, Jintan runs off and leaves Menma behind. Jinta begins to recall the past when he, Menma, and their other friends were part of a group known as the Super Peace Busters that hung out together when they were children.

One day, Jinta accidentally hurt Meiko’s feelings when asked if he liked her. He decided to apologize, but she died in an accident before he could.

Back in the present, Menma visits her family’s house. Jinta decides to search for Menma so he could finally apologize and he checks out their old treehouse. Here, he runs into the last of the six old friends, Tetsudou “Poppo” Hisakawa.

Jinta “Jintan” Yadomi was once energetic and outgoing during his childhood, but has since become withdrawn and isolated. During his childhood, Jinta was the de facto leader of the self-proclaimed Super Peace Busters. After Meiko passed away in an accident, the group drifted apart, and Jinta eventually became a ‘hikikomori’. As a child, he was in love with Meiko but refused to admit it. He still believes that the Menma that materialized in his home is not a ghost, but rather a symptom of stress.

Meiko “Menma” Honma died in an accident as a child, but appears before Jinta on a summer day. Although she is aware of her death, Meiko is very talkative and lively. She greatly values the childhood memories and friendship she once shared with the others, and has very few memories other than recollections of her friends, including that she had once made a request to Jinta. When she appears, she seems to be Jinta’s age, but still retains her childlike speech and tendencies. Though only Jinta has the ability to see or hear her, Meiko appears to be able to interact with objects and is shown in scenes without Jinta present.

Naruko “Anaru” Anjou is a childhood friend of Jinta and Meiko. Naruka displays a cold attitude towards Jinta, but is secretly worried about his wellbeing. Naruka describes herself as a person easily influenced by others and had often admired Meiko, even occassionally imitating her fashion.

Atsumu “Yukiatsu” Matsuyuki is a childhood friend of Jinta and Meiko. In the present, Atsumu holds a condescending and hateful attitude towards Jinta. He becomes agitated when Meiko is mentioned and tries to hide that he is still distraught over her death. He and Chiriko attend the same elite high school, which Jinta was unable to enter due to failing the entrance exams.

Chiriko “Tsuruko” Tsurumi is a childhood friend of Jinta and Meiko. Chiriko has an extremely serious and logical personality, often looking down on Naruko when they meet. She and Atsumu attend the same elite high school and are almost always seen together.

Tetsudou “Poppo” Hisakawa is a childhood friend of Jinta and Meiko. During their childhood, he had great admiration for Jinta and frequently called him ‘amazing’ or ‘cool’. He is a world traveller that earns money by taking various part-time jobs, and lives in the old secret base when not abroad.