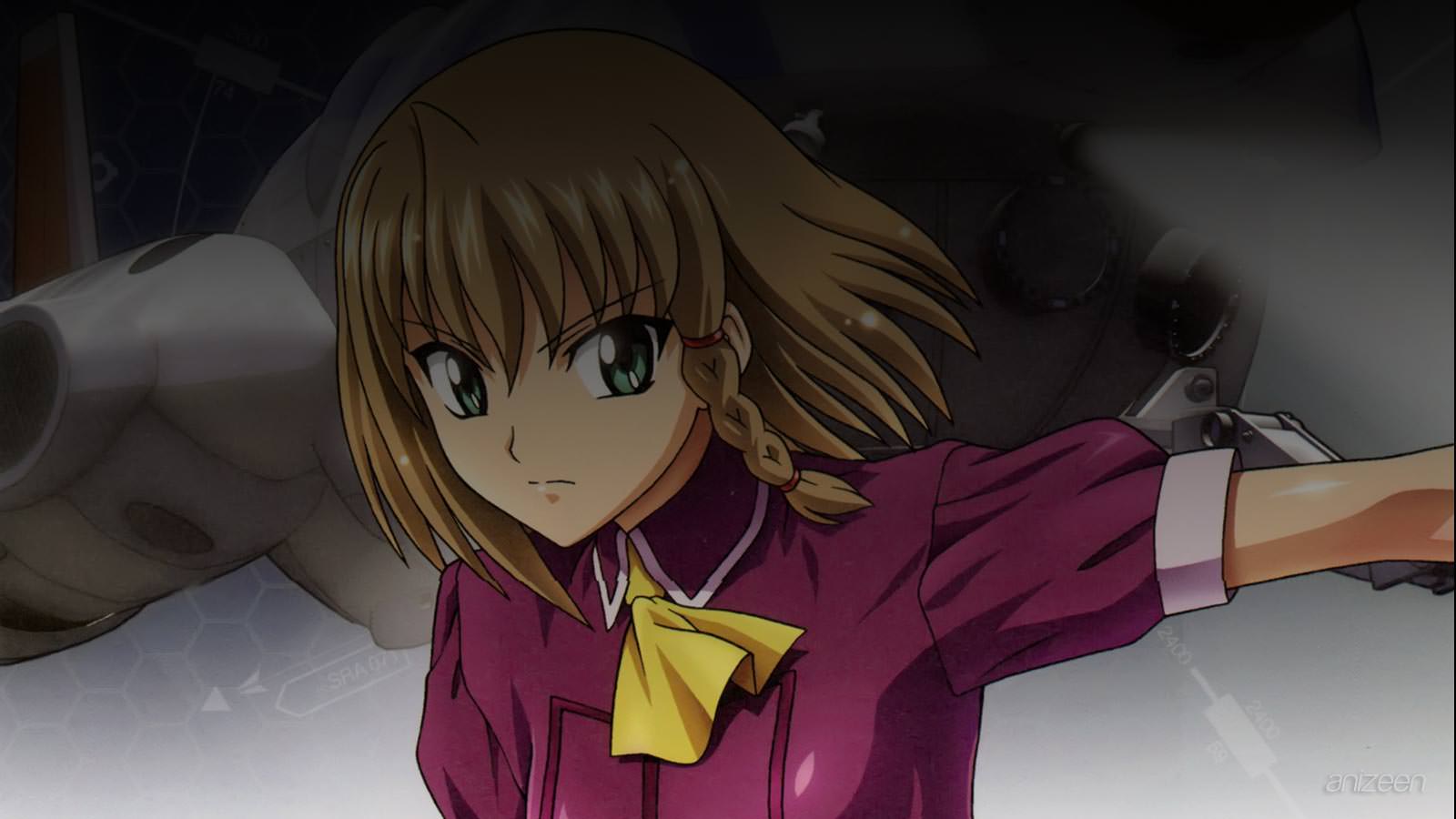 Despite being a sixteen year old teenager now, she is still being treated as a child by Gozo. Having finally gotten a license Aika started putting up posters offering her Salvager services.

At that time her classmate and president of the Treasure Hunting Club, Eri Shingai posted a request for her.

Aika glady undertake Eri’s request and boarded Eri’s private cruiser. Onboard she learned about the mysterious girl called Karen who is the reason for the request. That night Aika was assulted by high school girls and Karen was almost captured. What secret does Karen hold?

Aika Sumeragi is scientist parents did experiments on her when she was younger, the experiment aims to enhance the human body. But during the experiment a large scale earthquake occured, every one except Aika died. At that time she was rescued by Salvager, Gozo Aida. Gozo takes it to his hands to bring up Aika. In the future she helps Gozo in his business but now she is a newbie C-class Salvager still in training. She is always late for school. Her behavior is somehow similar to Aida Rion, her future “sidekick”. She likes machines.

Eri Shingai is the class president of Aika’s class (1-A) and founder, club president of the school’s Treasure Hunting Club. Eri is also a mystery fanatic and come from a very wealthy family. Knowing that Aika has a Class C license, she roped Aika in to help with the investiagation of Karen’s mystery.

Karen Minamino is silent, and seldom shows any facial expression, she talks only when necessary. On Eri’s investigation, Karen’s past history is unknown. Karen has a butterfly insignia on her right breast. The insignia on magnification is made up of minute numbers which decodes to the sentence “the gate of the truth will be opened by the sleeping butterfly” and a password.

Risako Nagisa is a teacher of the school Aika attends. Also the teacher advisor of Treasure Hunting Club. She turned out to be an enemy, having controlled three of the students with control devices to attack Aika and Eri and also tried to take Karen away. Her true motives are still unknown.

AIKa R-16: Virgin Mission
(AIKa R-16：处女任务)
Is an anime OVA series by Studio Fantasia. It is the prequel to the Agent Aika (AIKa) OVA series which is also by Studio Fantasia. The series takes place 10 years before the events in Agent Aika. This series also celebrates the 10th anniversary of the original AIKa OVA. On April 25, 2007 the first volume of the three part OVA AIKa R-16: Virgin Mission is released in Japan, it is a prequel to the first OVA detailing Aika’s time as a teenager. Virgin Mission 1 is released on the same day Trial 1 was released 10 years ago.
OP
S1. “Sailing To The Future” ~ Ami Koshimizu
ED
S1. “Rise” ~ Ami Koshimizu
WEB

OP ~ Sailing To The Future