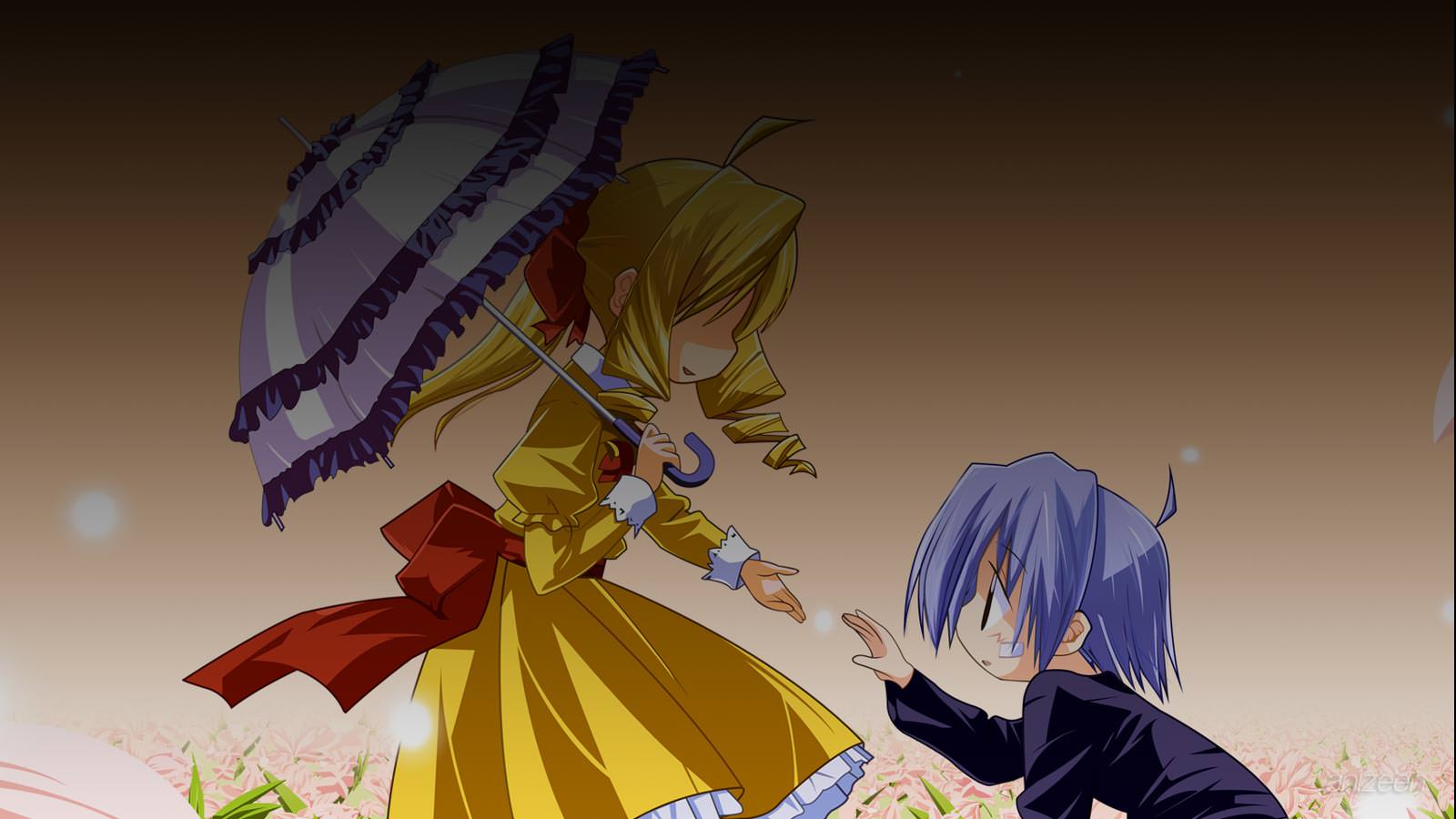 Sixteen-year old Hayate Ayasaki is the industry’s fastest delivery boy, but he was fired after his employer found out that he was underage. Forced to support his irresponsible parents, who are unemployed, since he was nine, he is shocked to learn that they got his monthly payment of 170,000 yen.

Returning home on Christmas Eve, he finds that they lost all but twelve yen gambling away his salary and garnered a 156,804,000 yen debt to the yakuza, who they pay off by selling Hayate’s organs.

Escaping from the yakuza, Hayate decides to kidnap a young girl named Nagi Sanzenin for ransom money, but fails miserably by giving away his own name. In addition to that, Nagi mistakes his asking for her to come with him to be a confession of love.

Just as Hayate lies down and waits to freeze to death, a bike runs over him and he meets Maria, who is looking for Nagi. Hayate is smitten with her at first glance, though initially, he lies to Maria by saying that he didn’t know anything about Nagi.

Hayate does a turnabout when Maria gives Hayate her scarf, and shocked by her kindness, he goes off to save Nagi when she is kidnapped by a pair of brothers who were hired by the same Yakuza.

After saving Nagi, she says that she is in Hayate’s debt, and Hayate asks her to repay the debt by finding him a new job before collapsing from his injuries. This leads him to becoming Nagi’s new butler, who must protect Nagi from all sorts of trouble while performing normal duties alongside Maria, who is Nagi’s maid.

Hayate Ayasaki has had to work to support his parent’s bad habits since the age of eight, always moving from job to job, as he is fired when he is discovered to be underage. Hayate’s dad is unemployed and his mother is a compulsive gambler, which leads inevitably to their bankruptcy.

Maria is Nagi’s maid and surrogate older sister/mother, both appearing and acting in a manner more mature than people typical of her age. Because of this, even people near to her speak of her as if she is older than she really is, a pet peeve for her.

Nagi Sanzenin is the only heir to the Sanzenin fortune. She is a tomboy and has an otaku hobby with manga and anime, and draws her own manga and is good at finance and likes to learn, but is totally incapable of cooking, afraid of dark places, and has no sense of what is ‘normal’ (as in how ‘normal’ people live).

Hayate no Gotoku!
(ハヤテのごとく)
Is a Japanese manga series by Japanese manga author Kenjiro Hata. The style of the manga has a comedic gag with a slightly harem feel which constantly breaks the fourth wall. The series includes references to other anime, manga, and other things popular culture. The story is about a boy who starts a new job as a butler and the events he experiences with his employer. An anime adaptation of the manga started airing on April 1, 2007 on TV Tokyo in Japan.
OP
S1. “Hayate no Gotoku!” ~ Kotoko
ED
S1. “Proof” ~ MeLL
WEB