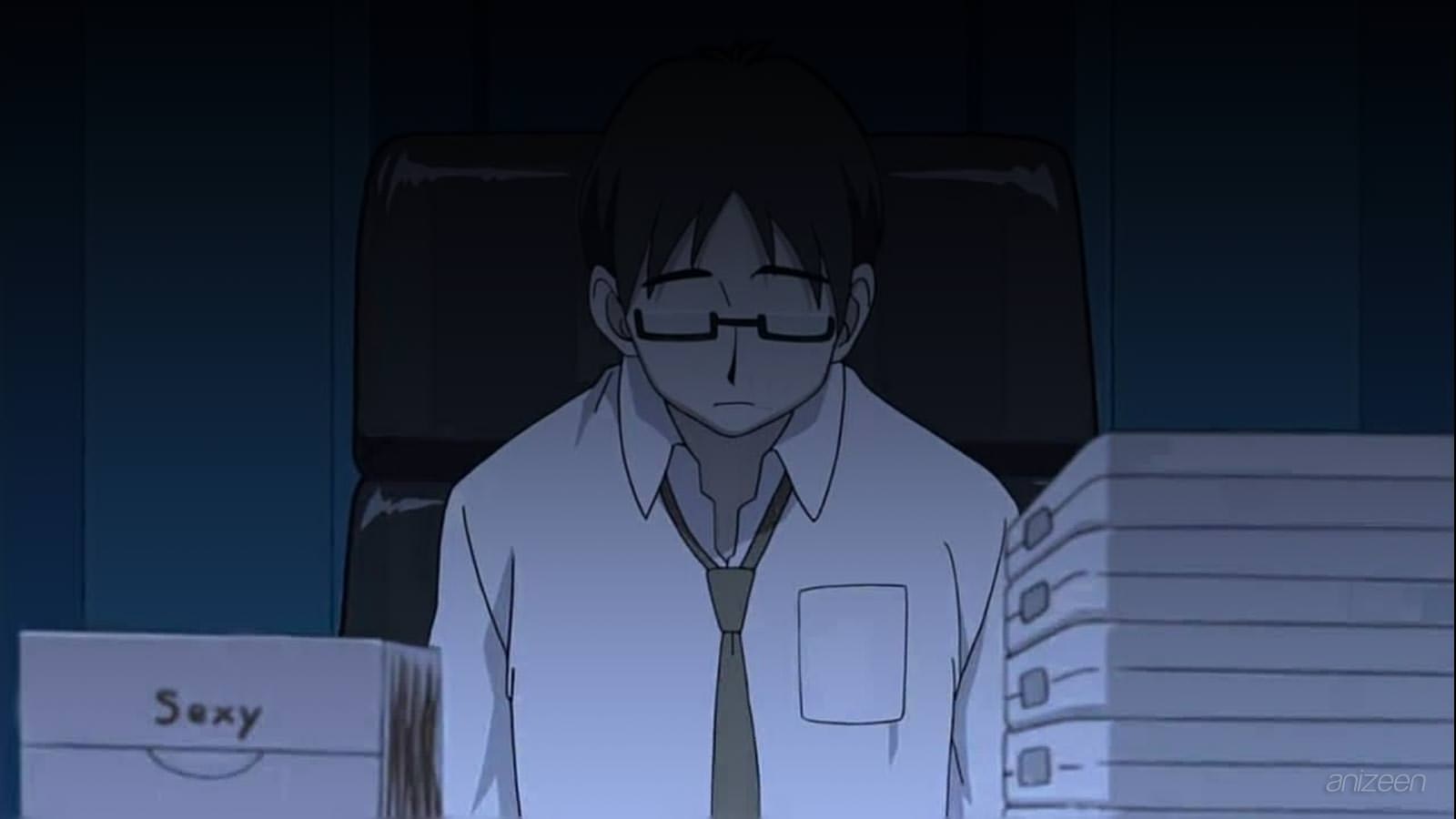 Hayao Imagawa, a 30 year old salary man, has lost any hope to find a girlfriend. That’s why he spends his nights close to Momoko-chan, one of those rubber kind of women, to keep him busy.

One of those nights when he is getting inspired, someone whispers a harsh warning right on his ear: ‘At this rate, you’ll die a virgin‘. That’s probably something that Hayao already thought, but being told that at your place, in the dark and by a naked guy, that surprises Hayao more than anything.

The naked guy is named Daigorou, he is a ‘God of Sex’, who gets rid of Momoko-chan right away. Now with no air at all, Hayao starts screaming asking for an explanation.

After many tries, Daigorou is able to tell Hayao that heaven has sent him just to help with this crude reality that is virginity. Hayao is not convinced at all, and Daigorou tries to be clear with him in so many ways.

In the end, the lessons have begun, and Daigorou starts explaining Hayao the importance of being soft and tender when the right girl comes into his life. Of course, a guy with all that hidden lust starts dreaming out loud, even at work.

After a long day, Hayao returns home, just ot be dragged into Daigorou’s insanity. There is no way he can return to his old self, and Hayao must face reality, he needs to find a girlfriend and also get rid of this annoying God of Sex.

Hayao Imagawa is a 30-Year-old salaryman who has yet to lose his virginity. Due to his lack of personal skills he is resigned to using a blow-up wife to release his sexual tension. Hayao is the subject of Daigorou and Macaron’s mission.

Natsu Andou is a 30-Year-old Librarian who has yet to lose her virginity. She is timid and keeps away from others. Natsu, like Hayao, has Gods staying with her to help her with relationships and lose her virginity. First, when she meets Hayao she rejects him, however with Pī-chan’s help and Hayao’s determination she overcomes it.

Daigorou is a God of Sexual Love sent from heaven in order to help Hayao meet women and lose his virginity. Some of his methods are a little unorthodox.

Macaron is Daigorou’s little brother. His normal-wear is the same as that of his brother’s, although he wears a waistcoat rather than a long coat. He likes drinking and dressing up in women’s clothes, for this reason, he is often used as the practice doll for teaching Hayao.

30-sai no Hoken Taiiku
(30歳の保健体育)
Is a Japanese guidebook series written by Mitsuba and published by Ichijinsha. The series is aimed at men in their 30s who have not had any romantic or sexual relationships with women. The manga adaptation by Rikako Inomoto started on the November 2010 issue of Comic Rex. The book was adapted into an anime series produced by Gathering and started airing on April 7, 2011.
OP
S1. “Koi no Doutei” ~ kanon x kanon
ED
S1. “learn together” ~ AiRI
WEB