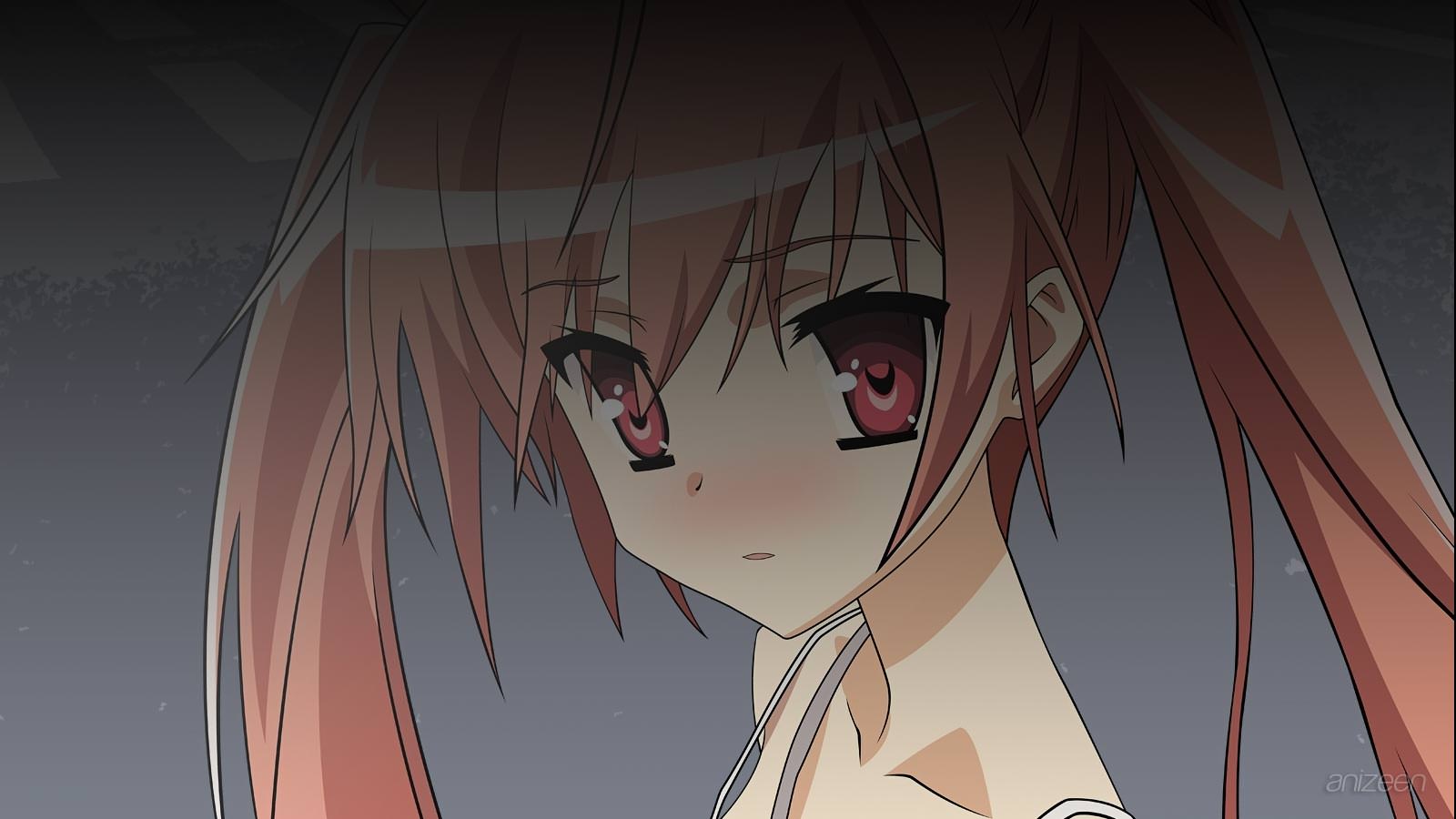 Kinji Touyama is a student at Butei High School, where special detectives known as Butei are trained to become mercenaries.

While riding his bike to school after missing the bus, Kinji is chased by a remote-controlled vehicle armed with a weapon, telling him that a bomb has been attached to his bike which will explode if he slows down, also threatening to shoot him if he jumps off.

Kinji is saved a mysterious twin-tailed girl named Aria Holmes Kanzaki. As the two end up pinned down in a gym storage locker as more of those armed vehicles appear, Aria fends them off, sticking her chest right in Kinji’s face while doing so.

The simple feeling of a girl’s chest arouses Kinji, the result, is that he enters in ‘Hysteria Mode’, where he manages to perfectly destroy the threats around him, as well as counter Aria’s moves when she complains about him being a pervert.

Finally, Kinji arrives at school just to learn that Aria has become a transfer student in his class. Later that day, Aria comes to Kinji’s house and declares him her slave.

Kinji Touyama is a student and was ranked Level E (lowest combat rank) due to missing the third term’s final examination. However, when he is sexually aroused, he enters a state known as ‘Hysteria Mode’ in which his cognitive and physical abilities increase to around thirty times his normal state, which allows him to perform feats of near-superhuman strength and skill. Hysteria Mode is a genetic trait that all members of the Touyama family possess, and is stated to be an extremely highly evolved version of the natural male instinct to protect women.

Aria Holmes Kanzaki is a transfer student of Butei High School. An “Assault” department elite rank S (The highest rank), she wishes to recruit Kinji after their encounter. She can wield two guns or two swords at the same time, earning the title of a “Quadra”. She is a descendant of Sherlock Holmes himself. Her mother is Japanese and her father is English. Her grandmother is a member of the British Royal Family, having received the title of a “dame”.

Shirayuki Hotogi is a student of Butei High School, Childhood friend of Kinji. Enrolled in Butei’s special department known as SSR. Butei rank A. She’s the current student council chairman, and president of various clubs like the gardening club, handicraft club, and girl’s volleyball club. A perfect Japanese beauty according to Kinji, except for one flaw, jealousy, which turns her into a berserker who assaults any girl approaching Kinji.

Riko Mine is a student of Butei High School, friend of Kinji. She’s enrolled in the Inquesta department; although often considered the biggest idiot in Kinji’s class, this is a deliberate facade which breaks down when she is forced into dangerous circumstances. She has a talent for intelligence assessment and, at Butei High, gossip.