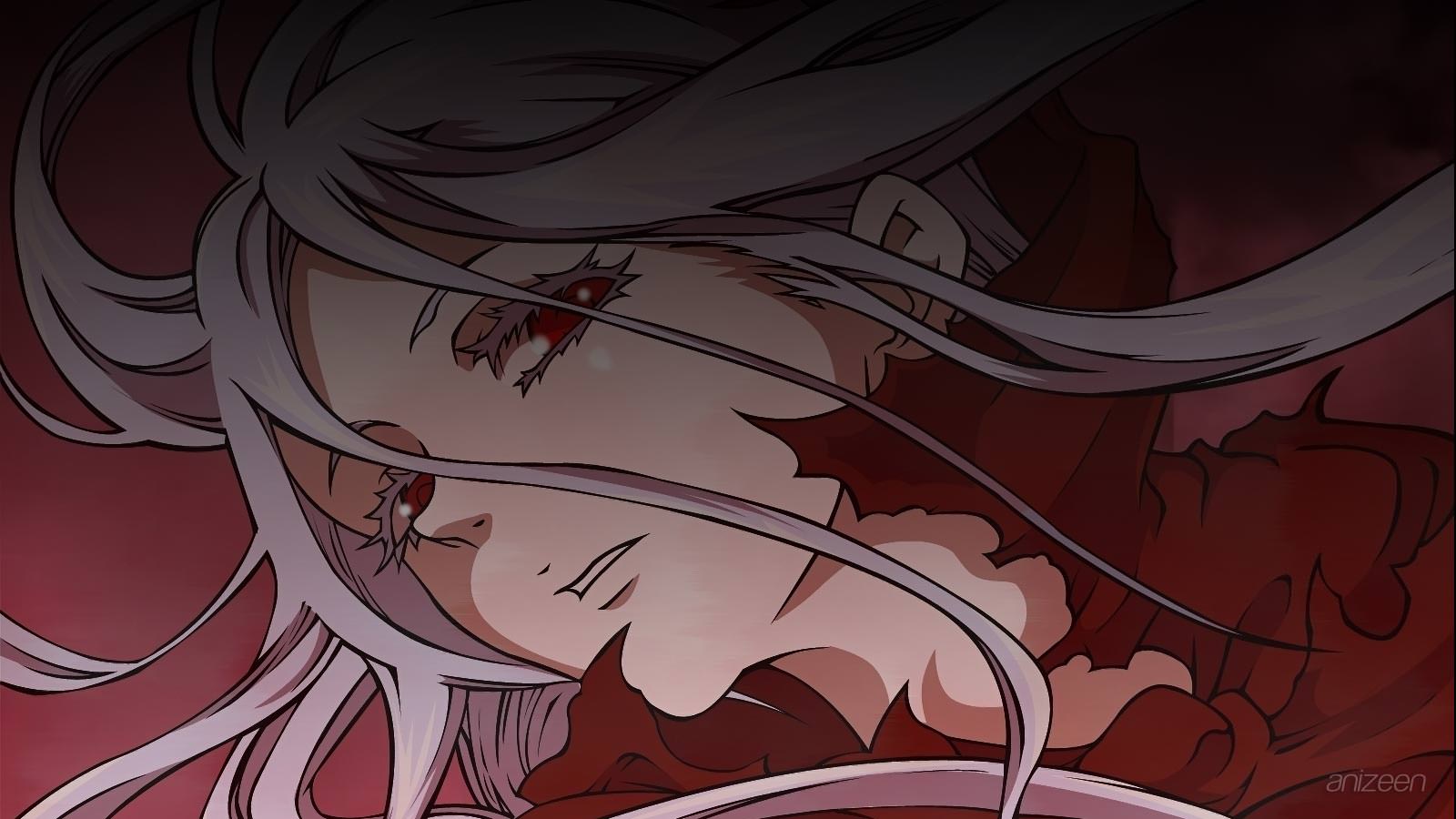 A massive earthquake ravaged Japan’s mainland and destroyed most of Tokyo, sinking three-quarters of it into the ocean.

Ten years later, Ganta Igarashi and his classmates plan for a class trip to Deadman Wonderland, a privately owned prison that also serves as an amusement park.

On their trip, a mysterious ‘Red Man’ appears, killing his entire class and thrusting a red stone into Ganta’s chest.

Being the only survivor out of the entire class, Ganta is charged with mass murder and, due to the overwhelming, and doctored, evidence against him and no way to prove his innocence, he is sentenced to death and sent to Deadman Wonderland’s prison.

Now, some of the higher ups plot to kill Ganta in an ‘accident’, but Ganta meets a strange white-haired girl named Shiro, who manages to read his heart and understand him.

When a bunch of persons start attacking Ganta and Shiro, an explosion causes a large object to fall towards Ganta. However, Ganta’s desire to keep living to pursue and kill the Red Man activates the powers that were implanted in him, allowing him to control his blood to save himself and Shiro.

Ganta Igarashi, is a seemingly harmless, ordinary middle school boy who is framed for the slaughter of his entire class, perpetrated by the mysterious Red Man. Sentenced to ‘death’ after a phony trial, he is sent to Deadman Wonderland, where he is initially confused and frightened by the brutality of the prison. Shortly after arriving, Ganta discovers he can manipulate his blood and, thus, is deemed a Deadman, a bearer of a Branch of Sin – a power that allows the bearer to manipulate its blood, usually with lethal effect. Ganta appears to have gained this power from a shard of crimson crystal the Red Man fired into his chest after the massacre at the school. As a Deadman, Ganta is forced to fight and survive in the Carnival Corpse under the moniker Woodpecker while trying to locate the Red Man, who apparently is held captive in Deadman Wonderland.

Shiro is a mysterious albino girl that Ganta encountered during his first days as an inmate. Shiro stands out among the other prisoners due to her bizarre appearance and mannerisms. To Ganta, Shiro’s manner of speaking and acting remind him of a small child, even though Shiro is the same age as him. However, Shiro possesses inhuman physical abilities and has an intimate knowledge of the prison, having apparently lived there most of her life. As children, Shiro and Ganta were close friends. Ganta, however, has no memories of his childhood, which greatly saddens and annoys Shiro.

Deadman Wonderland
(デッドマンワンダーランド)
Is a manga serial written by Jinsei Kataoka and illustrated by Kazuma Kondou, who also wrote and illustrated the Eureka Seven manga, and published in Shounen Ace since 2007. An anime adaptation began airing in April 17, 2011. An OAD will be released with the manga in October.
OP
S1. “One Reason” ~ fade
ED
S1. “Shiny Shiny” ~ NIRGILIS
WEB