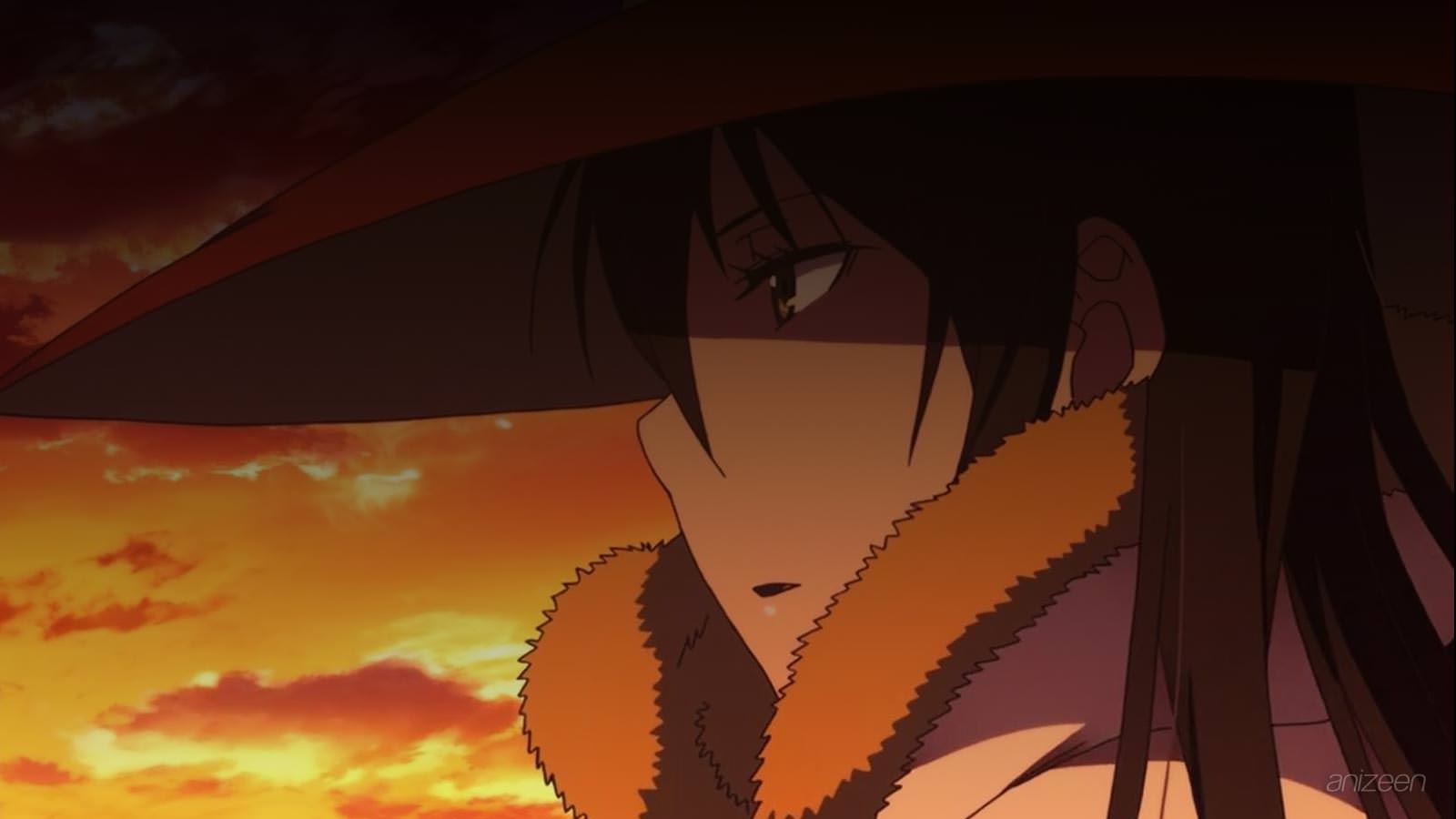 Honoka Takamiya has a boring high school life, actually, it tends to be a bit painful. Honoka seems to be in many troubles since he began the year.

From time to time, he runs into Ayaka Kagari, the most popular girl at school, who is none other than a witch, and a powerful one.

At school, Honoka is regularly bullied because he sits right next to Ayaka. Actually, there is a huge fan club, and they are all annoyed with Honoka.

One day, after the cleaning duties are over, Honoka is asked to take the garbage out, on his way to the disposal area, he founds something unusual in the trash. There is a message that predicts a building falling from the sky, as soon as he finishes reading a huge part of the school tower falls down on him.

Honoka thinks his life is over, but Ayaka appears and saves him. He is astonished and troubled but ends up static behind Ayaka as she fights back. Meanwhile, the mastermind behind the attack, Tanpopo Kuraish, stays apart and lures Honoka to separate from Ayaka.

Once apart, Honoka is surrounded and it seems he will die this time, but once again, Ayaka appears and saves him burning everything around her. Honoka asks her why she saved him, and Ayaka tells him it’s because he is her ‘princess’.

Confused, Honoka thinks he misheard her, but Ayaka repeats it and tells him from now on they will be together at school and once leaving at the end of the day.

The following morning, Ayaka sits next to Honoka in the bus and walks him to the classroom, this causes a lot of commotion and Honoka thinks everything will be a burden from now on.

Once he goes to the bathroom, the members of Ayakas’ fan club show up and demand an explanation, but before they hurt Honoka, Ayala appears.

During lunch, thinks aren’t easy going for him, Ayaka’s admirers are angry because Honoka is sitting next to her, and she is even feeding him. Honoka can’t take it anymore and runs away.

Once again, Honoka is ambushed by Tanpopo, who states he is her prey. Honoka can’t understand, but a huge force appears and fights Ayaka, who once again puts her body to guard Honoka’s.

Ayaka seems to be hurt badly, there is blood falling into Honoka’s face and he is worried to see her hurt because of him. Ayaka is calm and tells him not to worry, but he has to stop running from her.

After the Fire Witch ends the battle, Tanpopo escapes, just to return as a transfer student, but she is not alone, several witches are with her to find a way to get Honoka.