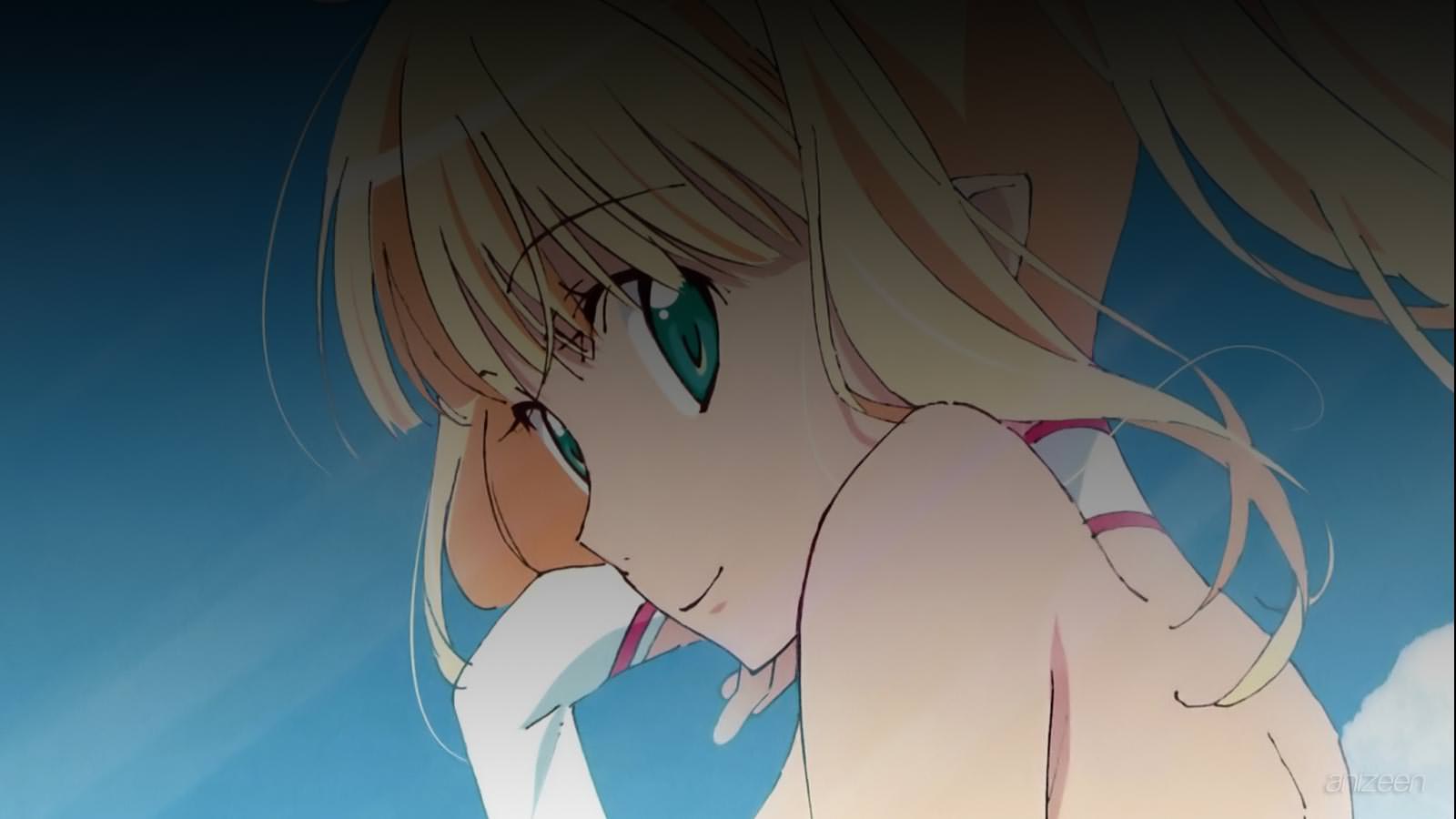 A ring falls into the sea and is found by a mermaid named Marin, who is accompanied by her younger sister Urin. They are both very peculiar mermaids, starting with the fact that they lack a fish tail, there are no scales nor gills and they wear a magical bracelet that lets them breath air in the surface.

Marin decides that the ring is incredibly beautiful, so, the human owner must be really worried about it. That’s why she thinks that she must find the human who lost it and return it. Urin goes along but is reluctant to go to outside the ocean. The two mermaids go to a nearby island where a summer festival is being held along the seafront.

At the same time Kanon Miyamori, a teenaged girl, is upset beause her boyfriend dumped her early that same day. Because of that, she threw the ring that her boyfriend gave her into the ocean.

In the festival, Kanon runs a fortune telling tent and sits there complaining all day while the two mermaids wander around looking for the owner of the ring. Eventually, Kanon hears the mermaids calling out about the ring and she runs up, grabs the ring, and smashes it to the ground.

Marin then picks the ring up and Kanon grabs it and attempts to throw it away but Marin stops her from tossing it away, Kanon asks Marin to mind her own business. Just as Marin finally gets Kanon to calm down about being dumped she sees her old boyfriend with another girl and her blood begins to boil again, and this time she tosses the ring into the forest.

Marin goes after the ring, and Urin tells Kanon that humans are mean. Urin tells her sister that they should go home because that girl can’t feel kindness and beauty, but Marin says that she can sense that the ring should be returned to the other girl.

At night, the celebration continues, and the fireworks are launched into the sky. Marin and Urin are terrified by the them and Urin gets lost into the forest around a mysterious temple. She spots the ring under a sarcophagus and tries to reach it, in the process, a seal begins to break.

Urin finally reaches the ring, but something from within the sarcophagus attracts her attention and she tries to open it, when she does, some sort of dark force is released and a stong storm starts, after that, the dark force strikes and enters in the ring.

Marin is a mermaid, she is really innocent and warm-hearted. She is the elder sister of Urin. She has long, blonde hair and is always easily distracted, she is easy going. Marin’s enthusiasm for the beauty of humans is undeniable, she is captivated by humans and their world. She looks for beauty and love above all else.

Urin is Marin’s younger sister, and somehow is more mature and thinks everything two times before doing something. She’s distrustful of the upper world. But also, as part of “another world” they lack any real hate or danger, no malice or vices found in our world.

Kanon Miyamori seems to be a bit too serious for her age, and she seems to let her feelings and emotions express themselves a little too openly. Actually, she is explosive and you don’t have much to understand why. She is a schoolgirl that is meant to become a shrine in the local temple.

Umi Monogatari ~Anata ga Ite Kureta Koto~
(うみものがたり ～あなたがいてくれたコト～)
Is based on what is said to be the most popular a pachinko, vertical pinball machines, in Japan. The “transforming magical girl action” story centers on Marin and Urin, two “pure” sisters who live alongside the fish in the sea, but yearn to be in the world beyond the water and above ground. The anime series first aired on June 25, 2009.
OP
S1. “violet” ~ marble
ED
S1. “Oumei na Inori” ~ Masumi Itou
WEB