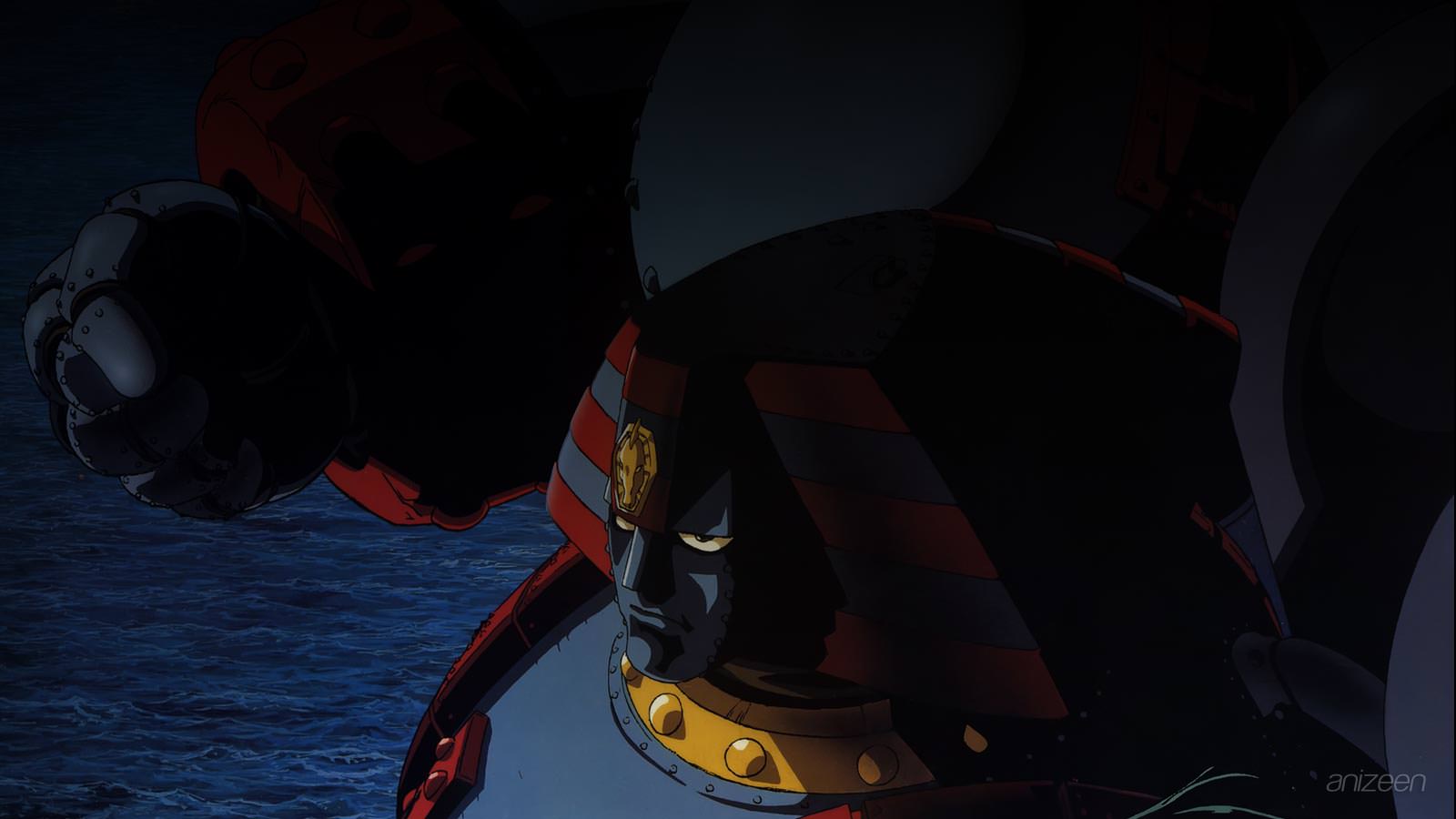 The year is 20XX. Mysterious huge robots called “Giant Robo (GR)” started to appear all over the world and destroy cities.

The earth was covered with fear. And their next target is Japan! Our hero is Daisaku Kusama, who works in a diving shop, he encounters a mysterious girl, simply called V who leads him to make a contract with an enormous robot “Giant Robo 1 (GR1)” at the ancient ruins (Minami Yonaguni Island) in Okinawa.

He made a contract with UNISOM and was approved to be a commander of GR1. Thus his battle has begun against GRO (bad guys) and creates a lot of dramas. Before long, Giant Robo of the 21st century will ask the world the true meaning of its power.

Daisaku Kusama is a 12-year old boy who happens to own the wristwatch that controls the world’s most powerful robot! However, this is hardly fun and games. Robo’s power is a huge responsibility. Daisaku feels that he should use Robo to help the world, as his father wanted him to.

V is a mysterious girl who looks like 12 years old who appears in front of Daisaku unexpectedly. She predicted that Daisaku will make a contract with GR1.

Alex McKenzie is a woman with career who is very faithful to her work. She was in charge of the investigation and excavation of GR, so she went to the ancient ruins in Minami Yonaguni Island.

GR -Giant Robo-
(GR -ジャイアントロボ-)
Is a tokusatsu, anime and manga series created by Mitsuteru Yokoyama. The series is based on Giant Robo, produced by Toei Company Ltd. in 1967. A third Giant Robo series consisting of 13 episodes will broadcast January, 19 of 2007. It was reported that a 2nd or 3rd season would follow sometime 2008.
OP
S1. “Answer” ~ rockwell
ED
S1. “It was Yesterday” ~ Youna
WEB

ED ~ It was yesterday