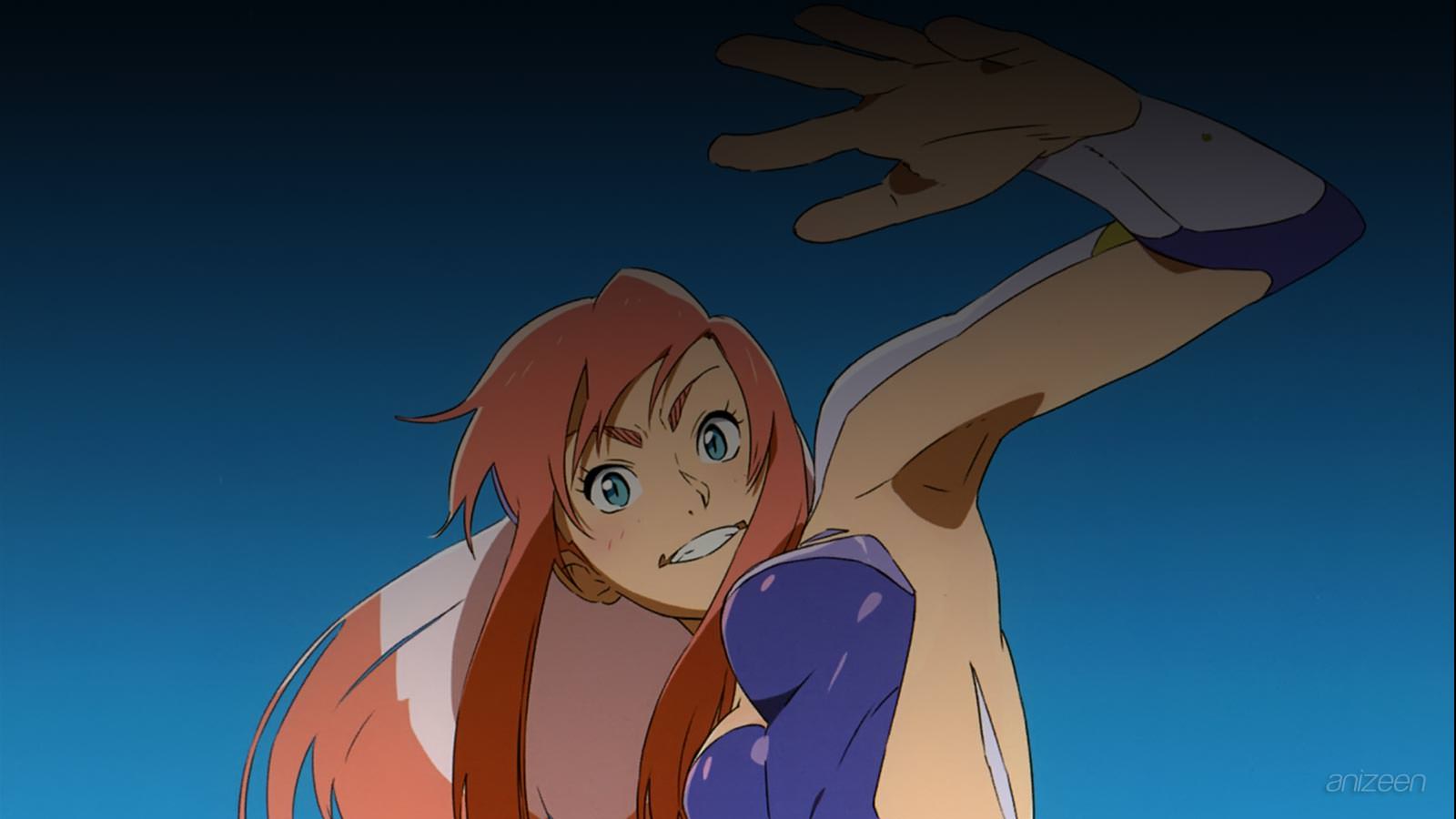 Tsutomu Senkawa is an average high school kid who is busy studying for his senior entrance exams. Tsutomu goes out for some fresh air, after a hard day’s work studying for a big test, when he runs into a guy fleeing from a pretty young lady.

The pursued man is actually an interplanetary criminal on the run from a Federation agent called Birdy Cephon Altera. Caught in the midst of this chase, Tsutomu gets thrown by the man at Birdy, which kills Tsutomu. Fortunately for Tsutomu, there is a way to keep him alive, although he ends up merged into Birdy’s body and must remain so until the repair of his body is complete.

So Tsutomu is stuck sharing a body with a rather attractive, yet very strong but impulsive, space police agent, while trying to keep his apathetic family and more importantly, his girlfriend, from finding out about his woman problems.

In the meantime, to make matters worse, Birdy still has to do her job. Together, they take on a rather secretive group of evil aliens planning to perform maniacal experiments on the unsuspecting inhabitants of Tokyo.

In Tetsuwan Birdy Decode, federation investigator Birdy chases the space criminal Geega through space to Earth, where he hides in the entertainment industry under a human disguise. Birdy goes undercover herself, posing as famous model “Arita Shion” that often uses a ‘space girl’ look.

A male student, Senkawa, stumbles upon a fight between the two one night in an abandoned building only to be severed in half as he is used as a shield by Geega against Birdy. Birdy heals him from imminent death in some fashion- but Senkawas body, and life, are now changed and permanently linked to Birdy.

Birdy Cephon Altera is a Federation police officer, she heads to Earth in order to pursue alien criminals after they went to use the planet to seek refuge. During one of her missions, she accidentally kills Tsutomu and has to fuse with him to save his life. In the 2008 anime, her false identity on Earth was rising Japanese idol Shion Arita. She is accompanied by a shape shifting alien named Tute.

Tsutomu Senkawa is a high school student who had his body fused with Birdy after being killed during her confrontation with an alien criminal. Birdy uses him to maintain her cover on Earth.

Natsumi Hiyamiya is one of Tsutomu’s female friend and classmate. She is usually woried about Tsutomu,specially because he tends to have problems at school, of course, he has more important duties from time to time, all because of Birdy.

Tetsuwan Birdy Decode
(鉄腕バーディー DECODE)
Animated by A-1 Pictures and produced by Aniplex, premiered in Japan on TV Saitama and other broadcast networks from July 4, 2008. The series is directed by Kazuki Akane, director of Vision of Escaflowne, written by Hiroshi Ounogi, with its character designer and overseeing animation director being Ryo Timo. The series is featuring a different seiyuu cast from the original OVA series.
OP
S1. “Sora” ~ Hearts Grow
ED
S1. “Let’s go together” ~ Afromania
WEB