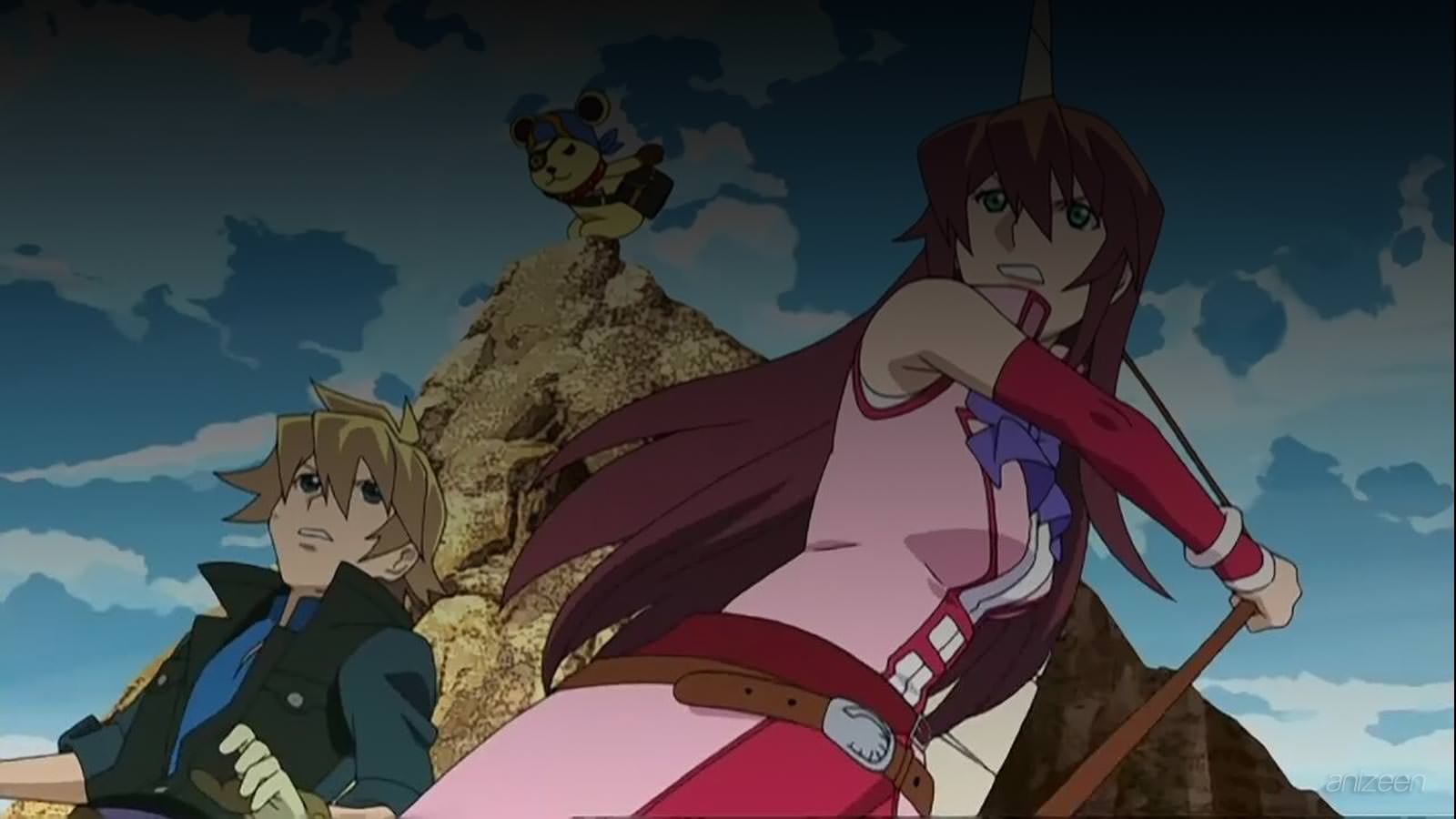 The story revolves around a young man, Kylie, who possesses immense destructive powers even though he does not know why. The female lead is Morte, a young woman with a tragic past and who is part of a terrorist organization plotting to destroy the world.

In a relatively high tech swords and sorcery world where Furries rule and Humans quiver in their boots, a group of human rebels plans to destroy the world. The currently identified leader of the rebels, Morute, is in disguise and eating in a Furry restaurant when Government soldiers show up to arrest her.

So Morute grabs hold of a boy who is working in the restaurant and holds him hostage. But the boy, Kirie, is a human working as a Furry in disguise, and when Morute knocks off Kirie’s fake Furry Ears the soldiers decide that they are both terrorists and begin to shoot at them.

Morute has a huge blade with her that she uses very effectively against the Government soldiers to make her escape. But Kirie runs away with her, in the end, they become reluctant partners, along with a Detective Teddy Bear who is highly skilled at combat.

The “world destruction” part of the title comes from the black, spherical “trigger” for the world’s destruction that Morute happens to have with her. But Morute doesn’t know how to activate the trigger, although when Kirie handles the sphere it turns swirly green and radiates great power.

Morte Aashera is the main female protagonist of the series, she sports long hair and wields an enormous blade as her weapon. She is part of the World Destructionist Committee, a terrorist group dubbed by those who seek to capture her. In her possession is the Destruct Code, an orb said to hold the power to destroy the world.

Kyrie Irunisu is the main male protagonist of the series, he seems weak in appearance. He travels with Morte and soon discovers the Destruct Code mysteriously reacts strongly in his hands.

Agan Maadoru is a young man sporting mostly green clothing and a hat, he is willing to offer his services to the highest bidder.

Toppy Topuran is an otherkin resembling a teddy bear, he wears accessories not unlike a pirate’s. He ends most of his sentences with “kuma”, which literally translates into “bear” in Japanese.

Lia is a female otherkin who appears to look young, but has actually lived for a long time. She wields a pair of handguns as her weapon of choice and is able to transform herself into an aggressive mode when the need arises.

Naja Gurefu is a male otherkin with wolfish features and a clever disposition, he is part of the World Salvationist Committee and is in pursuit of the Destruct Code.

World Destruction: Sekai Bokumetsu no Rokunin
(ワールド・デストラクション ～世界撲滅の六人～)
Is a role-playing game developed by Image Epoch and to be released by Sega in Japan in September 2008 for the Nintendo DS. The design team includes key members of Square’s old Xenogears development team. An anime adaptation for the game by Production I.G began airing on July 8, 2008 in Japan. Also the manga adaptation began on July 2008.
OP
S1. “ZERØ” ~ AAA
ED
S1. “Kaze no Kioku 〜to the end of the world〜” ~ Aimmy
WEB

ED ~ Kaze no Kioku 〜to the end of the world〜